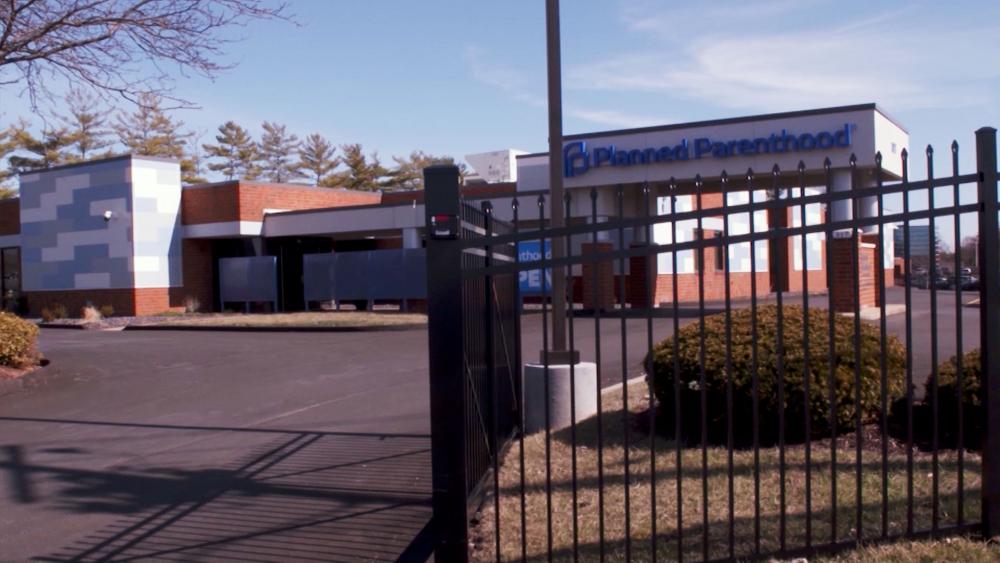 ST. LOUIS, MO – Both sides of the war over abortion are increasingly taking the battle to the states, in anticipation of the possibility of a post-Roe v Wade world.

It's an especially heated battle in St. Louis, where the last abortion facility in the state of Missouri stands. Just minutes across the Mississippi River in Illinois, Planned Parenthood has recently opened a new abortion facility, designed to attract pregnant Missouri women.

Brian Westbrook, the executive director of the St. Louis Coalition for Life, says it's possible that the St. Louis facility will close this year, as the state health department pushes to revoke its license, citing four cases of what it calls "failed abortions."

"Our hope is that Missouri would become the very first abortion-free state. I think we are well, well on our way," says Westbrook.

That possibility has been years in the making. It's bolstered by a solidly pro-life state legislature and governor in Missouri and some 70 pregnancy centers around the state that care for pregnant women in crisis.

The Archdiocese of St. Louis has also strategically opened a ministry on a piece of property immediately adjacent to the St. Louis facility. At Our Lady of Guadalupe Convent, the sisters pray throughout the day for the women going to get an abortion right next door.

They also offer hospitality and a never-ending supply of homemade cookies to the Coalition of Life volunteers that greet both clients and staff as they enter the property.

The volunteers, known as sidewalk counselors, practice a new approach known as the "St. Louis method." It encourages counselors to offer the women driving up a friendly greeting along with free resources.

"The St. Louis method is focused on her, the woman in the car. It's about forming that relationship right away. It's about what I can offer her," says Tebeau. "We know from what women have told in study after study that they're under an unbelievable amount of pressure."

This offering of services like free pregnancy tests and ultrasounds can literally turn cars around and persuades one in 100 women to go elsewhere for help says Westbrook. In the last nine years, more than 2,500 cars have turned around.

Illinois Could Soon Become the "Abortion Capital of the Midwest"

Just across the Mississippi in Illinois – there's a completely different environment around abortion. Mary Kate Knorr, the executive director of Illinois Right to Life, is on the frontlines. Last year her home state stripped a number of safety requirements for abortion facilities via the Reproductive Health Act and this year its abortion-friendly legislature is looking to wipe out the state's parental notification law.

Knorr opposes the bill and says it could especially hurt trafficking victims. "This law is considered a checkpoint in the event that girls as young as 10 years old are being trafficked and brought into abortion clinics to continue that cycle of trafficking by putting a stop to their pregnancy," says Knorr.

"Their strategy is they're going to leverage Illinois, New York, Virginia amongst other states across the country to make up where they're losing their bottom line in states like Alabama, Georgia, Louisiana, etc.," says Knorr.

Huge Planned Parenthood Clinic Opens – And No One Saw It Coming

Just last October, Planned Parenthood opened a new abortion facility in Fairview Heights, Illinois, just across the river from St. Louis. After months of secretly renovating an existing property, its opening surprised and shocked many government and business leaders in the small southern Illinois community.

Financial planner Mark Burgdorf grew up in town and says no one saw it coming. "We just knew it was a medical facility. They had done everything right. They kept it all undercover," he said.

Planned Parenthood has announced that it hopes to serve 11,000 patients at the facility in its first year. The news has galvanized Burgdorf and other like-minded citizens to create a variety of services for pregnant women. They're also teaming up with their St. Louis allies, who have brought their sidewalk counseling to Fairview Heights.

The Goal: Draw Women Across State Lines for Abortions

"We went into some pretty deep prayer and realized that this is our neighborhood," said Westbrook. "St. Louis is a broad region that crosses the river. Most of the women who are getting abortions at the Fairview Heights location are Missouri women so if they can travel another 30 minutes east of here, we can drive that as well."

Driving across the state line for an abortion – and to try and stop those abortions – is new territory here. And it could become the new reality across the country if the nine justices in Washington decide what anti-abortion activists hope they will on Roe v. Wade.