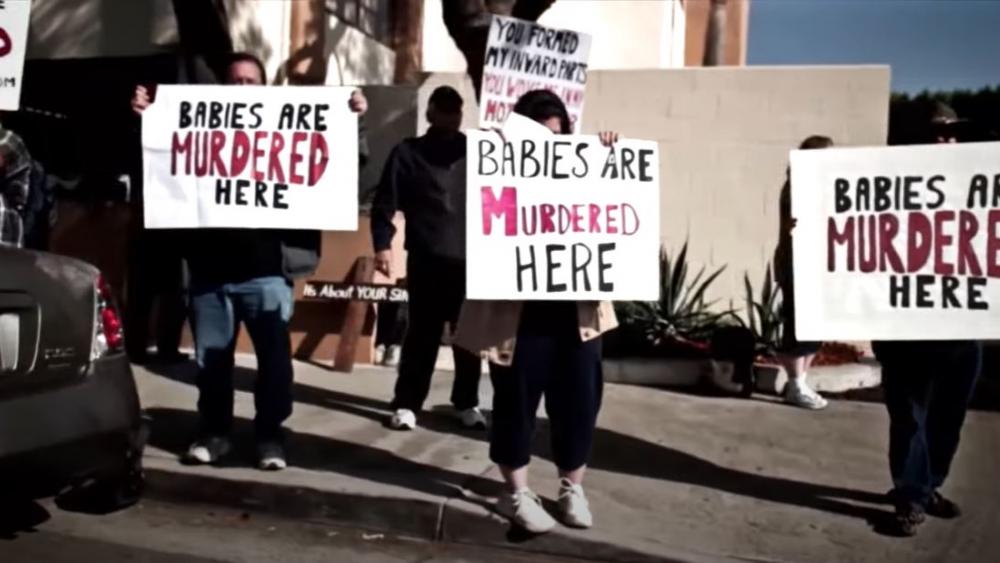 Above: Faithwire.com's Dan Andros appeared on the Monday edition of CBN Newswatch to talk more about Amazon removing the film from its platform. Newswatch is seen weekdays on the CBN News Channel.

Amazon has removed a pro-life film from its platform, citing poor customer reviews as a primary reason for the action – the only problem with this claim is the movie had mostly 5-star reviews.

“It has over 340 reviews on Amazon, most of them – 90% – are five-star reviews,” filmmaker Marcus Pittman said. ‘I was trying to figure out what about the reviews would make them determine it was not suitable for Amazon Prime,”

Pittman spoke with Faithwire Managing Editor Dan Andros about the removal. Watch the interview by clicking the video below, or scroll down to continue reading.

“I realized, if you go and read the reviews of the movie, their AI categorizes the reviews based off of keywords pulled out from the customer reviews\,” Pittman explained. “Some of those keywords were words like pro-life, end abortion, pro-life movement. That, to me, is the only reason why they would remove the movie.”

Pittman’s film – Babies are Still Murdered Here – chronicles the fight against abortion on the ground level and hears from voices in the pro-life activist community.

Babies are Still Murdered Here released in October 2019 and made its way onto Amazon Prime Video by December 2019. It’s the sequel to the film Babies are Murdered Here, also by Pittman.

Pittman himself frequently appears at abortion clinics, either chronicling the activities of those ministering to people considering abortion, or interacting with them himself. He is an advocate of the ministry End Abortion Now, which equips churches in the fight against abortion.

Pittman told Faithwire his followers were trying to share his documentary with Kanye West, who recently made several pro-life comments which received both praise and criticism.

FAITHWIRE: Kanye West Doubles Down on Pro-Life Stance with Sobering Tweet About Abortion

Pittman is asking fans of his movies to tag Amazon and ask them what happened to the movie. “There’s no recourse. There’s nothing I can do. I can’t call up Amazon and say, ‘hey, why’d you take my movie off Amazon Prime?'” The only thing I can rely on is for people to go and demand Amazon to at least look at it and see if it was a mistake and reverse course,” he said.

“That’s what I would like people to do. Tag Amazon and ask them what’s going on with this because I still believe that Amazon is under the thumb of the free market and people’s shopping decisions, so if there’s enough outrage it can be fixed,” Pittman explained.

Big tech giants such as Amazon have been criticized by Christians and conservatives alike, who are often disproportionately impacted by tech censorship. Vague algorithms and community standards are often the basis for most removals and censorship, but conservatives are leery since many of the “mistakes” that lead to bans and removals rarely hit left-leaning targets.

Pittman has not yet heard back from Amazon, and a search on Prime Video still comes up empty for Babies are Still Murdered Here.