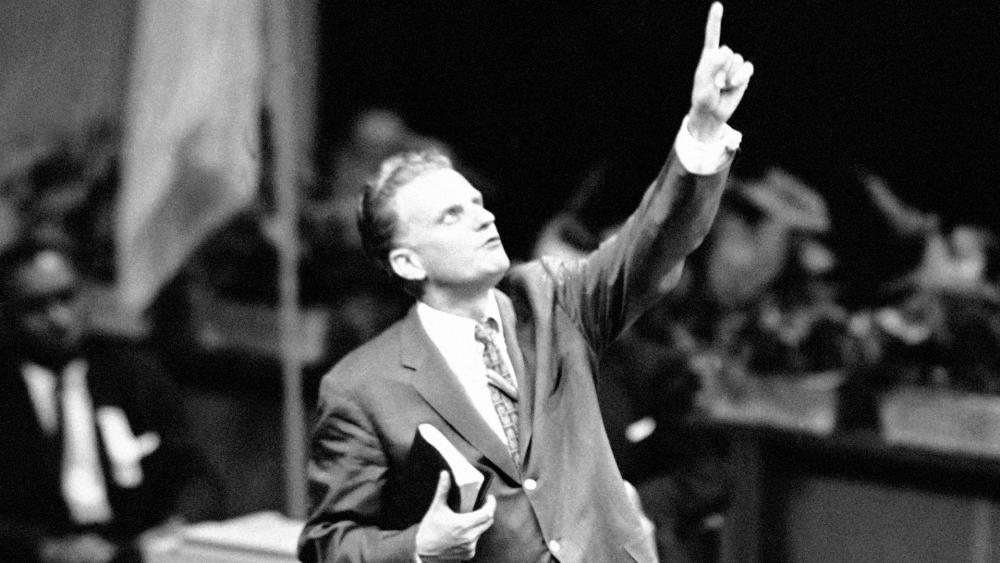 A life-size statue of the late evangelist Billy Graham is scheduled to replace a statue of a white supremacist in the US Capitol's Statuary Hall next year.

Religion News Service (RNS) reports a North Carolina legislative committee endorsed a 2 foot model of the statue of the famous evangelist by sculptor Chris Fagan. The final version of the statue will be a towering 10 feet tall. Fagan has designed and sculpted several statues of other religious figures, including St. John Paul II, and Mother Teresa.

The Capitol's Statuary Hall collection has 100 statues of outstanding US citizens. States can place two statues in the collection.

A native of North Carolina, Graham was born on a farm near Charlotte. He died in 2018. His statue will stand in the place of a statue of Charles Aycock (1859-1912), a former governor of the Tarheel State.

Aycock was one of the masterminds of the 1898 Wilmington, North Carolina, race riot and coup, in which a local government made up of Black Americans was overthrown and replaced by white officials. North Carolina's other statue is of Zebulon Vance (1830-1894), a former governor and US senator who was once a Confederate military officer, according to the RNS.

The new statue will portray Graham as he appeared in the 1960s, preaching and holding a Bible in one hand.

The idea of putting a statue of Graham in the Statuary Hall collection is nothing new.  Five years ago, former North Carolina state Sen. Dan Soucek had pushed the idea while the evangelist was still living.

"From a Christian religious point of view, Billy Graham is an undeniable worldwide icon," Soucek said. He cited the six decades Graham placed among the top 10 in Gallup Poll's list of the most admired people.

Graham's boyhood home and library dedicated to his life and ministry are still one of Charlotte's biggest tourist attractions. In addition, two state highways are named for him.

Graham's son Franklin, the president and CEO of the Billy Graham Evangelistic Association (BGEA) and of Samaritan's Purse told the RNS that his father would have wanted God to get the glory.

"My father would be very pleased that people thought of him in this way," he said. "But he would want people to give God the glory and not himself."

Partnering with the state, the BGEA is raising the estimated $650,000 for the statue and its installation. No state funding will be used.

Once the 10-foot, 10-inch clay statue is completed it will be review by a congressional committee before being cast in bronze.