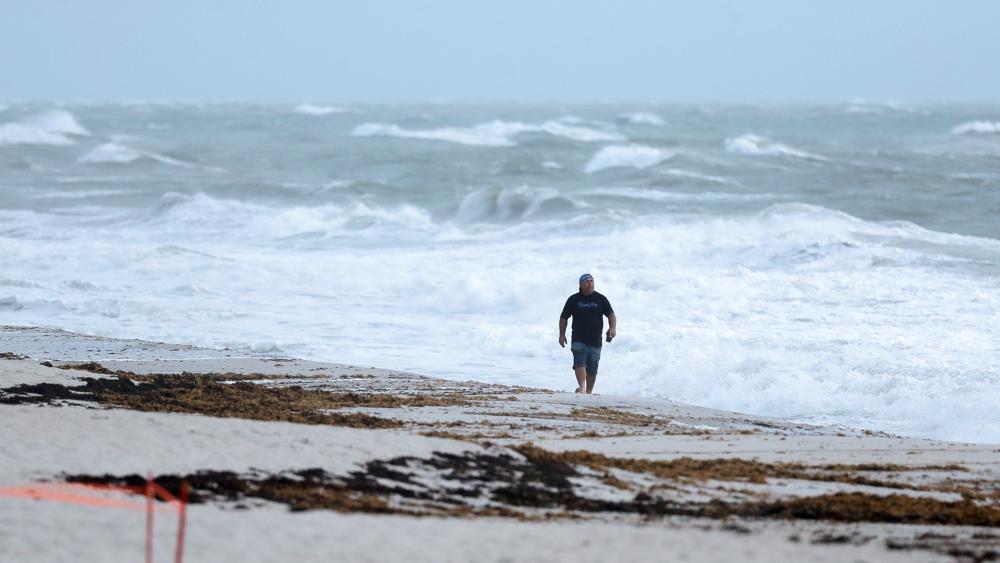 Forecasters say Isaias has been downgraded to a tropical storm after reaching North Carolina. The hurricane touched down near Ocean Isle Beach around 11 p.m. on Monday with winds of 85 mph. The storm now has maximum sustained winds of 70 mph.

“Now that the center has moved further inland into east North Carolina, the winds are now coming back down, so it has been downgraded back to a tropical storm," Robbie Berg, a hurricane expert with the National Hurricane Center, told The Associated Press.

The storm sparked home fires and triggered flooding in Ocean Isle Beach. Duke Energy reported hundreds of thousands of power outages in the area. The National Hurricane Center warned oceanside homeowners to prepare for a storm surge up to 5 feet and up to 8 inches of rain.

The National Weather Service warned all residents along the coastal communities of the Carolinas to prepare for significant flooding from heavy rain and high winds that could bring down power lines and trees.

As #GOESEast watched #TropicalStormIsaias yesterday evening, we can see all the #lightning the storm produced thanks to the satellite's Geostationary Lightning Mapper (#GLM). This imagery is also via visible band 2, which has the finest resolution of all ABI bands. pic.twitter.com/WIEWouaXpC

North Carolina's Governor Roy Cooper has issued a state of emergency for portions of his state.

"We know how to plan, prepare, and respond when it's over, nothing about that has changed," Cooper said during a news conference.

Folks from Delaware to as far north as Rhode Island are also on alert as forecasters expect the fast-moving storm to bring heavy rainfall, strong winds, and storm surge to some areas later in the week.

Meanwhile, Floridians are breathing a sigh of relief after a weakened Isaias brushed the state's eastern coast Sunday with minimal damage.

And for the first time in 45 years, two NASA astronauts returned to Earth in a dramatic splashdown after spending two months at the International Space Center.

Their capsule landed in the calm Gulf waters off the Pensacola coast Sunday as Tropical Storm Isaias was pounding the state's Atlantic coast.

The astronauts were part of Elon Musk's ambitious SpaceX project that hopes to carry people to and from orbit in the not too distant future.