'Criminals Took to the Streets with Confidence': 100+ Arrested After Downtown Chicago Wrecked by Looting, Violence 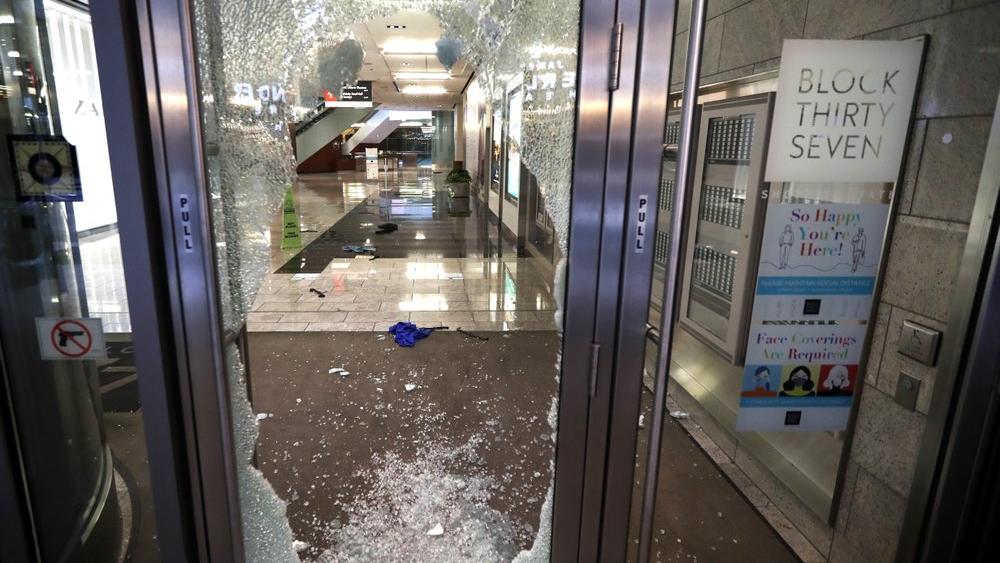 Widespread damage and disorder took place throughout downtown Chicago early Monday morning resulting in more than 100 arrests after hundreds of looters ransacked dozens of stores, including a number of luxury stores.

Over 400 police officers were called in to contain the violence. The chaos started following a police shooting Sunday afternoon after authorities say a 20-year-old man was shot and injured after he fired on police.

As the news spread on social media, mobs gathered and began rioting.

"After the shooting, a crowd gathered on the South Side," Chicago Police Superintendent David Brown said on Monday. "Following the police action, tempers flared, fueled by misinformation."

The Chicago Tribune reported that a rental truck and other large vehicles pulled up to the shopping district to drop off people.

One video posted on social media, which contains too much profanity to share, shows a woman wandering through a department store looking for a device that removes security tags.

Looters celebrated their successful efforts to crack the security device, then highlighted their plans to sell the stolen merchandise.

CBS News reporter Vi Nguyen shared a video of looters trying to break into an ATM machine, capturing themselves on camera while doing it.

Mass chaos in downtown Chicago. Hundred of people looting stores. Looters broke into a bank and ripped out the atm. They are trying to break into it. This is at State and Lake. @cbschicago pic.twitter.com/oKGrMHGADP

Police Superintendent Brown described the senseless violence as "an incident of pure criminality." At least 13 police officers were injured while attempting to contain the disorderly conduct.

"Criminals took to the streets with confidence that there will be no consequences for their actions," Brown added. "I pledge to pursue these offenders to the fullest extent of the law."

Chicago Mayor Lori Lightfoot said this was not a righteous protest.

"To those who engage in criminal behavior, let's be clear: We are coming for you," Lightfoot said. "We are already at work at finding you and we intend to hold you accountable for your actions. I don't care. I do not care whatever justification was given for this. There is no justification for criminal behavior ever."

Bridges over the Chicago River were raised around 4:30 am on Monday to limit access into or out of the area. Entry into downtown was restored and many restrictions were lifted.