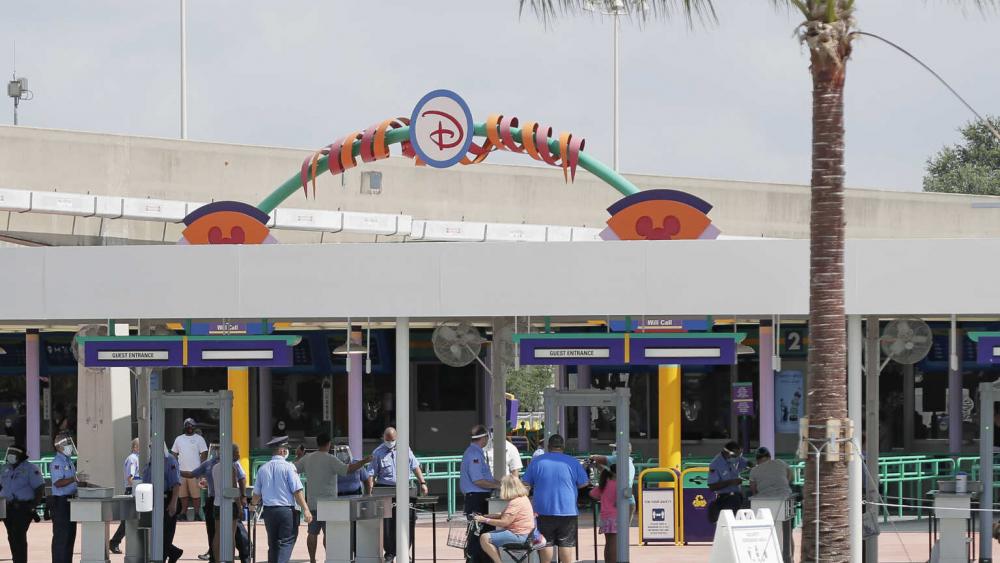 Richard Ross, a Pennsylvania man who, alongside his wife, spent thousands of dollars to take their family on a vacation to Florida, said the trip was ruined when Walt Disney World’s Magic Kingdom wouldn’t allow their 7-year-old daughter, who has autism, to enter the theme park without wearing a mask.

Ultimately, according to TheBlaze, the family ended up leaving Orlando halfway through their prepaid, eight-day vacation to the Sunshine State.

Ross described the way Disney treated his daughter and his family as “a disgrace.”

“Listening to somebody tell you it’s OK to discriminate against your handicapped child, do you know how hard that is?” the father asked in a follow-up video he posted online. “Do you know how hard it is to hear someone say, ‘Well, it’s OK for us to tell your kid [that] because they’re different, that they can’t do it.’”

On Aug. 6, the Ross family arrived in front of Magic Kingdom’s bus depot, assuming — as is the case in Pennsylvania — their young daughter would be permitted to enter without a mask due to medical exemptions allowed by Orange County, where the Disney theme park is located. However, a park staffer quickly disabused the Rosses of that assumption, telling them every one, regardless of a medical condition, is mandated to wear a facial covering to enter the Magic Kingdom.

Ross, at that point, pulled out his phone and began recording his conversation with the unnamed worker, whom he asked, “Can my daughter — who is autistic with sensory issues — enter your park without a mask, because she medically can’t wear a mask?”

“Sir, I apologize,” the staffer responded. “I know you’re frustrated. At this time — at this time, we ask that anyone entering our park.”

The father cut the employee off, asking abruptly, “Just answer the question: Are you refusing to follow the Americans with Disabilities Act laws?”

The Disney worker told him they were “not talking about any of that” but instead were discussing whether his autistic child would be permitted entry into the theme park. Ultimately, the staffer admitted, “If she comes into the park without a mask, we would refuse her entry, regardless.”

Ross told TheBlaze that, due to his daughter’s sensory processing disorder, which legally exempts her from the mask mandate, covering her face “is literally torture to her.”

A similar situation unfolded last week when a Texas woman said she and her family were kicked off a Southwest Airlines flight after her 3-year-old son, who is also autistic, wouldn’t wear a face mask. Despite having a doctor’s note explaining the little boy’s condition, the flight crew told Alyssa Sadler the plane would not depart from Midland to Houston unless her son put on a face covering.

The mother repeatedly told the captain and the flight attendants that it was “not an option” for her son to wear a face-covering due to his medical diagnosis. That, though, was not enough and the captain taxied the plane back to the gate, where the Sadlers were forced to exit.

Though Southwest fully refunded the family, the airline stands by its rigid rules.

“We communicate this policy to all customers at multiple touchpoints throughout the travel journey,” said spokesperson Dan Landson, “so we regret any inconvenience this family experienced. If a customer is unable to wear a face-covering for any reason, Southwest regrets that we are unable to transport the individual.”

All of this comes as presumptive Democratic presidential nominee Joe Biden has argued for a federal mandate requiring all Americans — through state enforcements — to wear face masks “for the next three months at a minimum,” including when they’re outdoors.