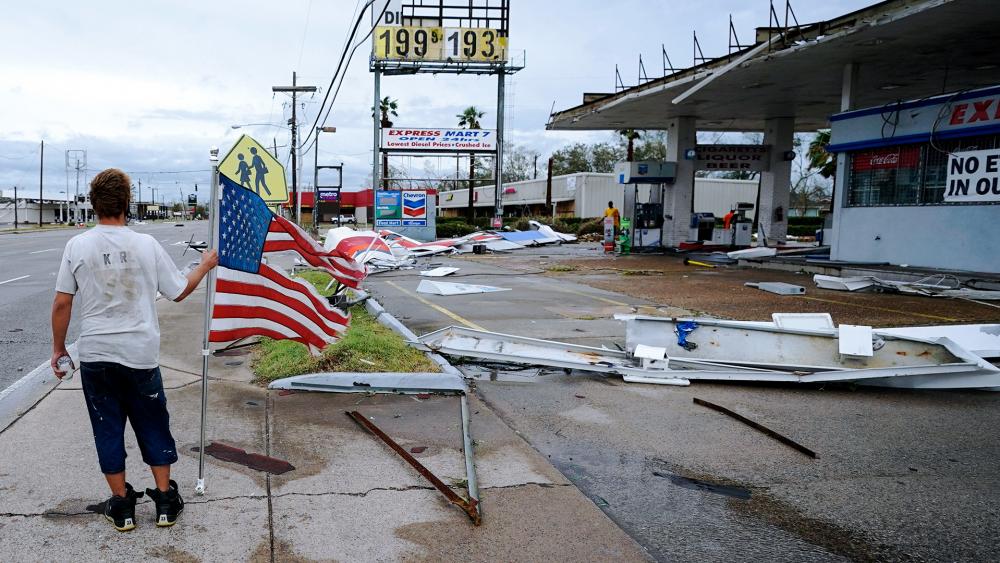 Dustin Amos walks near debris at a gas station on Thursday, Aug. 27, 2020, in Lake Charles, La., after Hurricane Laura moved through the state. (AP Photo/Gerald Herbert)
6185060965001
Hurricane Laura Moves Inland with 100 MPH Winds After Crashing into LA with 150 MPH Fury

"Folks, this is not survivable," one official warned before the monster Category 4 hurricane hit.

The catastrophic storm has since been downgraded, but it remained a hurricane even after traveling 170 miles inland after already knocking out power to hundreds of thousands of homes and businesses along the Gulf Coast. 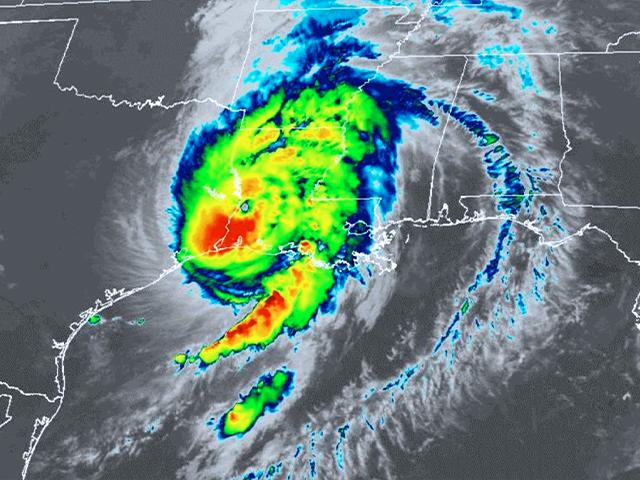 CBN News reporter Chuck Holton rode out the storm in a sturdy Louisiana building that was still hit hard as it swayed in the wind all night long and glass windows shattered.

This is what's left of the building after the 150 mph winds shattered strong glass windows and drenching rains poured in.

Laura is now moving inland and bringing with it damaging winds, rain, and tornadoes. Many hours after it arrived, the hurricane still remained an intense Category 2 with sustained winds of 100 mph.

Early reports said Laura's storm surge had already hit more than nine feet in some areas and it could go up to 40 miles inland. It could be the largest storm surge in the region since Hurricane Katrina.

Authorities had warned it could sink entire communities in Texas and Louisiana. Nearly 600,000 people in those states were given mandatory evacuation orders, though some chose to stay behind.

"If you think you're safe because you made it through Rita in south Louisiana, understand that this storm is more powerful," said Louisiana Gov. John Bel Edwards at a news conference.

“We know anyone that stayed that close to the coast, we’ve got to pray for them, because looking at the storm surge, there would be little chance of survival,” Louisiana Lt. Gov. Billy Nungesser told ABC’s Good Morning America.

Since the #GOESEast watched #HurricaneLaura make landfall at 1 a.m. EDT as a Category-4 storm, #Laura has become a Category-2 as it is moves over land. Damaging winds and widespread flash flooding are expected to continue.

Meanwhile, Laura also poses a threat to a center of the US energy industry – 84 percent of Gulf oil production and around 61 percent of natural gas production have been shut down.

CBN's Operation Blessing disaster relief teams are already at work. An assessment team has arrived in Louisiana while another delivered supplies in Grand Prairie, Texas.