WWII Veteran Celebrates 100th Birthday, Says God Has 'Been Good to Me' 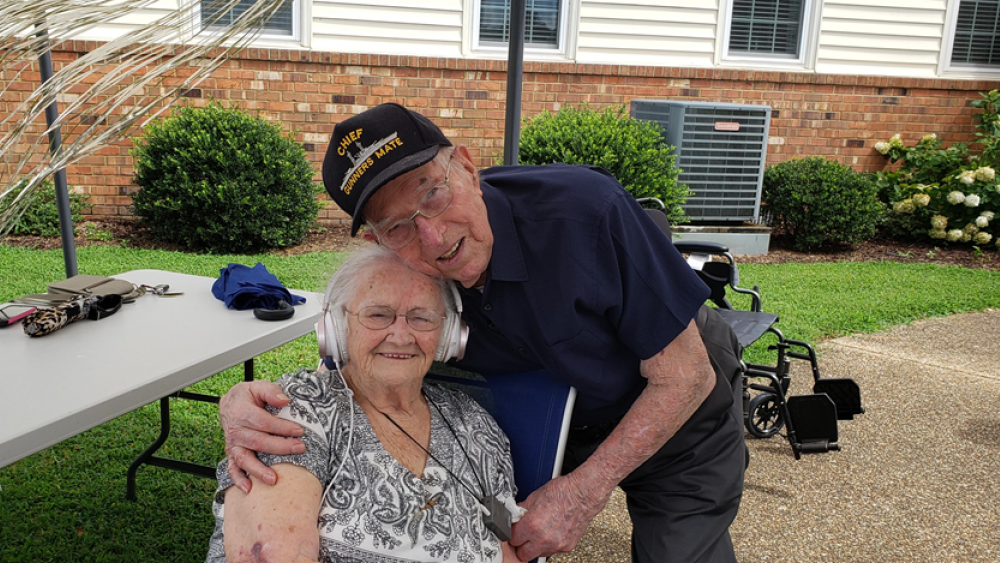 Drive-by birthday parades have been popping up around the country, allowing family and friends to celebrate together, but from a distance due to COVID-19.

Bill Macomber turned 100 on Aug 6, but his family members were unable to host a drive-by party so it was rescheduled.

His daughter, Cherry Smithson helped organize the event and was overjoyed to finally be able to honor her dad’s big day.

She told CBN News they weren't letting anything get in the way — not even the possibility of bad weather.

"We stopped looking at the weather forecast," Smithson said. "We have been looking so forward to this."

Smithson said she used to tell her father, "You have to make it to your 100th birthday," she explained.

Now that he's reached that milestone, she's encouraging him to see his wife's 100th birthday. "I tell him, you have to make it to her 100th. It means the world to me to have them both here," Smithson added.

Helen Macomber will be 99-years-old in November. The couple has been married for 76 years and the bond between them is just as strong today as it was when they were first married.

Mr. Macomber, who is originally from Georgia, settled in Virginia during the 1940s after serving in the Navy. While in the military, he was assigned to the USS New Mexico.

Since then he's kept himself busy with woodworking and his favorite pastime — scroll- saw art.

When he was 56, he went on a mission trip to Bolivia to work as a carpenter and handyman. During that trip, he helped build classrooms, desks, and chapel benches "because he felt that the Lord told him to go," Smithson explained.

One thing that has endured throughout his long life is having steadfast faith in our Heavenly Father.

Mr. Macomber cited Psalm 121 as the source for his hope:

"He's been good to me...to let me live this long," Mr. Macomber told CBN News. "He must have something He wants me to do."

And this centenarian hasn't lost his sense of humor. When asked how it felt to be 100-years-old, he said "like it feels to be 99."