'Completely Dedicated to God' and Country: Trump Lawyer Jenna Ellis and Her Quest for the Truth 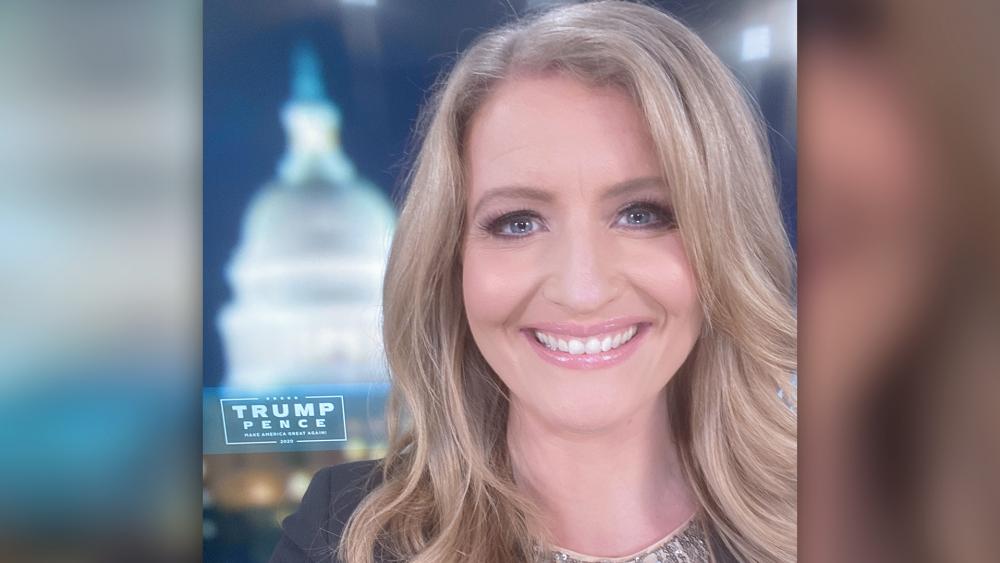 The search for truth and the battles to get there, whether seeking out evidence of voter fraud or, first and foremost, a relationship with God, usually has many twists and turns. It’s hardly easy and frequently messy. Jenna Ellis is keenly aware of that. While the rising star and legal counselor to President Trump is turning into a bonafide superstar in the conservative orbit, she has definitely rubbed liberals the wrong way with her rapid defense of this president, especially during his pursuit of election fraud in the last month and her defense of the traditional biblical principles she cherishes.

“I am everything that they hate and that they don't want to acknowledge exists,” Ellis tells CBN News. “I am a professional, very competent, young woman, who is completely dedicated to God and that’s everything that they can't stand because it flies in the face of this feminist narrative that they want to propagate.”

In vociferously championing President Trump’s legal fight, the hate against her has piled up and her faith has surely been tested. Some of it has been typical standard-fare. After Ellis came down with COVID-19, late-night talk show host Jimmy Kimmel showed a picture of her as he mockingly said, “There she is. No mask, no brain." But many comments have been far worse. She’s been called a traitor to the country, received hundreds of vile death threats and lewd sexual degradation emails and texts to her personal cellphone.

It’s been hard for Ellis but that’s when she draws closer to God. She loves the Book of Psalms. “When King David talks about all of the attacks and everything, he always finds solace and comfort in God,” she said. “He knows that God is the only one that matters at the end of the day.”

She’s known all about the things of God from an early age. She grew up in a biblically solid homeschooled family in Colorado, reading through the MacArthur Study Bible more than a dozen times (Ironically, and providentially, she now represents Pastor John MacArthur in the church’s religious liberty fight over COVID-19 restrictions in California). The Ellis home was a non-denominational evangelical one and she prayed with her parents to receive Jesus at a very young age. She asked to be baptized at the age of twelve. During this time, her homeschool experience included an opportunity to get involved in a civic group that taught about the government and the court system. She was hooked.

“I knew I wanted to be a lawyer from the time I was 14,” Ellis recalled.

But her hunger for truth and justice took an unusual and painful turn in her teen years.“When I was 16, I was sexually assaulted,” she tells CBN News. “I had to go through the whole court process, testifying and everything.” At that point, she knew she wanted to be a prosecutor and though the pain was great, she remembers lessons that came out of it. “That gave me not only more grounding in who I am as a woman made in the image of God but an understanding that God actually does work all things together for good in our lives, even if we don't understand it at the time.”

It turns out a few years later, while a student at Cedarville University, she eventually won a monetary civil suit out of the sexual assault case but, feeling like it was, ‘dirty money’ she ended up using the settlement cash to set up a scholarship endowment to benefit future students at the college. Today, it’s called the Jenna Lynn Ellis Award and provides a scholarship to students wishing to study a career in law, especially in victim advocacy or criminal prosecution.

The idea came to Ellis after hearing a pastoral message at Cedarville about how investing in the Christian life of others.

“It's been a really meaningful thing in my life, to see how God used that, to be able to encourage other students to go to law school and pursue truth and justice and use their law career to benefit God,” she said.

Ellis eventually transferred from Cedarville to pursue a journalism degree at Colorado State University. She then went on to law school at the University of Richmond. Once there, she realized the in-depth homeschooling teaching she received studying history and major civilizations chronologically, gave her a really solid foundation in American history and civics.

“Once I got to law school and looked at the context of the Constitution and the Declaration, it came from a perspective of understanding world history and why, for example, religious liberty was so incredibly important to the founders and how they understood law and the place of law and government in society because of what they had come from and what they knew about history of the world,” she explained.

After law school, she made her way back to Colorado as a county prosecutor but was soon let go when she brought to light what she saw as politically motivated prosecutions, especially in one specific case.

“It was an unethical prosecution. And I refused to do it. And I pled out the case to what it should have been,” she said.

They told her to find other employment and suggested she become a defense attorney. Seeing that as a good idea, that’s exactly what she did, moving into private practice but not before winning an unemployment claim as part of a wrongful termination appeal.

During her years in private practice, she began to branch out into her passion: constitutional law. She became an assistant professor of legal studies at Colorado Christian University where she taught constitutional law at the Master's level and developed six courses in legal studies to prepare students to go to law school. These years also gave Ellis the opportunity to take a deep dive into The Federalist Papers, the Constitution, and the Declaration of Independence. It led to a book she wrote in 2015 that made waves in conservative Christian legal circles. It's titled The Legal Basis for a Moral Constitution: A Guide for Christians to Understand America’s Constitutional Crisis.

Constitutional Lawyer Michael Farris and CEO of the legal advocacy group, Alliance Defending Freedom wrote the forward of the book. He was actually her first constitutional law professor back in high school. Through the process of writing the book, she eventually began working from the esteemed organization. Later, she would also become public policy director of the James Dobson Family Institute, a high profile position with one of the most well-known evangelicals in the country. Newspaper editorials and national television media appearances would follow. Eventually, her constant and fervent defense of the president grabbed the attention of the commander-in-chief, and well, the rest is history. Along with Rudy Giuliani, Ellis has become his top legal defender. She’s also become a top target for the liberal media.

Earlier this month, The New York Times and Wall Street Journal both printed articles questioning the depth of her constitutional law credentials, saying at one point that she is, “not the seasoned constitutional law expert she plays on TV.”

Ellis pushes back vehemently.“To expect me at thirty-six to be Alan Dershowitz I think is ridiculous,” Ellis tells CBN News. She’s quick to point out that those pieces left out many of her legal accomplishments including her legal work for churches fighting unconstitutional COVID-19 restrictions, testifying as a constitutional law expert for the Colorado General Assembly, her work for the Alliance Defending Freedom, and clerking for a Colorado judge for two years.

The criticism in the newspapers and elsewhere also points to how her name has not been signed in any of the pending court cases or that she hasn’t argued any of them in court. Ellis says that’s not her role.

“My role was to educate the state legislators on the substance of their constitutional responsibility,” she explained. “None of these state legislators had any idea about their authority under Article Two (of the US Constitution)…everybody has a different role and just because I'm not listed on a specific case, it's because local counsel is handling that.”

Ultimately, Ellis says, all that matters is that the president gets to choose his counsel and he hired her directly because he liked what she was articulating from a constitutional perspective.

“The fact that the President recognized that and brought me on to his team when I was at the time, I was only 34. That's huge. And that's something that actually should be celebrated,” she said. “If I were a Democrat and serving a Democrat, then I would be celebrated as one of the most amazing women under 40 kind-of-thing.”

Instead, the threats against her keep piling up. One message simply said, ‘you deserve to be raped,’ after she revealed her previous sexual assault, “That was just absolutely horrific,” she said.

On the legal front, she’s had over at least a dozen complaints against her at the Colorado Bar Association, calling for her to be disbarred over her defense of the president.

“The Colorado Attorney Regulation Council has said that I'm entitled to defend my client even if the people who are complaining don't agree with my position, Ellis tells CBN News. “That's not anything that runs afoul of the rules of professional ethics…“It was actually really shocking that people would take the time to try to get me disbarred simply because they hate Trump.”

As for honesty and truth, through all of the vitriol aimed at her and the mayhem that ensues from it, Ellis knows one thing for sure when it comes to what matters most.

“My security is 100% in God and who I am in the Lord,” she happily exclaims. “That’s what gives me the courage to go forward and know that I'm doing the right thing. I'm secure in God. ”