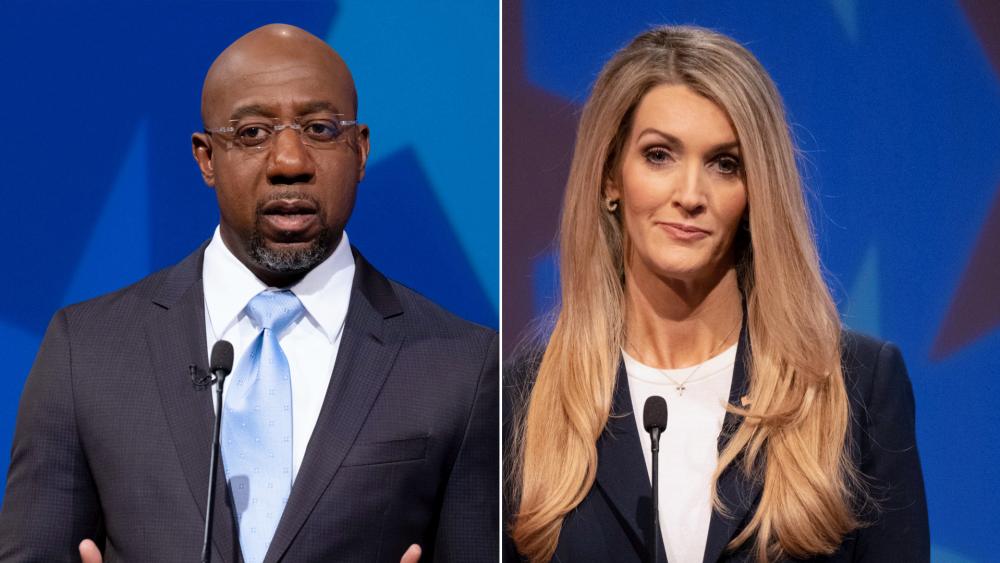 Two Georgia candidates competing in one of the state's runoff elections squared off in a debate last night with possible control of the US Senate at stake.

Loeffler said voters "...can see what is at stake. There are two visions for our country, my opponent, socialism. Chuck Schumer said it best, 'Now we take Georgia, then we change America.'"

Warnock responded, "There are those who are engaged in the politics of division, they have no vision and so they engage in division. Healthcare's on the ballot, workers are on the ballot, voting rights is on the ballot."

Loeffler repeatedly called her opponent "radical liberal Raphael Warnock," and hammered him for past statements.

"He has called on Americans to repent for their worship of whiteness," Loeffler said. "He's celebrated Jeremiah Wright, (an) anti-Semite, (and) he's actually called Israel an apartheid state."

Warnock said he cared about ordinary people and attacked Loeffler for being out of touch, going after her voting record.

"I want to point out that Kelly Loeffler actually voted to defund the police. She voted against the cops program, She was one of only 10 United States senators who did," he argued.

But Loeffler rejected that claim, saying, "I've never voted to defund the police."

One of their many key differences was over abortion.

Loeffler said, "I'm not going to be lectured by someone who uses the Bible to justify abortion."

Warnock, a pastor, said, "I have a profound reverence for life. (But) I happen to think a patient's room is too small a place for a woman, her doctor, and the US government."

And when asked about whether he favored packing the Supreme Court, Warnock said, "I'm really not focused on it."

Loeffler insisted, "He would pack the Supreme Court."

Over the weekend in Georgia, President Trump rallied for the Republican Senate candidates and called on the state's Republican Gov. Brian Kemp to order a special session over what many Republicans believe was election fraud.

Sunday night Kemp released a statement declaring that holding a special session "in order to select a separate slate of presidential electors is not an option that is allowed under state or federal law."

But constitutional law expert Alan Dershowitz said Sunday the Supreme Court may be asked to decide whether state legislators can choose Electoral College voters after the presidential election.

And Dershowitz says the US Constitution gives state lawmakers that power.

The president's legal challenges will now have to continue temporarily without Rudy Giuliani after he tested positive for COVID-19.

Meanwhile, Donald Trump's legal team is celebrating a judge's order in Michigan which is allowing them to probe nearly two dozen Dominion voting machines in Antrim County for signs of election fraud.