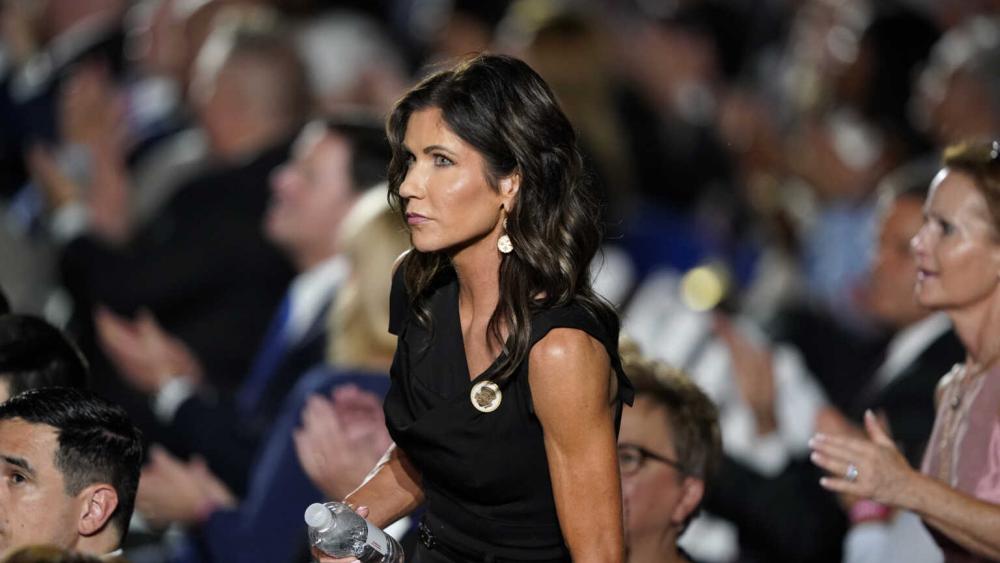 Noem responded to the accusations against her Coronavirus response in a blunt op-ed in the Wall Street Journal this week, defending her record and calling out the media for labeling her “reckless” and to blame for any recent spikes in new COVID-19 cases.

FAITHWIRE: Gov. Kristi Noem ‘Shocked’ at How Much ‘Fear’ She Heard From Governors Who Issued Lockdowns

In her response, she paid particular attention to those who have made “demonstrably false” accusations against her.

Many in the media have criticized this approach, labeling me ill-informed, reckless and even a “denier.” Some have asserted that South Dakota is “as bad as it gets anywhere in the world” when it comes to Covid-19—a demonstrably false statement. At the same time, my critics praise states that issued lockdowns, mandated masks and shut down businesses—lauding these states as having taken the “right” steps to mitigate the spread of the virus.

Illinois was among the states she singled out as being praised by the media but continues to struggle.

Despite harsh lockdowns in Illinois, coupled with a mask mandate since May 1, that state experienced a new single-day record in Covid-19 deaths on Dec. 2, and its active case counts are higher, on a per capita basis, than South Dakota’s has ever been.

The governor pointed out that New Jersey “still had the most deaths in the country per capita” despite having a mask mandate and heavy fines in place since early summer. “Over the last two weeks of November, its hospitalizations increased by 34%,” Noem said.

Noem said California’s mask mandate and harsh lockdown measures, “including shutting off residents’ water if they have too many visitors” hasn’t stopped them from seeing COVID hospitalizations increase nearly 90% recently.

Noem doubled down on her position that it’s not the government’s role to deem which businesses are “essential” and which aren’t.

Rather than following the pack and mandating harsh rules, South Dakota provides our residents with information about what is happening on the ground in our state—the science, facts and data. Then, we ask all South Dakotans to take personal responsibility for their health, the health of their loved ones, and—in turn—the health of our communities. The state hasn’t issued lockdowns or mask mandates. We haven’t shut down businesses or closed churches. In fact, our state has never even defined what an “essential business” is. That isn’t the government’s role.

At the outset of the virus, many health experts called for lockdown measures to “flatten the curve” and help prevent hospitals from being overrun. Despite being busy in the first month or so of the virus, we have not seen levels in which the hospitals were actually overrun. Now, with people wearing masks and intentionally socially distancing themselves from others, the likelihood of hospitals being filled to capacity is low.

Noem says that South Dakota has kept that their main goal, preventing hospitals from reaching capacity. “In South Dakota, we have kept our focus on this goal, and continued to ensure our hospitals aren’t overwhelmed and can serve their communities well.”

In not enacting harsh and arbitrary shutdown measures, South Dakota is in a financially stronger position than most other states.

South Dakota is entering 2021 in one of the strongest financial positions in the country. At 3.6%, our state has the third-lowest unemployment rate in the nation. We closed out this past fiscal year with a $19.1 million surplus. And we are unveiling ways in which we can further improve our state, including a more than $130 million investment in infrastructure improvements, paying off more than $21 million of debt, which my administration inherited, and bolstering our rainy-day fund, as good stewards of the public’s money should do.

Noem points out that Illinois will be borrowing $2 billion from the Federal Reserve and New Jersey and New York will also be facing massive revenue shortfalls. Noem says she swore an oath as governor to “respect the rights of the people and manage state operations in a balanced” manner.

Check out the full op-ed from Noem HERE.