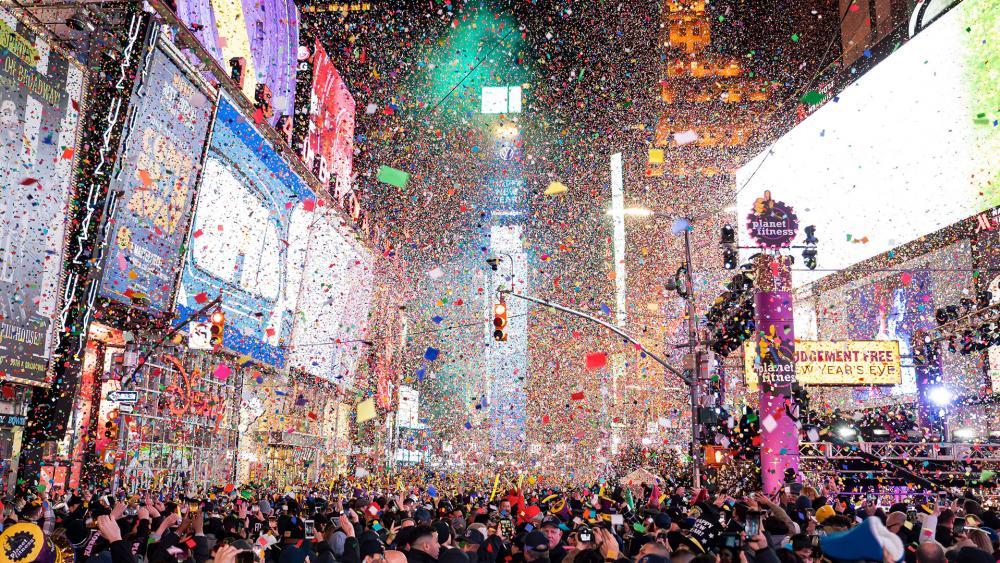 This New Year's Eve is being celebrated like no other since COVID-19 pandemic restrictions have caused local municipalities to cancel all public celebrations.

One iconic symbol of the celebration of the new year will also change. No crowds of any size will be allowed to gather to watch the annual ball drop in New York City's Times Square.

Citing concerns over the spread of COVID-19, New York City police closed the Crossroads of the World to vehicles and pedestrians and said they would disperse any onlookers venturing into a so-called "frozen zone" — the blocks surrounding the ball that historically draw shoulder-to-shoulder crowds.

While the annual ball drop and live entertainment will still be broadcast from the square, police are telling people to stay home and watch it on television.

Juanita Holmes, chief of patrol for the NYPD, urged would-be partygoers to ring in 2021 "from the comfort of your home."

"Coming to Times Square is a family tradition for some. It is a bucket list item for others. But this year is different," she said. "I can't emphasize enough how important it is for everyone to stay home."

The NYPD also announced a two-part freeze that will become more expansive at 3:00 pm Eastern. Even guests at five hotels in the area have been told to stay inside.

Health officials are also encouraging all Americans to skip large celebrations tonight as new cases of a more contagious strain of the coronavirus have shown up in Colorado and California.

The cases triggered a host of questions about how the version circulating in England arrived in the US and whether it is too late to stop it now, with top experts saying it is probably already spreading elsewhere in the United States. Researchers say the more contagious strain doesn't appear to be any more deadly.

The distribution of the COVID-19 vaccine is also lagging behind expectations. Government officials are hoping to reach their 20 million goal in January.

McConnell blocked Democrats' attempts to separate the measure from a larger bill on Wednesday.

"We just approved almost a trillion dollars in aid a few days ago," McConnell said, referring to the year-end package Trump signed into law.