'I Know it was God': Tennessee Family Escapes House Fire, Mom Says God Woke Her Up 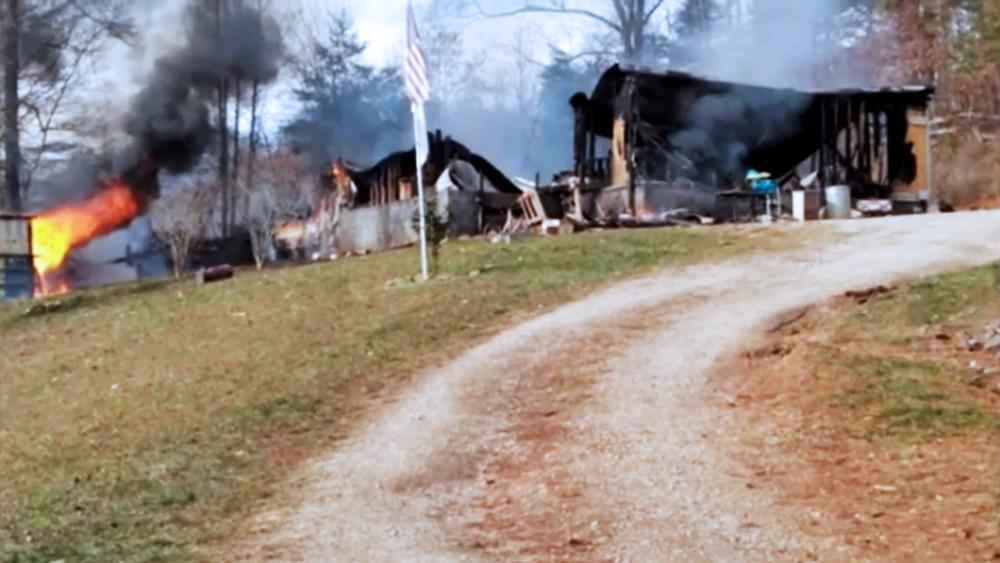 A Tennessee family of four is grateful to be alive after a fire destroyed their home just a few weeks before Christmas.

Nicole Davidson told WVLT-TV that while the family slept in their New Tazewell home, she woke up and discovered that their house was on fire. Davidson said the awakening message came from God.

She alerted her husband Chris who grabbed a fire extinguisher to try and control the flames while Nicole looked for their three children.

Fire in the living room blocked her from reaching the bedroom of their 22-month-old daughter Erin. She was able to get the couples' 2-year-old son, Elijah, and 7-year-old son, Eli outside to safety.

"The scariest moment of my life is when I thought we couldn't get her," Nicole told WVLT.

So Chris and Eli quickly went back to the burning house to save little Erin.

"The smoke and fire was so thick there was no way I could get to her," Chris said to CNN. "We went outside to get to her from the window, but there was nothing for me to stand on to reach up there."

Brave big brother Eli told his father that he was able to reach his little sister.

"We couldn't be more proud of Eli," Chris said. "He did something a grown man wouldn't do."

Eli's message of hope to others is that "It's okay to be scared but you are brave inside and you can do it (heroic things) when you want to."

No one was hurt during the fire, but the house was completely destroyed.

A GoFundMe campaign was organized for the family and has raised more than $349,338 as of Tuesday.