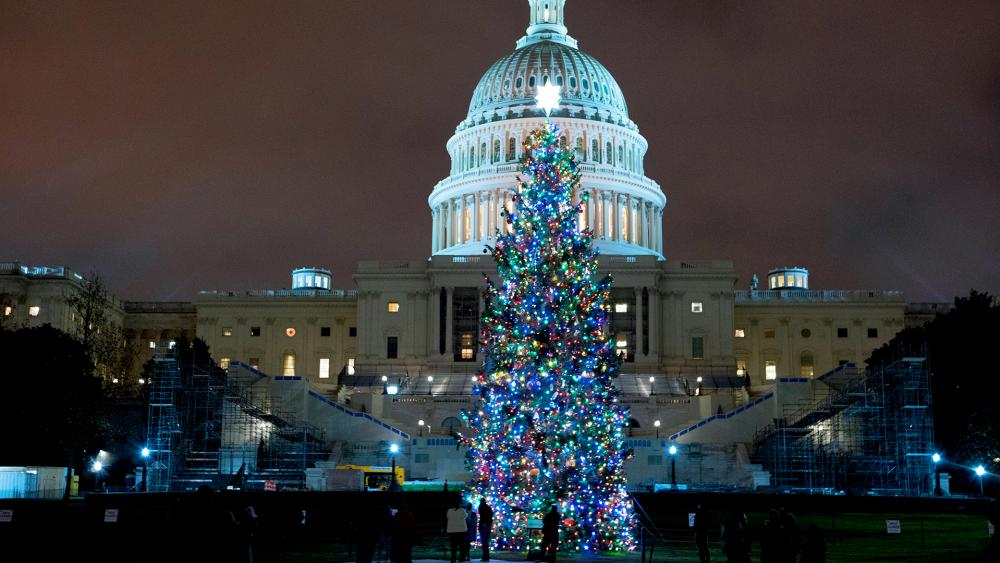 U.S. Capitol Christmas Tree is seen at the U.S. Capitol at night after negotiators sealed a deal for COVID relief Sunday, Dec. 20, 2020, in Washington. (AP Photo/Jose Luis Magana)
6217570786001
Millions of Americans Will Get Stimulus Checks as Congress Set to Pass COVID Relief Bill

Just in time for Christmas, Congress has passed a massive COVID-19 relief bill. But with lockdowns devastating our economy, is it too little, too late?

After months of failed negotiations, Congress finally reached a deal over the weekend on a stimulus package.

Senate Majority Leader Mitch McConnell (R-KY) said, "We can finally report what our nation has needed to hear for a very long time – more help is on the way."

The $900 billion package is expected to include $300 billion for small businesses, $300 in additional weekly unemployment aid, and a $600 stimulus check to millions of Americans. That's half of what the government sent out back in the spring. The earliest people could see those checks is January.

"After a long and arduous year, after a year full of bad news, finally we have some good news to deliver to the American people," Senate Minority Leader Chuck Schumer (D-NY) said.

In a poll by the website Alignable, 85% of small business owners said additional funding is very important for the survival of their businesses for the next 6 months. And half of minority-owned businesses are not able to pay their December rent.

"Every dollar matters to me," DeCarlo said. "The more they give me the more ability I'll have to get my life back in order, a little bit at a time because right now there isn't enough to support myself or my kids."

But for many out-of-work Americans, the relief package is too little, too late.

Lisa Mistretta, a hospice nurse, suffers from health conditions that make her too high-risk to work. She says, "$600 is nothing. It's like a slap in our face. You know, I'm behind about $6,000 in bills. You know, it's not our fault that we can't work."

Today a new COVID vaccine from Moderna joins Pfizer’s in the nation’s arsenal against the pandemic, but a poll shows half of Americans either won't take it or aren't sure.

After a few reports of severe allergic reactions to the vaccine, the CDC now says that anyone who reacts in that way to the vaccine should not get the second shot.

Meanwhile, governments around the world are restricting travel to the United Kingdom after officials reported a new more contagious variant of COVID-19 has emerged.

The UK is now under lockdown, with some accusing the government of effectively canceling Christmas.