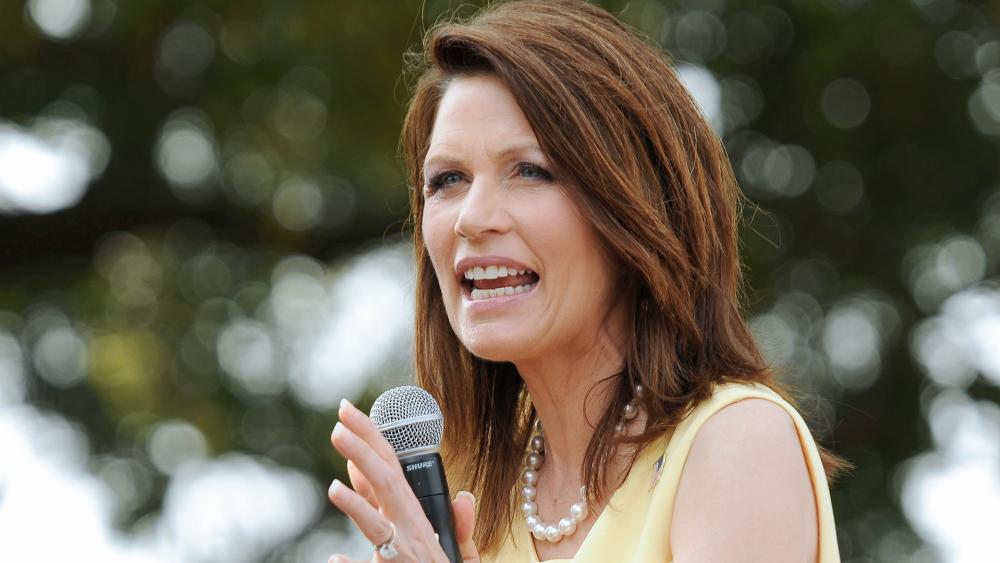 VIRGINIA BEACH, VA – Regent University and its Board of Trustees have named U.S. Congresswoman Michele Bachmann as the new dean of the Robertson School of Government, effective January 1, 2021. Dr. M. G. "Pat" Robertson, Founder, Chancellor & CEO of Regent University, made the announcement Tuesday.

"Congresswoman Michele Bachmann is a distinguished leader of national and global reputation," said Robertson. "She has displayed exemplary vision, character, integrity, and skill throughout her career in government. We are delighted to welcome to Regent this remarkable public servant whose vast experience and principled leadership will provide an extraordinary role model for our students and graduates to emulate."

"On behalf of the Regent University Board of Trustees, I welcome Michele Bachmann to Regent University's Robertson School of Government," said Phil Walker, Chairman of the Board at Regent University. "Her service to our great nation is an inspiration to us all. I know that the Regent community will greatly benefit from her outstanding leadership."

Michele Bachmann was born in Waterloo, Iowa. She received a B.A. in Political Science and English from Winona State University in 1978. She married Marcus Bachmann, a clinical therapist who holds a master's degree from Regent University.

In 1986, Bachmann received a Juris Doctor degree from Oral Roberts University. She was a member of the ORU law school's final graduating class, and was part of a group of faculty, staff, and students who moved the ORU law school library to Regent University. Two years later, she completed a Master of Law in taxation at the College of William & Mary. She worked for four years as a lawyer for the Internal Revenue Service's Office of Chief Counsel in St. Paul, Minnesota.

Bachmann and her husband have five children and worked with a private foster care agency to house 23 children in their home during the 1990s. Bachmann's five children were homeschooled and also attended private schools, and her political career stemmed from her interest in education reform.

In 1999, Bachmann defeated a longtime moderate incumbent for a state senate seat. In 2006, Bachmann entered the race to represent her suburban Minneapolis congressional district. She won 52 percent of the vote, becoming the first Republican woman from Minnesota elected to the House. She easily won reelection in 2008 and 2010.

•    In 2006, Bachmann became the first Republican woman from Minnesota elected to the U.S. House of Representatives.
•    Bachmann served as a United States Congresswoman representing Minnesota's 6th District from 2007 to 2015.
•    She quickly became a national figure in the Republican Party and a founding member of the congressional Tea Party Caucus.
•    In 2011, Bachmann announced her bid for the Republican presidential nomination in 2012.

"It has been the highest honor to serve the American people and to uphold conservative principles on a national scale," Bachmann said. "I am thrilled to now direct my focus helping prepare the next generation of government leaders at Regent University."

The Robertson School of Government is an institutional member of the Network of Schools of Public Policy, Affairs, and Administration (NASPAA) and the American Political Science Association (APSA). Students learn from prominent faculty members and practitioners and participate in meaningful internships in Washington, D.C., and across the country.

Over 1,100 alumni occupy strategic positions in state and national legislatures, the White House, local and state government, and the Departments of Justice, Homeland Security, and Health and Human Services.

The school offers practice-oriented, research-based degrees including an M.A. in Government, M.A. in National Studies, and Master of Public Administration, online and on campus.

"Now, more than ever before, our nation needs principled leaders in government, and Regent University is committed to providing excellent government education. I can think of no one better suited to lead our government program than Michele Bachmann," said Dr. Gerson Moreno-Riano, executive vice president for Academic Affairs at Regent University. "Bachmann's distinguished career in state and national governments will be invaluable to our students, alumni, and the Regent community."

Founded in 1978, Regent University has more than 11,000 students studying on its 70-acre campus in Virginia Beach, Virginia, and online around the world. The university offers associate, bachelor's, master's, and doctoral degrees from a Christian perspective in 135+ areas of study including business, communication and the arts, counseling, cybersecurity, divinity, education, government, law, leadership, nursing, healthcare, and psychology. Regent University, ranked among top national universities (U.S. News & World Report, 2020), is one of only 23 universities nationally to receive an "A" rating for its comprehensive liberal arts core curriculum.