What Happened to the Nuns Who Make the Monastery Cheese: 2020 Finds the Sell-Out Gouda Continues & the Prayers Even Richer 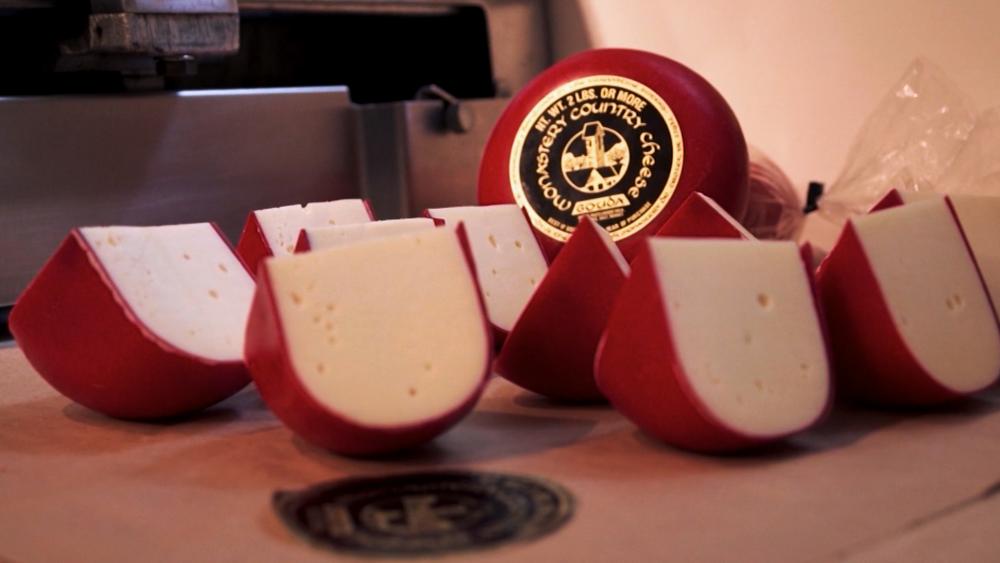 While the 2020 pandemic has brought drastic lifestyle changes for most Americans, a cloistered group of nuns outside of Charlottesville, Virginia has found their world largely intact even as they've discovered a deepening prayer life.

The 12 sisters at Our Lady of the Angels monastery are no strangers to prayer. Indeed, they organize their lives around intercession. Beginning at 3:15 a.m., they gather seven times daily for worship and prayer.

They sustain themselves through a sought-after cheese-making enterprise that produces close to 20,000 pounds of velvety smooth Gouda every year.

Most of their business is mail-order although local specialty shops like Feast! in Charlottesville also sell the high-end delicacy.

Feast! co-owner Eric Gertner is a fan. "The flavor's great. It's on the mild end in terms of intensity but it's delicious and really versatile. You can use it for cooking or just nosh it with salami and olives and bread," he said.

When they started, the nuns didn't know anything about making cheese but today, they literally cannot keep up with demand. They sell out during the Christmas season every year.

"It sort of sells itself," explains Sister Barbara Smickel. "People get it as a gift and they call and say 'could I order some of this cheese?'"

Smickel is one of the original six sent by a large monastery in Massachusetts to start anew on a rolling piece of property near Virginia's Blue Ridge country.

The new community's goal: follow the centuries-old rules of Saint Benedict by building a life based on prayer and support themselves by engaging in manual labor. Happily for the sisters, the property they bought already featured a cheese-making facility.

"We were so naïve," said Smickel. "We thought it would be so simple. 'You just have some of this equipment here and you just get some milk and a few lessons and just make some cheese,'" she remembers thinking.

But the sisters persevered and they got it right. They allot 30 or so days a year to make the Gouda and everyone pitches in. Sister Maria Gonzalo Garcia is the designated "cheese cook." She must manipulate some 6,000 pounds of pasteurized milk with a little culture and rennet into several hundred wheels of cheese.

It looks easy but like any good recipe, it's all about precision—getting the correct temperature, cutting the curds at just the right moment, heating them, and then draining the whey and pressing the cheese.

Over the years, the sisters have not only perfected their technique—they've never bungled a batch. That's almost unheard of and they've completed 871 batches.

Prayer is a big part of the work, from making the cheese to sending it out, says Sister Maria.

"While I'm doing it I'm really praying for the people who are going to eat that cheese," she says. "I mean, I know every family, every person has problems."

During the pandemic, the prayer requests that often accompany the mail-in orders have increased.

The sisters are even more isolated, temporarily closing their chapel to visitors to protect both themselves and their guests.

But they're also more aware than ever that the world needs their prayers.

"It has made us even more conscious of the need to pray for people in the world and to support them by our lives of prayer here," said Sister Barbara.

They have prioritized prayer for health care workers and those who have lost a loved one during the pandemic.

Prayer is also the reason the nuns say they won't grow their business. They value their times of intercession over expanding the cheese production.

"People will come in and say 'now you sold out last year so you're going to come in and make more this year—aren't you?" said Sister Barbara.

When they're not in the chapel or making the cheese—the nuns do admit to eating it often and there is a preferred method.

"If you toast a piece of bread till it's crispy and then put a couple of thin slices of cheese on it and then put it in the microwave for 25 seconds," explains Sister Barbara.

Schipper, a new puppy, has brought joy to the community this year. But otherwise, the sisters are continuing to order their lives during the pandemic much as they did before—with a renewed vision for prayer and an eye towards the ministry opportunities in simple, two-pound wheels of cheese.