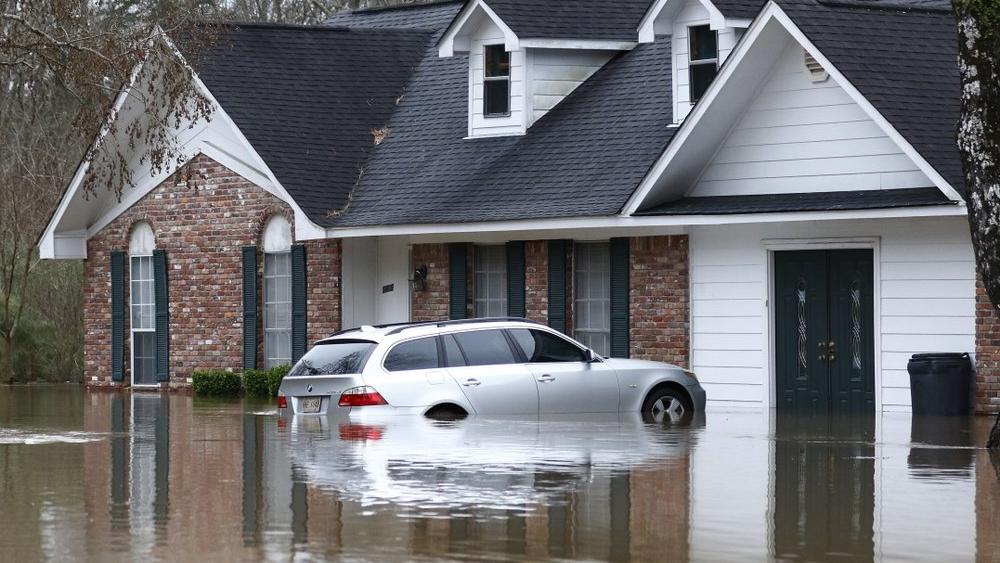 Mississippi is facing some of the worst flooding in 37 years as floodwaters have drenched the state's capital.

The Pearl River is continuing to rise in and around the city of Jackson.

Gov. Tate Reeves declared a state of emergency, warning people that it will be days before the area is out of the woods and before floodwaters will start to recede.

"We do not anticipate the situation to end any time soon. If you have not evacuated yet, we urge you to do so," Reeves said.

In the last 24 hours, there have been new developments as floodwaters have continued to rise. It will be days before we are out of the woods and waters start to recede, and the state and first responders are prepared and ready to act. 1/3 pic.twitter.com/2S5edbFaX0

Thank you to our hardworking state and local law enforcement and first responders who are working diligently around the clock to protect the people of Mississippi. These men and women have a lot of experience handling disasters, and Mississippi couldn’t be in better hands. 3/3

Iretta Sanders, a local resident said she is worried and has considered evacuating the area.

"I'm worried. I'm really worried, you know? And it's a lot to lose because, as I say, those people down there, they lost a lot of stuff in their house," she explained. "A couple of neighbors already evacuated and I'm talking to my husband now. This is something that we might think about doing."

Sanders anxiously monitored the water level on her street Sunday afternoon. She is most concerned about property damage.

"I have a lot of money tied up in this house. You can't sell it…because who wants to move in (after this)?" Sanders said. "I'm hoping and praying the water doesn't come this far. I hope it stops where it's at."

In one neighborhood, people paddled canoes, kayaks and small fishing boats to check to on their houses and give a lift to other neighbors.

In the suburb of Flowood, Dale Frazier has been watching water linger at the bottom of his driveway. He has lived in his home for 23 years.

"The water is very close to my house. It could flood; it could not flood. It depends on the crest right now," he said.

A Presbyterian church and several businesses were flooded not far from Frazier's house.

Officials released water from the nearby Barnett Reservoir Saturday night, hoping to control the water levels. "We have some good news today," said John Sigman, who leads the reservoir's operations, during a news conference Sunday afternoon.

Once the river peaks, it will take several days for the water to go down.

The National Weather Service tweeted that more showers and thunderstorms were predicted for Monday.

A misty start this morning, and then the chance for showers and an isolated thunderstorm will return to southern parts of our area by this afternoon. We should warm up into the mid to upper 60s in most locations. #arwx #lawx #mswx pic.twitter.com/YCUXvx1xU0