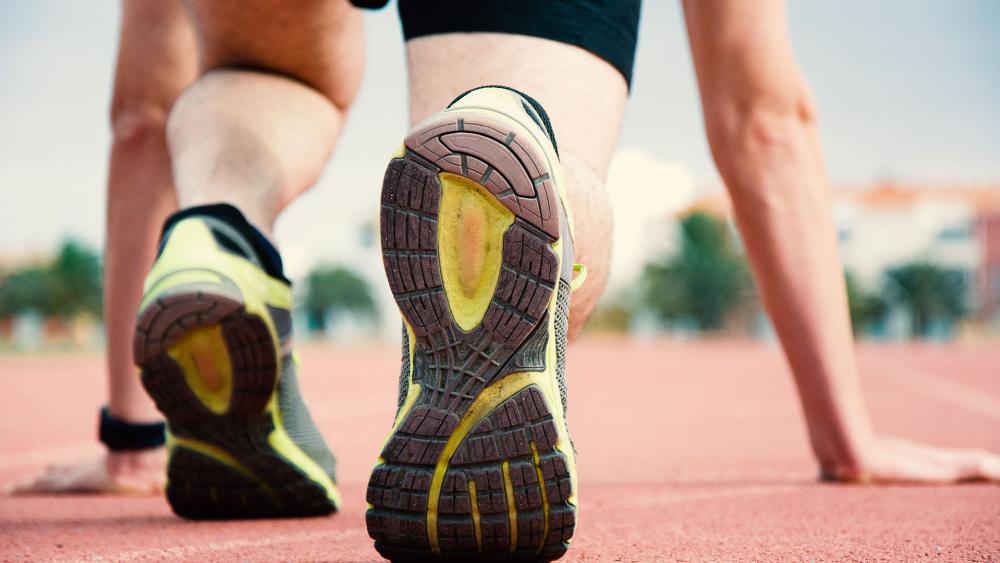 ABOVE: Matt Sharp serves as senior counsel with Alliance Defending Freedom, where he directs the Center for Legislative Advocacy. He appeared on the Friday edition of CBN's Newswatch to discuss the new legislation. Newswatch is seen weekdays on the CBN News Channel.  For a programming schedule, click here.

So far five states have weighed in with possible legislation that will prevent biological males who identify as female from competing in female sports.  According to The Wall Street Journal, legislation pre-filed or introduced in New Hampshire, Washington, Georgia, Tennessee, and Missouri would attempt to keep female sports competition simply that – female – meaning biologically female.

In New Zealand, transgender weightlifter Laurel Hubbard won gold medals last summer at the Pacific Games in Samoa. Hubbard, who is a biological male and had previously competed as Gavin Hubbard, also won two silver medals in a women's world championship two years ago. He hopes to compete in the Tokyo Olympics this summer.

As CBN News reported last fall, all this is having a direct effect on athletes like Selina Soule, a female-born Connecticut sprinter. According to The Blaze, Soule told Fox News' Laura Ingraham that the situation is "very frustrating, because I know I have put in — some of my friends and fellow competitors have put in — so much time and effort to take down our times and compete ourselves better, but we are not physically able to be competitive against someone who is biologically a male."

Georgia state Rep. Philip Singleton, a Republican, whose bill focuses on individual sports, says it's all about fairness, and his bill would prevent biological males from having an "unfair advantage" if they choose to compete as females, according to ChristianHeadlines.com.

"The Student Athlete Protection Act is designed to ensure that biological boys will only compete in sports against other biological boys and vice-versa for girls," Singleton told the Atlanta Journal-Constitution. "The intent of my bill is to make sure every student has the opportunity to compete fairly."

Fairness is paramount with Tennessee legislator Bruce Griffey as well. He told The College Fix he is also motivated by concern over passage earlier this year of the Equality Act by the US House of Representatives, and believes states should "take a stand."  As reported by CBN News in August, The Equality Act, which passed with unanimous Democrat support, would make "gender identity" a protected category under federal anti-discrimination laws. That would force public schools to expand female athletic teams to include biological males who identify as girls, according to The Daily Caller. However, the bill is unlikely to pass the US Senate.

Griffey's bill does have some teeth in it.  The WSJ reports it would "restrict public funding to schools that allow athletics participation based on students' declared gender identity—as opposed to a student's biological sex at birth—and would subject disobeying school officials to fines."  Mr. Griffey told the Journal he expects his proposal to have "quite a few" co-sponsors and a good shot at passage.

Speaking to The College Fix, Griffey expressed concern about the lack of definition for "transgender."  Students may refer to themselves as transgender regardless of what stage of "transition" they are in if they have taken any step toward transitioning at all, he said.

But a new peer-reviewed study reported by CBN News raises questions about whether the "transition stage" of trans female athletes really matters as far as performance is concerned. The study showed reduced testosterone levels in transitioning males still don't make males the same as females.

The research from the University of Otago in New Zealand entitled "Transwomen in elite sport: scientific and ethical considerations," concluded that the reduced male hormone levels currently deemed acceptable by the International Olympic Committee for trans athletes is not enough to make it fair for women athletes. Reuters quotes the study as stating those reduced levels in transitioning males are still "significantly higher" than those of women.

The study's authors say, as well, that reduced testosterone doesn't make up for other male characteristics, like bone structure, and greater lung and heart size and capacity, all of which give the trans athlete the biological edge. To make it truly fair, the study's authors suggest that a whole new category be created for transgender athletes to compete against each other.

The Karolinska Institute in Sweden came up with similar results. It conducted a study on men seeking to transition to female and reported last year that even after a year of gender-affirming treatment (ie.testosterone suppression), muscle strength, size, and composition still resulted in the advantage for transwomen over biological women. No one knows how long a male must be under such treatment before the playing field is level, or if it can ever be level.

These kinds of results have thrown the International Olympic Committee into turmoil.  The Guardian reported back in September that the IOC had been expected to lower the level of testosterone allowed for transitioning men to compete against women.  With findings like this, though, some are arguing what was planned is not enough to make it fair. Current guidelines say the testosterone level requirement must be below 10 nanomoles per liter for at least 12 months. Women's testosterone levels tend to range between 0.12 and 1.79 nmol/l, while men's are typically between 7.7 to 29.4 nmol/l. One IOC member suggested reducing the permitted levels for transitioning males to 5nmol/L, which is below most males, as a compromise. The IOC delayed a final decision because nobody could seem to agree because it's so "politically charged and sensitive."

Whatever happens with these bills in the various US states, the controversy over transgender athletes likely will not be resolved anytime soon. The Tokyo Olympics begin in July.

Some high profile female athletes like tennis great Martina Navratilova, and British Olympian Kelly Holmes, and marathoner Paula Radcliffe, have warned that allowing trans women to compete against biological women can never be fair and will potentially do great damage to women's sports. The 1980 British Olympic swimmer Sharron Davies told the Guardian, "I believe there is a fundamental difference between the binary sex you are born with and the gender you may identify as. To protect women's sport, those with a male sex advantage should not be able to compete in women's sport."

In the bigger picture, traditional Christianity views the gender identity debate as a battle over what is real and what is not – in other words, how we are created. Those who hold that belief warn that the tinkering with the hormones and psyches of human beings is a journey far from what God intended and plunges us into a brave new world that will not solve the deep ache of the human soul. Legislation may slow it down, but it won't be able to stop the descent into the mad confusion that comes from deciding that we are our own god.

Evangelist Franklin Graham says the sexual and gender chaos playing out before us is the result of society forsaking those basic teachings of the Bible, and it goes well beyond sports.

"Women's groups are rightly urging sports authorities to 'wake up' to the unfairness. I agree, but I think the waking up needs to go a lot farther," Graham says. "Parents, teachers, local officials... everyone needs to wake up about the dangers of the transgender lie. God created male and female. We are made different, down to our DNA."