5-Year-Old Who Talks About Kindness Daily, Gives Mom a Lesson in Being Kind to Others 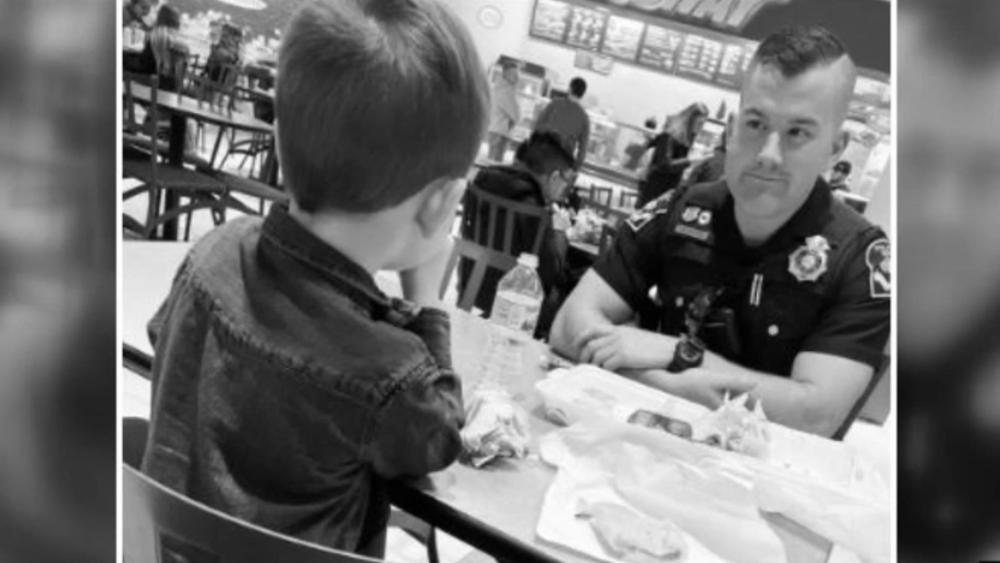 A Nebraska mother was brought to tears after watching her 5-year-old son stop and talk to a police officer for nearly an hour.

Oliver's mom, Danielle Navejar wrote in a Facebook post that he stopped playing and shifted his attention to Officer Klees.

"Tonight I saw Oliver's eyes light up like I never have before. We were at the mall and he was mid tuck and roll in the play area when I saw his eyes shift to something behind me."

She encouraged Oliver to go talk with the officer, so he immediately ran up to him and asked, "Sir, Could I please sit with you?"

Navejar wrote that the two talked for 45 minutes.

"The policeman was sitting alone, so I wanted to be nice to him," Oliver said. "So I went over to talk to him and see if I could eat with him."

She explained that Oliver constantly talks about being kind to others so this act of kindness was no surprise, WOWT-TV reports.

"He talks about kindness daily," she said. "I mean, it's a pretty constant thing."

Navejar was moved to tears by her son's generous heart and Officer Klees willingness to talk with her son for such a long time.

"I was getting him food, and I was crying the whole time. I couldn't even order," she said.

The special time spent between Oliver and the officer sparked a dream for the future.

"Since I ate dinner with one (police officer), I decided I want to be one when I grow up," he said.

The Omaha Police Department told CBN News that Oliver's generousity was an encouragement to Officer Klees and the entire department.

"It is hard to put into words how impactful it is when citizens take the time to initiate that positive interaction and encourage our officers in their work. It can often be a thankless job. A small thank you and show of support can go a long way to lift spirits."

"We are thankful for Oliver and his family and his act of kindness towards Officer Klees. Bright moments like this keep us going on the hard days and remind us why we love our job, serving and protecting the citizens of Omaha."