'A Godsend': Stranger Chases Down Stolen Car, Donates His Own Vehicle to Victim 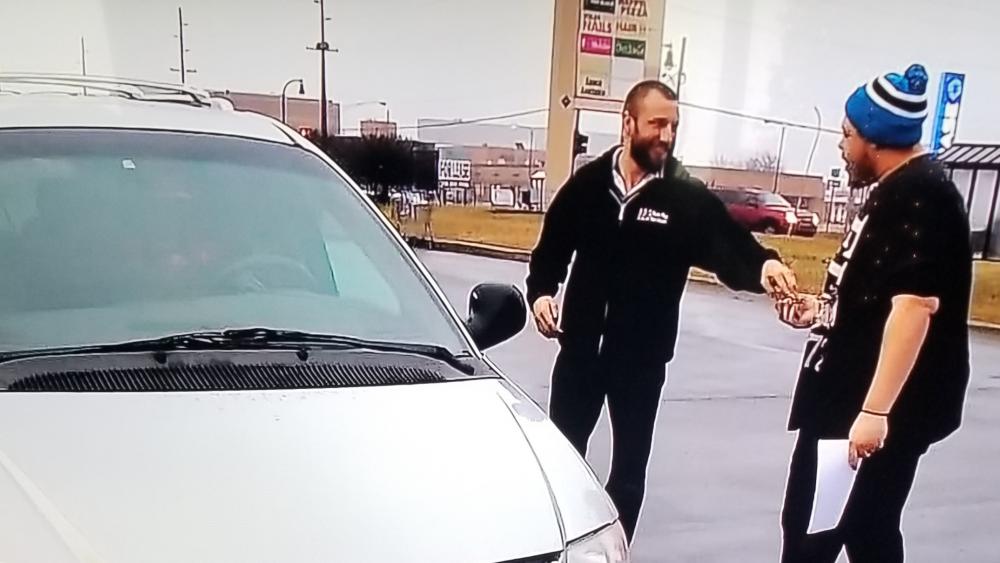 A good Samaritan in Port Huron, Michigan took action by following a reckless driver in a stolen vehicle, and he didn't stop there. He ended up donating his own vehicle to the victim.

While working an evening shift on January 9, Happy's Pizza driver Rayden Jones arrived at a local high school to drop off a delivery of pies, WDIV-TV reports.

"I was at Port Huron High School and was in and out in two minutes, and in that amount of time she was gone," Jones said.

In a matter of moments, a woman with a history of mental health concerns had stolen Jones' car.

While heading home, Kevin Lindke noticed that a vehicle in front of him was driving erratically so he called the police and began to follow the driver.

Lindke wrote on Facebook that the car proceeded to travel down the wrong side of the road, creating a dangerous situation for everyone in its path.

"I told the 911 operator the car was going to wreck and not two minutes later the car sideswiped another vehicle after cutting off a semi," he wrote.

After the vehicle wrecked, the driver took off on foot into a nearby field. Lindke said he followed the woman and finally convinced her to stop.

"I pursued the driver for about a half mile before I was able to convince her to return to the vehicles with me. She then hugged me and we walked safely back to our vehicles and waited for the police to arrive."

Lindke learned that the vehicle was stolen from a local pizza driver, prompting him to help out in a big way. He had originally planned on selling his minivan but decided to give it to Jones.

"His car is unfortunately totaled, but luck would have it that I have a vehicle I am going to give to him. I spoke with him earlier this morning and I am actually meeting him at 5 pm at work so that he doesn't have to miss a shift. His manager says he's a great worker and a really good person, so I'm unbelievably excited to be able to help him out."

Jones was devastated when he found out that his stolen car was totaled, leaving him without a work vehicle.

But he received an unexpected surprise when his manager told him that a man wanted to give him a vehicle. Jones was brought to tears when Lindke arrived at Happy Pizza with the minivan.

"I'm not going to lie, I about burst into tears 'cause who does that?" he said. "It's a Godsend, that this man, out of nowhere, who I've never met, would do this. It's mind-blowing."

Jones was touched by the generosity of a complete stranger and his willingness to be a light during that difficult time.