American Family Association President Thanks Chick-fil-A's Cathy: 'He Did Admit That They Had Made a Mistake' 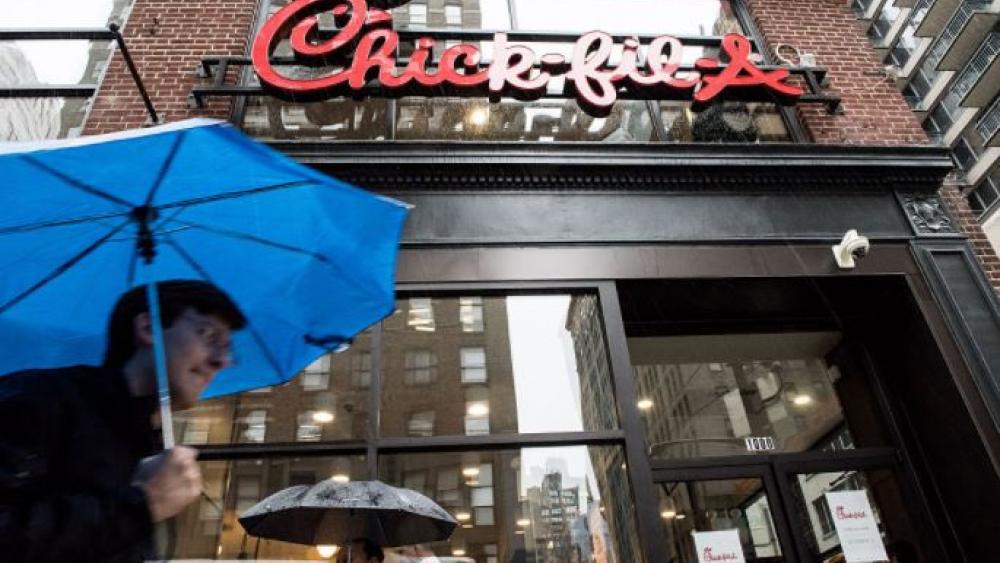 Photo courtesy: Faithwire/Andrew Renneisen/Getty Images
6121198380001
American Family Association President Thanks Chick-fil-A's Cathy: 'He Did Admit That They Had Made a Mistake'

Chick-fil-A CEO Dan Cathy's letter to the American Family Association (AFA) about the company's charitable giving is being called a sign of progress, but the AFA says there's still cause for concern.

As CBN News reported this week, Cathy says his company is not abandoning faith-based organizations - just shifting its focus.

In the letter, Cathy told the AFA President Tim Wildmon: "We inadvertently discredited several outstanding organizations that have effectively served communities for years."

The organizations Cathy was referring to were the Salvation Army and the Fellowship of Christian Athletes.

In an interview with CBN News on Thursday, Wildmon thanked Cathy for responding to his organization's letter representing more than 110,000 people who signed the petition asking for clarification from the Chick-fil-A corporation on their new policy.

"I commend him for answering us and also for a couple of lines in the letter where he did admit that they had made a mistake," Wildmon said.

"I would say it's a good thing for Dan Cathy to respond and to admit that their actions did reflect unfairly and wrongly on these Christian organizations that have a longstanding tradition of standing for biblical values and biblical truth," he told CBN News.

Wildmon also noted that America's third-largest restaurant needs to be cognizant of the fact that millions and millions of Christian Americans support their company more for than just the service and the food.

"But also because they have stood for biblical values, not apologetically for a long, long time," he said. "And if they get away from that and go the other direction in particular, then they are going to have a lot of people who are going to find somewhere else to buy their chicken sandwiches."

Meanwhile, the LGBTQ crowd that Chick-fil-A was trying to reach out to with its new charitable giving policy has labeled Cathy's letter an apology to homophobes. That's the assessment by Pink News - a news outlet for the LGBTQ community.

Chick-Fil-A Finally Responds to Salvation Army-FCA Funding Flap, and It May Just Calm Some Tensions