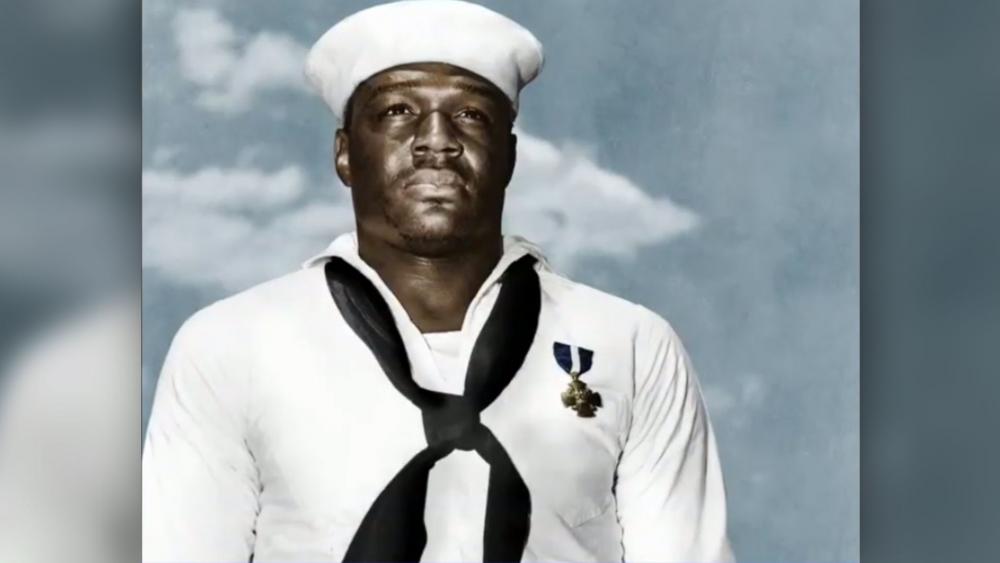 The US Navy is honoring a sailor who overcame racism to become a hero during World War II.

Doris E. "Dorie" Miller was the first African American in US history to receive the Navy Cross for valor (the third highest honor awarded by the Navy at the time, after the Medal of Honor and the Navy Distinguished Service Medal), and now the Navy is naming an aircraft carrier after him.

In a historic moment just in time for Martin Luther King Jr. Day, @SECNAV announces that the newest #USNavy aircraft carrier will be named USS Doris Miller #CVN81. Miller was the first African American to receive the Navy Cross.

Acting Secretary of the Navy, Thomas B. Modly named the aircraft carrier in honor of Miller during a ceremony in Pearl Harbor, Hawaii.

The USS Doris Miller bears the name of a young sailor who risked his life to defend his ship during the Japanese attack on Pearl Harbor, Dec. 7, 1941.

At that time black sailors were only allowed to serve as mess attendants. Even though he hadn't been trained, when the Japanese attack began, Miller took over a 50-caliber anti-aircraft gun and fired at enemy planes until the ammunition ran out.

He then carried several of his injured shipmates to safety.

Miller was killed in the Pacific two years later after his ship was sunk by a Japanese submarine during the Battle of Makin.

The future USS Doris Miller and other Ford-class carriers will serve as an asset for crisis response, humanitarian relief, and major combat operations throughout its 50-year service life.

"Doris Miller stood for everything that is good about our nation, and his story deserves to be remembered and repeated wherever our people continue the watch today," Modly said.

"In selecting this name, we honor the contributions of all our enlisted ranks, past and present, men and women, of every race, religion, and background," he noted.

"Dr. Martin Luther King, Jr. observed, 'Everybody can be great - because anybody can serve'. No one understands the importance and true meaning of service than those who have volunteered to put the needs of others above themselves," Modly continued.