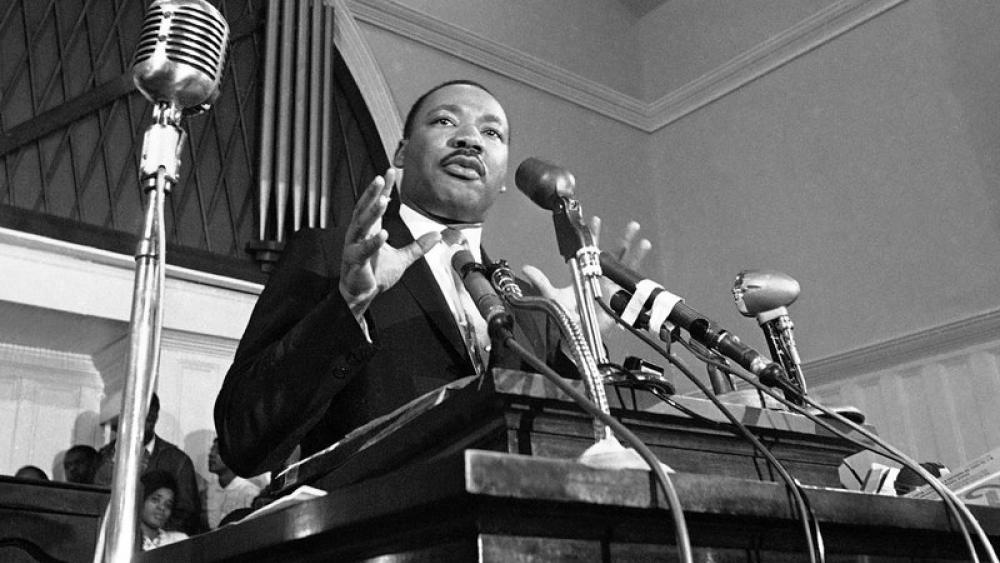 For me, the memory of this great man conjures up a famous photograph taken in 1967, depicting a civil rights protest march in Montgomery, Alabama. Dr. King is flanked by a Rabbi embracing a Torah scroll on one side and Rabbi Abraham Joshua Heschel, a key partner in the Civil Rights movement, on the other. No other image better underscores the bond between all Bible believers and the necessity to stand together for our common beliefs.

Duty-Bound to Join Together

Dr. King, of course, understood his natural connection with the Jewish community. In his 1963 address to the National Conference of Christians and Jews, Dr. King issued a clear challenge to all people of faith:

Dr. King was addressing Christians and Jews, who he saw as natural allies. United by "the undergirding philosophy of our Judeo-Christian heritage," members of both faiths were duty-bound to join together in the fight against the evil of racial segregation. The Jewish community answered Dr. King's call to action, making up a large part of his supporters and marching arm and arm with fellow activists.

Rabbi Heschel, a leading Jewish thinker of the 20th century as well as a personal inspiration to my father, electrified Jewish audiences, explaining that fighting racism was a Jewish responsibility. He declared that "Racism is Satanism, unmitigated evil... You cannot worship God and at the same time look at man as if he were a horse."

For his part, Dr. King was a staunch supporter of the Jewish people and the state of Israel, proclaiming that, "Israel's right to exist is incontestable" and calling on others to "stand with all our might to protect her right to exist." Heschel and King became close friends and represented the bond between the Jewish and African-American communities.

In many ways, this partnership was a precursor to the friendship that exists between Christians and Jews today. For far too long, our faith communities focused on what divides us. But when my father began The Fellowship 36 years ago, he honed in on the same idea that Dr. King touched on in his address – the idea that as Bible believers who share a Judeo-Christian heritage there is so much that we agree upon. Justice, kindness, equality, and freedom are all paramount values for both Christians and Jews. And when we focus on the ideas we share, we realize just how much we have in common and a beautiful friendship emerges.

Today, we enjoy the fruits of the labor of the men and women who came before us and changed our reality for the better. Still, there is more work to be done. As we celebrate the life and accomplishments of Dr. King, let us also remember that we are called to continue his work by standing together for justice and against discrimination wherever it occurs.

Yael Eckstein is the president of the International Fellowship of Christian and Jews. As President, Eckstein oversees all ministry programs and serves as the organization’s international spokesperson. She can be heard on The Fellowship’s daily radio program airing on 1,500 stations worldwide. Before her present duties, Yael served as global executive vice president, senior vice president, and director of program development and ministry outreach. Based in Jerusalem, Yael is a published writer, leading international advocate for persecuted religious minorities, and a respected social services professional. As President of The Fellowship, she also holds the rare distinction of being a woman leading one of America’s largest religious not-for-profit organizations.