'I Will Never Surrender My Weapon': Virginians Push Second Amendment Sanctuaries to Stave Off Gun Control 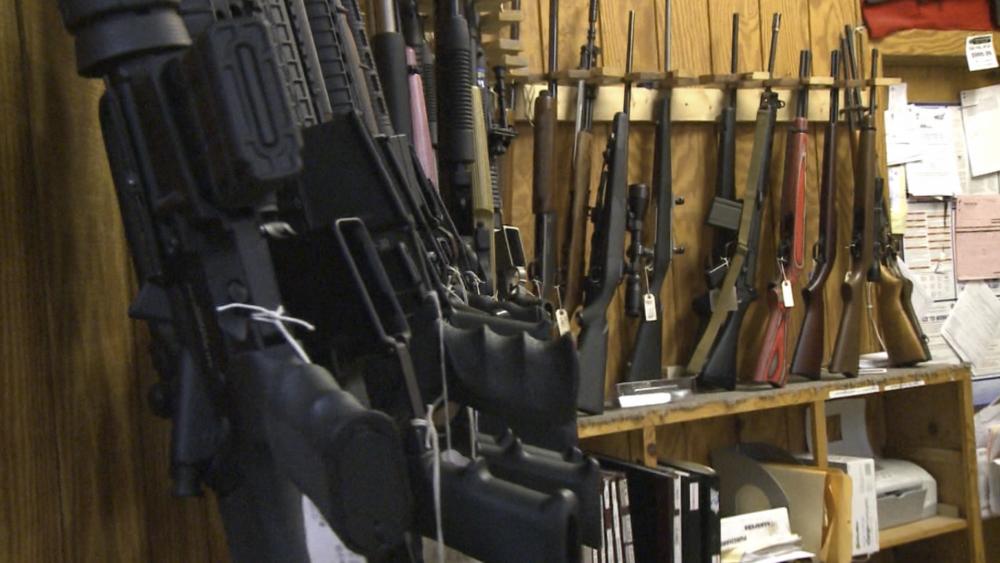 6119283159001
'I Will Never Surrender My Weapon': Virginians Push Second Amendment Sanctuaries to Stave Off Gun Control

WOODSTOCK, VA – In the Commonwealth of Virginia Democrats now control the statehouse and governor's mansion and as rural Virginians come to terms with their new blue state, they're banding together against what they see as a coming wave of constitutional violations.

"It is sad that here in Virginia it has come to this with the great history of our state," said one citizen during public comment at a meeting in Woodstock.

It was a Virginian, James Madison, who wrote the Second Amendment, but the 1,500 people who showed up to this Shenandoah Valley meeting want their local leaders to declare their county a "Second Amendment Sanctuary."

That's because they fear law-abiding gun owners will soon find themselves on the wrong side of the law.

"We're actually going to be a sanctuary county unlike your sanctuary cities that are literally violating federal laws, where we're just trying to protect people's rights," says Kevin Rooney who attended the meeting.

The resolution says, "Certain legislation that has been introduced in the Virginia General Assembly, and… has [or may be] introduced in the United States Congress could have the effect of infringing on the rights of law-abiding citizens to keep and bear arms."

It also states, "Public funds of the county shall not be used to aid in the unnecessary or unconstitutional restriction of the rights under the Second Amendment."

Tim Carter is the local sheriff and president of the Virginia Sheriff's Association.

"I do think it does send a message to Richmond that rural counties feel like their voice needs to be heard," Sheriff Carter tells CBN News.

More than 70 of Virginia's 133 localities have passed similar measures.

During last month's election, millions poured in from out of state groups to buy campaign ads hostile to gun rights.

"And what we immediately saw from that was payback. We got New York-style anti- assault weapon type of bills proposed pre-filed," says Jim Patrick, a local resident supporting the resolution.

He's referring to bills that would ban many commonly used sporting rifles, controversial red flag laws, and legislation to restrict gun purchase – among others.

"Folks, I will never, ever surrender my weapon," said a man during public comment.

Rural citizens are organizing against the coming wave.

"The Second Amendment was not put in for hunting as some people like to say. It was put in to defend against a tyrannical government," a concerned citizen said from the podium.

"Gun legislation is nothing more than a feel-good politically motivated measure that won't fix the root causes of gun violence," said Jean Martin, a local resident.

In the massive crowd there was but one dissenter who said he thinks the state is close to anarchy.

In a statement, Republican Congressman Ben Cline (R-VA) wrote, "Your God-given liberties cannot be taken away by the actions of men, they can only be suppressed. Speak loudly and with one voice."

However, Democratic Virginia Senator Mark Warner suggests taking a breath and waiting to see what the legislature passes in January.

"There may be areas around certain assault weapons where there may be disagreement, but I would hope again these communities would register their concerns, but again, I'm only going to support something that's going to be constitutional but I do believe there are certain areas where the vast majority of Virginians, and I say this as somebody who owns firearms, I'm a second amendment supporter, can find some common agreement," he tells CBN News.

Other Virginia Democrats in Congress have suggested the state cut off funding to sheriffs who don't enforce future laws. They've also floated the idea of having the governor call in the National Guard.

The ordeal has fired up Trump supporters.

"We have Trump fans coming from everywhere and some for the first time they say that they really want to vote Republican," says Randy Gilbert, chairman of the Shenandoah County Republican Party.

Some folks took the chance to publicly vent about Washington.

"You know, I was not appreciative of our last president, but I never did any of that garbage that they're doing. I let him do his job whether I liked it or not. He did it, he left, it's someone else's turn, get out of the way. Let our president do his job," said a concerned citizen to applause.

There are questions about how far localities could go to defy state law, but these citizens want as many protections as possible. After all, constitutional challenges often take years to get resolved in court.

"I think they've woken a sleeping giant in the whole state," says Rooney.

As Democrats continue to push gun restrictions on a national level we may see more and more Americans in rural communities just like this taking a stand.