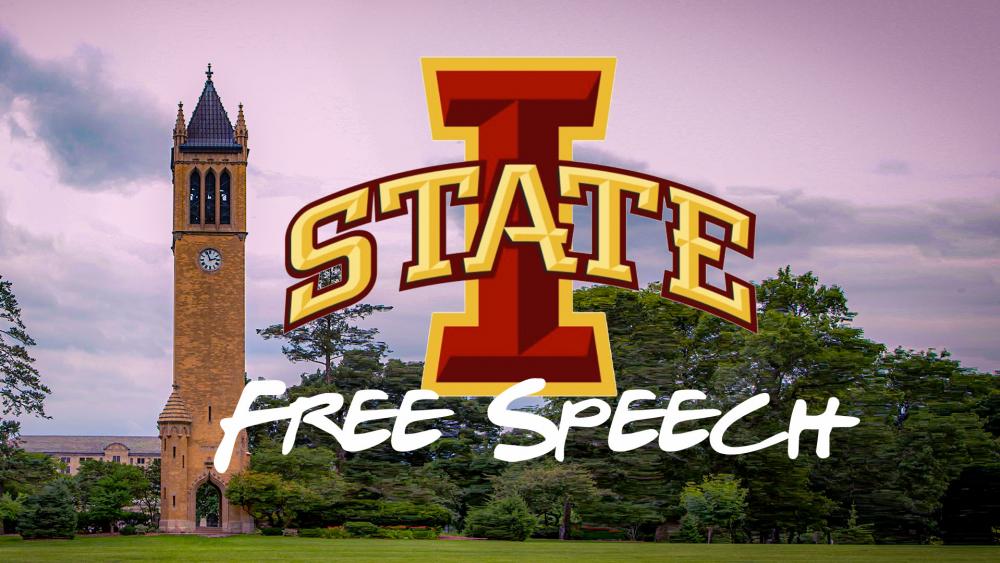 The political spotlight is focused on Iowa right now as it will hold the nation's first presidential contest in less than a month. One of the state's leading universities is being accused of threatening its students' freedom of speech when it comes to politics and candidates.

Iowa State University insists it doesn't censor speech, but the First Amendment defense group Speech First says ISU does censor in several ways, including denying use of email on campus to support any candidate or ballot initiative.

Speech First President Nicole Neily told CBN News, "I could see if you don't want faculty or administrators supporting a candidate, maybe sending an email to their class, saying 'Vote for Hillary' kind of thing, but for students, I think it certainly raises a lot of concerns."

Another ISU policy almost totally bans the practice of "chalking" on campus.

"The only people who are allowed to write with chalk on the sidewalk are registered student organizations that are advertising an event, no more than seven days out, using no more than seven words," Neily said, paraphrasing the ISU policy.

"The event must be open to the public. And so, anybody who were to chalk a hopscotch or 'I Love Jane' on the sidewalk could be subject to disciplinary repercussions," she continued.

"We have had political candidates and elected officials from all political parties on campus and held open forums where political issues were discussed and debated," the statement said.

But ISU pretty much admits it will stifle speech when necessary.

"Unfortunately, our campus has also experienced bigoted, hateful, racist, and anti-Semitic messaging that, while protected by the First Amendment, is also hurtful and harmful to many students," according to the statement.

Wintersteen added, "Iowa State University also takes seriously its obligation mandated by federal law to create and maintain a campus that is free from illegal discrimination and harassment."

Neily worries harassment is in the eye of the beholder and that could mean some political speech could be targeted and punished.

"There might be language that you don't like," she said, but argued, "The solution to that is not to censor students, not to shut them up.  But instead to engage, to use it as an opportunity for dialogue, for education. Because the answer to bad speech is more speech. Not silencing."