COVID-19 Survivor Tells Andy Stanley: Doctors and Nurses 'Risked Their Life to Save My Life' 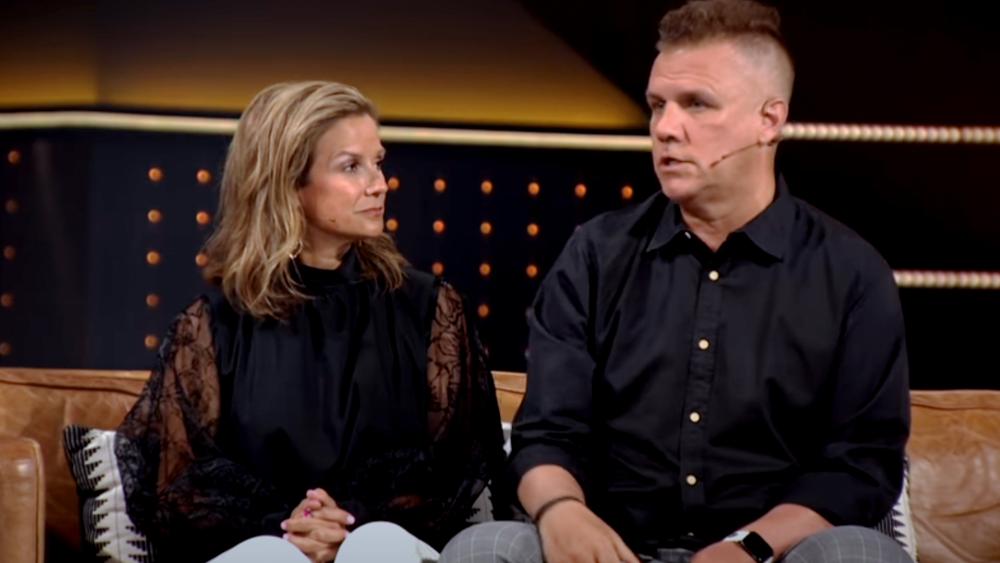 Evangelist Andy Stanley is sharing an inspiring story about a close friend who recently recovered from COVID-19.

Stuart Hall and his wife Kellee joined Stanley during a video interview that was posted to YouTube on Monday where the three discussed the seriousness of the coronavirus, which Hall declared is "no joke."

"It's not a conspiracy theory," he said. "This is not a political agenda. And more than anything, Andy, it's incredibly disrespectful to the medical community. Men and women who are risking their own life to save lives."

Stuart explained that he started feeling unusual after he finished a five-mile walk back in March.

"I coughed a lot during that walk and I thought this one steep hill was the reason why," he said. "I got home that night and just couldn't kick it and progressively started feeling like I had the flu."

Four days later, he went to the hospital.

"On March 29, we went to the emergency room," Stuart said. "They took an x-ray of my chest and their words exactly were, 'we are 97 percent sure you have the virus but because you don't have enough symptoms and we don't have enough tests, we're going to send you home to self-quarantine.'"

He followed the doctor's recommendations, but his condition got worse. His family doctor contacted an infectious disease doctor on April 3, who prescribed him Hydroxychloroquine.

But he was now battling a fever, insomnia, heart palpitations, and difficulty breathing. He went back to the hospital and was admitted for further testing.

A cardiologist approached Kellee to inform her that the main artery in Stuart's heart was completely blocked, which would require surgery.

"It just created this downward spiral of all complications," Kellee said. "From that point, he started bleeding internally, he had ulcers from the ventilator. His body was septic and he had a horrific bacterially infection. He had blood clots in his legs. There were six doctors standing over him saying 'he's dying, what do we do?'"

Another doctor spoke to Kellee about the idea of trying a plasma exchange, which would hopefully save her husband's life.

"He said (the doctor) that it was very low risk and used for sickle cell patients," Kellee explained. After consenting to the procedure, Stuart had made tremendous progress within 24 hours.

"His eyes lit up, he was moving his hands - totally different person," she added. "They did another plasma exchange. They thought they were going to do another one but said he didn't need one."

Several days into having the procedure, Hall was sitting up in a chair and talking to people.

"I was so emotional," Stuart said. "I couldn't put the pieces together."

He was finally well enough to see his family members outside of his hospital room.

"When they bring me out of the room, I'm clapping," Stuart said. "I was clapping because this was really a celebration of all those men and women who fought for my life...it wasn't for me. I had such a hard time talking because I was looking in the faces of people that had risked their life to save my life."

Stuart stayed in the hospital for another month, then came home as a COVID-19 survivor.

"When you think about Jesus saying 'there is no greater love than someone would lay down their life for a friend,'" he added. "Every time we think about doctors and nurses, that's what I'm going to think about. It's the men, women, and friends all over this country that prayed and loved me home."

Watch Andy Stanley's interview with Stuart and Kellee Hall below: