'Fallout': New Book Exposes the Real Motives Behind the Russia Investigation and Plot to Remove Trump from Office 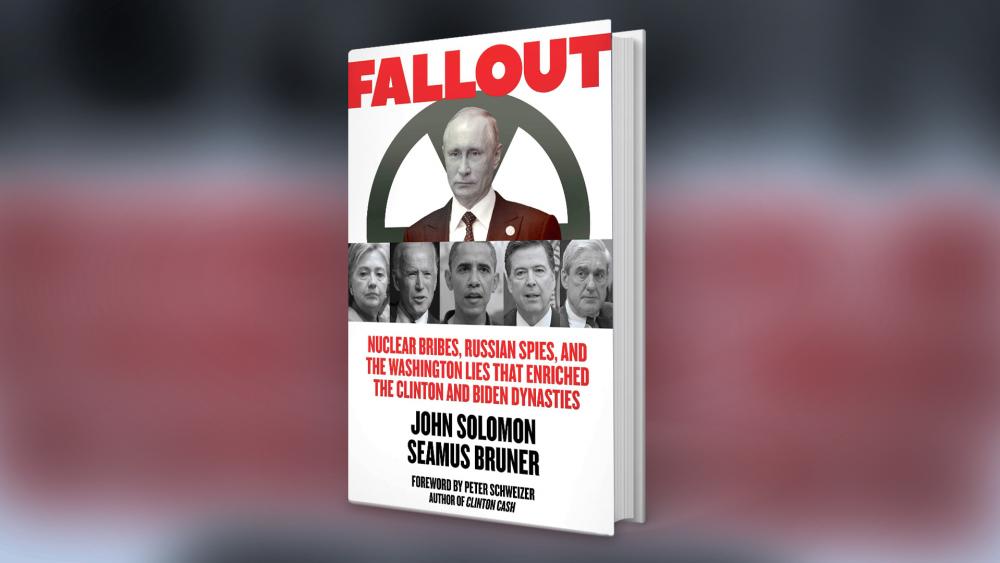 What might have been the real motive behind the Russia investigation and efforts to remove President Trump from office?

One investigative team says it goes as far back as 2010 when then-Secretary of State Hillary Clinton made a deal to sell American uranium to Russia.

The sale of Uranium One put 20 percent of America's domestic uranium supply under the control of Vladimir Putin.

There was also evidence that the Clintons themselves had hugely profited from the deal through contributions to the Clinton Foundation.

According to a new book, Fallout: Nuclear Bribes, Russian Spies, and the Washington Lies that Enriched the Clinton and Biden Dynasties, when presidential candidate Donald Trump made Uranium One the centerpiece of his "Crooked Hillary" attacks, the Clinton team feared it would potentially damage her presidential campaign.

Authors John Solomon and Seamus Bruner point out how that concern spread to members of the Obama-Biden administration, who worried that a President Donald Trump could expose their role in the uranium deal.

The move to neutralize the issue resulted in an unprecedented investigation into the Trump campaign's purported ties to Russia... which ultimately led to impeachment proceedings against the president in 2019.

In Fallout, investigative journalists Solomon and Bruner reveal how this series of political scandals ultimately posed one of the greatest threats to America's democracy in modern history.