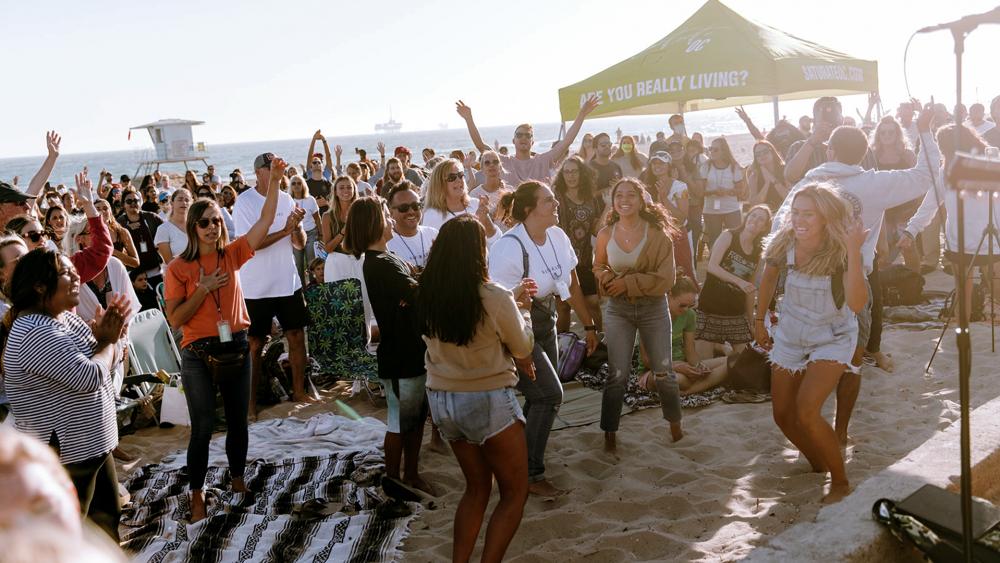 As CBN News reported last week, a revival is taking place on the sandy shores of Huntington Beach, California. Hundreds of people are gathering to worship and pray and receive salvation, and according to the movement's organizers, it continues to grow.

Saturate OC, which stands for "Orange County" began earlier this month as an effort to share the Gospel and spread the good news about the Kingdom of God.

The idea for this evangelistic movement started in 2016 when its organizers Parker and Jessi Green had a vision of thousands of people being baptized along the beach's pier.

"While worshipping we saw a picture of thousands of people being baptized in Huntington Beach," Jessi told CBN News' The PrayerLink. "At the time, I was actually living in New York. There was so many people being baptized that they were having to turn around and baptize the person behind them," she said. "I heard God say that the next revival would be through the equipping of the saints."

Jessi and her husband, Parker, moved their entire family from New York to California to be a part of the movement.

"I never thought I would actually be leading the movement," she said.

In April, Jessi said she heard a word from the Lord telling her that it was time to prepare for the vision she saw in 2016.

"He said, 'Green light. The harvest is Summer 2020. Start gathering churches in the region to partner and prepare the nets'," she recalled.

God wants you to give up depression, anxiety, suicidal thoughts, fear, sin, addictions - but it’s because He has something in exchange. He wants to give you the Kingdom. #SaturateOC

Jessi Green appeared on The PrayerLink earlier this week to share that this next revival would not be through just a few leaders in the Church, but rather a movement that would include all believers.

"We really are passionate about equipping people. This isn't just focused on one person. It's not just focused on Parker and I, but every week we baptize people we commission them to go share the Gospel," she said. "We are hearing thousands of testimonies throughout the week (of) people being saved and bringing people to be baptized."

Jessi also told The PrayerLink the group does work to adhere to social distancing guidelines.

They provide masks and hand sanitizer to each guest that registers for the event.

"It is hard because you are on a beach because people will practice the same free will they practice when they go surfing. So it is really hard to control or manage anything like that," she explained. "So far through Saturate, no one that's come and registered has reported being positive for COVID. We haven't heard anything like that."

She believes most churches across the country have worked to follow social distancing guidelines.

"I think people have a greater risk of getting COVID from going to the grocery store and touching things than they do worshipping God," Jessi said.

And she's excited to report there has been an outpouring of God's Spirit as they worship.

It is for freedom that Christ has set us free. Stand firm, then, and do not let yourselves be burdened again by a yoke of slavery. - Galatians 5:1 Watching the stories of so many people OUT praying, sharing the Gospel, reading the Word together, worshipping in parks is so incredible! This is not a revival! This is a revolution of The Church! Keep going!!!!

"It really feels like you are on heaven on earth. People are really just being set free. And there is so much joy and so much peace. people are being set free from depression and suicidal thoughts," she said. "It feels like what God would always want the earth to look like."

"God is doing something really unique here where every single race, has been there being baptized and also every generation. We have baptized 5-year-old kids and 75-year-old men," she added. "I just baptized on Friday an 8-year-old named Matthew crying because how much he loved Jesus and then he turned around and baptized his 16-year-old sister." 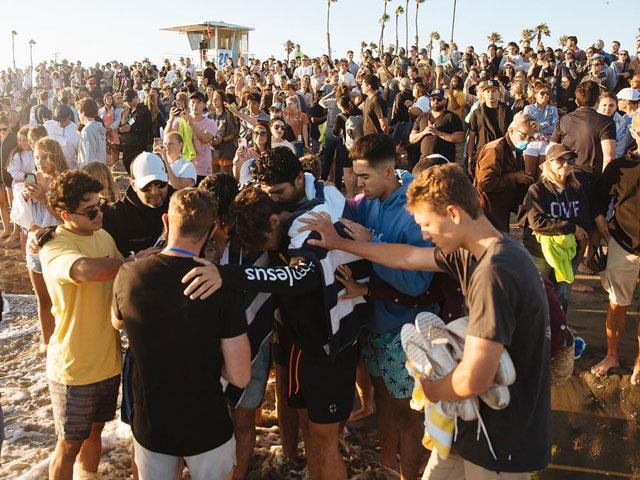 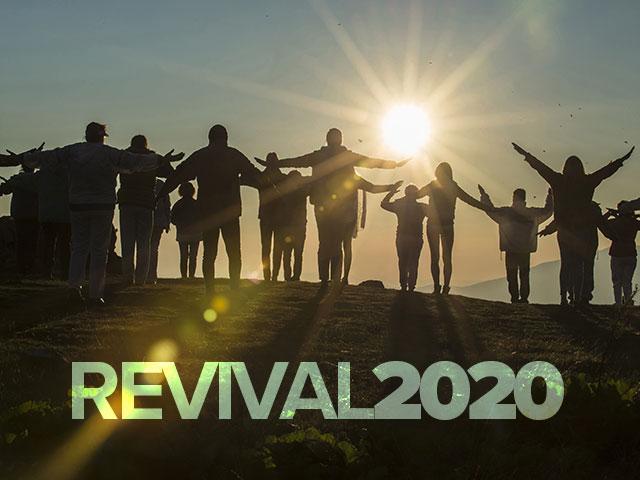