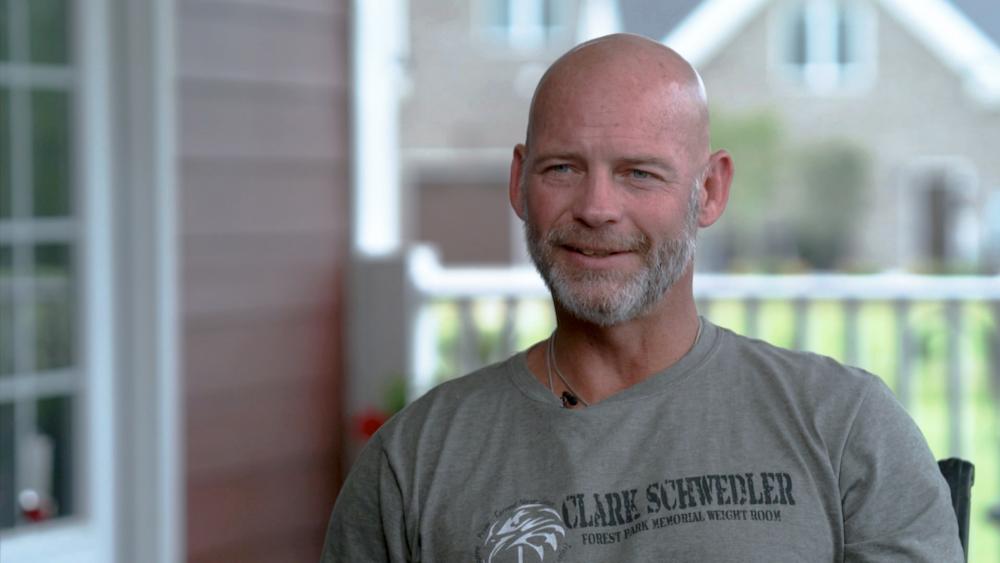 Mike Day is a walking miracle.

Al Qaeda terrorists shot the retired Navy SEAL nearly thirty times, and he lived to tell about it. In fact, Day has been described as "perfectly wounded", the title of his new book.

"It still has all the bullet holes in it; it's still covered in blood; it's ripped in the back here." Retired Navy SEAL Senior Chief Mike Day showed CBN News body armor that helped protect him in a battle with al Qaeda terrorists in Iraq.

"This is what we call an LBE, load-bearing equipment," he said, describing what else he wore. "So this is what you carry your radio in, your magazines, and it's actually loaded up pretty much the way it was that night."

That night in April 2007, in Anbar Province, Day's team of Navy SEALs and Iraqi scouts were on the hunt for a high-level al Qaeda cell. He says the terrorists had shot down helicopters.

Being the first to enter a 12 X 12 room where four al Qaeda leaders waited to strike proved to be almost deadly.

"As soon as I entered the room, they opened fire, and I lost my rifle," Day explained. "I transitioned to my pistol, and I killed the guy down the left wall as I was coming off my feet, and I landed right next to him."

When the gunfight was over, Day took out all four terrorists in the room, but not before being shot 27 times and hit with grenade shrapnel.

Now he has a new book, called Perfectly Wounded: A Memoir About What Happens After a Miracle. He says the title came from a comment made by an emergency room doctor.

"So he got to see all manner of gunshot wounds, stab wounds – I mean he saw it – if you work in the ER, you get to see all that stuff," Day said. "And I was explaining to him where I'd been shot, and his response was, 'Well, you were just perfectly wounded.'"

"Yeah, I do. A lot of people would look at that, that whole gunfight – 'You got shot 27 times and walked away from it. You're here for a reason,'" he shared. "I think I'm just starting to find out that I actually am."

"I look at the rest of my life and how protected I've been; I haven't talked to these people – my guardian angels, or – but, I've almost died and died multiple times, and I'm still here," he continued.

"Maybe a way to help build resiliency, and I don't want to give advice. I don't, I just, I'm like this is how I did it," he said. "That's pretty much what the book's about – how I suffered trauma like everybody's going to, and how I built the resiliency to get through the next one."

Although Day doesn't want to give advice, he does offer this to those who may deal with tough times in their own lives.

"If all you do is sit on the couch and watch TV and eat bad food when something really bad happens, you don't have the training, you don't have the practice to get through that," he said. "And it can become overwhelming, and it's gonna dump you into a hole."

"So it's just a mindset of training and practicing to build resiliency," he continued. "And that means getting up and working out to push yourself just a tiny bit. I like to end my showers with cold water. Knocks the steam down in the room, and it also provides that shock."

"And I think if you practice physical resiliency, it's going to also build your psychological resiliency and vice-versa," he said.

Senior Chief Day is also in the process of starting a non-profit organization called Warrior Tribe. It will provide resiliency education for young people, veterans, and trauma survivors.

"I really want to start working with the at-risk youth 'cause I was," he explained. "I could have made one bad decision then I never would have been able to go into the military."

Day definitely did not cower that night in 2007 in Iraq when he nearly lost his life. He told CBN News it's important to keep the gear that helped to protect him.

"Cause I want to be able to remember," he said. "It's a treasured possession of mine because it helps me remember, and I don't want to forget it."

"Thank you, thank you for doing this; thank you for your service, too, as well, most definitely," this CBN News reporter told Day as our interview wrapped up.

He responded, "I got kicked out of high school. I had nothing else to do."

"No, no, it's very honorable – your service," I answered.

"Well, I'm lucky I got to do it," the "perfectly wounded" warrior replied. 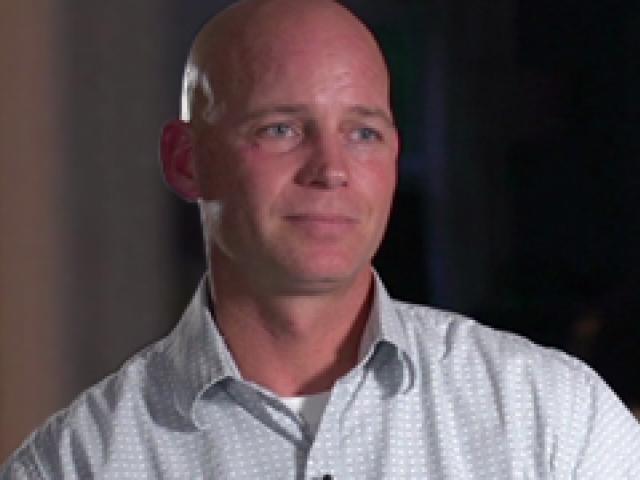