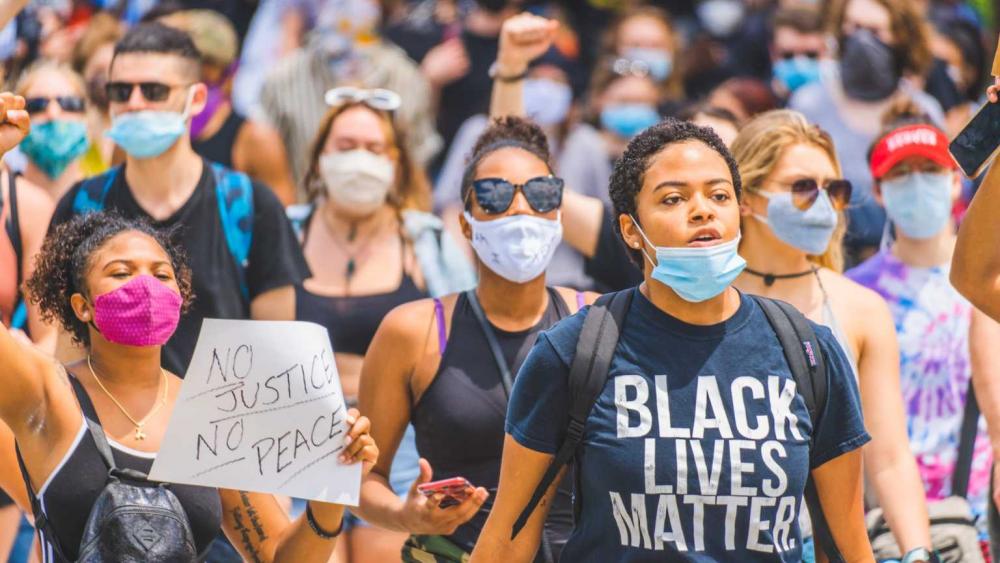 ABOVE:  Dan Andros, the managing editor of Faithwire, appeared on the Monday morning edition of CBN's Newswatch to talk about the Texas pastor's comments. Newswatch can be seen weekdays on the CBN News Channel.

Ed Young chuckled to himself, realizing the backlash he’d soon receive for warning “woke” Christians against jumping too quickly onto “cultural hype trains.”

Sure enough, within a matter of days, Young, a megachurch pastor in Grapevine, Texas, was dragged repeatedly on social media for — in the eyes of his detractors — failing to recognize the difference between the phrase “black lives matter” and the official organization. The irony, the predictable reality Young was laughing to himself about just days before, is their comments were in response to a video in which the Fellowship Church pastor explained the difference between the three-word phrase and the organization, endorsing the former and disavowing the latter.

“‘Woke’ Christian leaders and pastors today are jumping on the ‘hype train’ of what culture is currently applauding,” said Young. “But they don’t really look at what the hype train is connected to. For example, many of the things culture applauds are connected to relativism, abortion, transgenderism, the breakup of the nuclear family.”

One example of the “hype train,” the preacher said, is the Black Lives Matter movement, according to a report from The Christian Post.

Young explained he “wholeheartedly agree[s]” with the phrase, adding, “I believe in it and the church should champion it. We should stand up for equality and justice. I believe we need to lead out.”

“But I can’t support or agree with the core beliefs of the organization Black Lives Matter,” he continued. “It’s tied to abortion, homosexuality, transgenderism, and the breakup of the nuclear family — just to name a few. So I’m not going to hashtag that phrase, because whenever someone hashtags something, they need to hash it out through Scripture, and they need to understand what the people who have started the hashtag are actually living out and what solutions are they recommending.”

The best-selling author and Texas-based preacher went on to argue many Christians jump on board with social movements because they’re “fearful of the backlash, of criticism, fearful of people bolting.”

“We want to be liked; we want to seem ‘woke,’” he contended. “But in reality, we’re afraid to stand for truth or engage in healthy conversation. We need to be wary of jumping on cultural hype trains.”

Racism is an obvious issue that must always be addressed. We must call it out and point people to the answers found in the person of Jesus Christ. I’m all for supporting legislation that pushes the ball of equality down the field, but real change is only going to happen when we have a heart transformation. Too many leaders are fearful to stand. Where is the boldness? Both sides of the aisle have dropped the ball. We must have open conversations, face our fears, and find solutions that work.

He told his congregation that, when it comes to issues over ethnicity, there are fears on “both sides of the issue.” For some there’s “a fear to talk about feelings,” while for others, there’s “a fear of listening and applying what the other side is saying.”

Ultimately, though, the issue is not systemic racism, according to Young.

“I think that we have more of a systemic sin problem in our world than a skin problem,” the pastor said. “Most people I know aren’t racists — some are, yes, and I do believe there’s a skin problem; I just don’t believe it’s systemically the core issue. The real issue is sin, not skin. That’s the root issue, be we’re too fearful to say that because we could be misunderstood or maligned.”

In his new book, “The Fear Virus: Vaccinating Yourself Against Life’s Greatest Phobias,” Young tackles the fear that cripples so many Christians as they attempt to engage issues like racism, homosexuality, pornography, and adultery.

“I have friends who are gay; we have sex workers who attend our church; we have millionaires and those on welfare,” Young said. “We accept everybody, but it doesn’t mean we approve of their behavior. What scares me about the secular worldview is they’re trying to force us not only to accept but approve. In our culture, we have totally conflated acceptance with approval.”

Because of that reality, Young warned Christians need to be measured in how we interact with secular society.

“We need to have a healthy fear of God,” he said. “One day, we will be held accountable before Him. We need to have an answer when God asks, ‘Were you true to my Word? Did you preach the truth?’ [The apostle] Paul says, ‘I am not ashamed of the Gospel.’ There is a way to build bridges with everyone, but draw a line in the sand with the truth.”