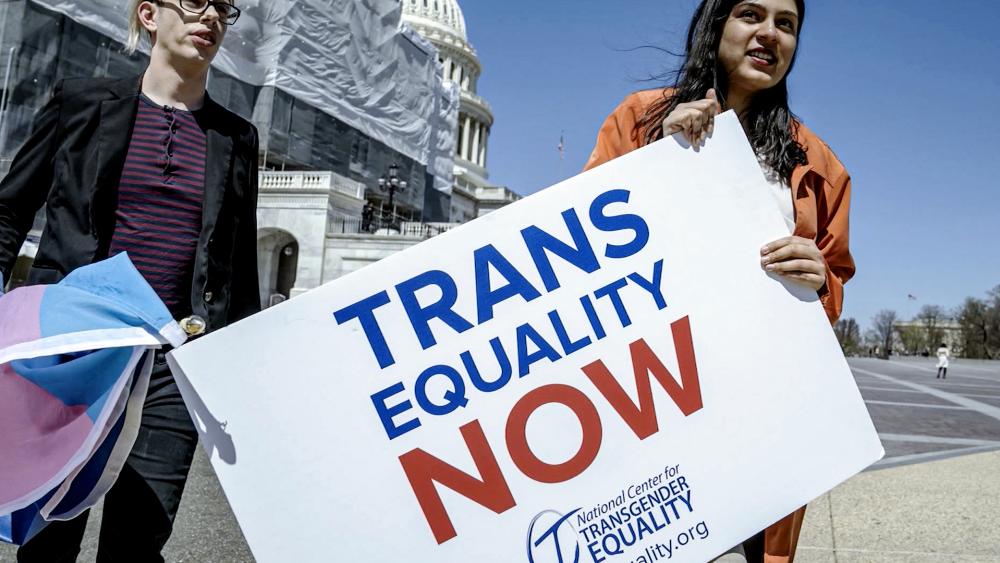 6170231561001
Top Democrats Push to Expand LGBT Rights While Gutting Religious Freedom: 'It Treats Our Beliefs as the Equivalent of Racist Bigotry'

It's called the Equality Act. Opponents say it's anything but, arguing the bill weaponizes the nation's civil rights laws against Americans who don't conform to the LGBT agenda.

Emilie Kao, director of the DeVos Center for Religion and Civil Society at the Heritage Foundation, says the bill forces Americans to live under a new sexual orthodoxy, one that would be imposed on the country by Uncle Sam.

"It treats the people who believe that marriage is between a man and a woman and that we're created male and female – it treats our beliefs as the equivalent of racist bigotry," Kao tells CBN News.

Female athletes would be required to compete with men identifying as women.

Adoption agencies that only place children in homes with a mom and a dad would have to change the way they operate or close.

Students attending Bible-believing schools wouldn't be eligible for federal loans. And that's not all.

The Democrat-controlled House of Representatives passed the Equality Act last spring and last month emboldened Senate Democrats called it up for unanimous consent in an effort to expedite the bill.

Only three Republicans, including Sen. James Lankford (R-OK), spoke out against it.

"No person should be discriminated against in America. No one," Lankford began his remarks no the Senate floor.

However, he points out the Equality Act does just that by elevating the rights of LGBT Americans while dismissing those of Christians and other people of faith.

He also points out the bill adds the words "perception and belief" to the 1964 Civil Rights Act – untested language Lankford predicts would lead to a rash of lawsuits across the country.

"If I go to interview in a job and I'm not hired I can sue that employer because I perceive they were thinking I was gay and so they didn't hire me," Lankford explains.

"I don't have to prove anything. It's based simply on my perception or belief," he adds.

Opponents say the bill completely guts religious liberty by saying the Religious Freedom Restoration Act that passed Congress overwhelmingly in 1993 doesn't apply as a defense leaving people of faith without any legal recourse.

"No piece of federal legislation that has ever been passed has ever said that," explains Tim Schultz with the 1st Amendment Partnership.

So what's next? Biden says he'll make enactment of the Equality Act during his first 100 days a top legislative priority.

However, while Republicans maintain control of the Senate and as long as there is a filibuster – for now – there doesn't appear to be 60 votes for the bill in its current form.

"How much religious freedom we end up getting in this space whether it's in the courts or in the legislatures is really going to be dependent on how much common ground we can find with people who also very vigorously support LGBT rights," Schultz says.

Just look at Virginia, he says. When Democrats took over the statehouse this year they quickly expanded LGBT protections.

He points to alternatives to the Equality Act like the Fairness for All Act based on a Utah law which restores some protections for Christians, but a number of lawmakers argue not nearly enough.

And while racial justice and police reform measures are now front and center, the Equality Act is a top priority for Democrats who will quickly pass it if or when they're given a clear path.