COMMENTARY: I've Made my Plans, but the Lord Determines my Steps 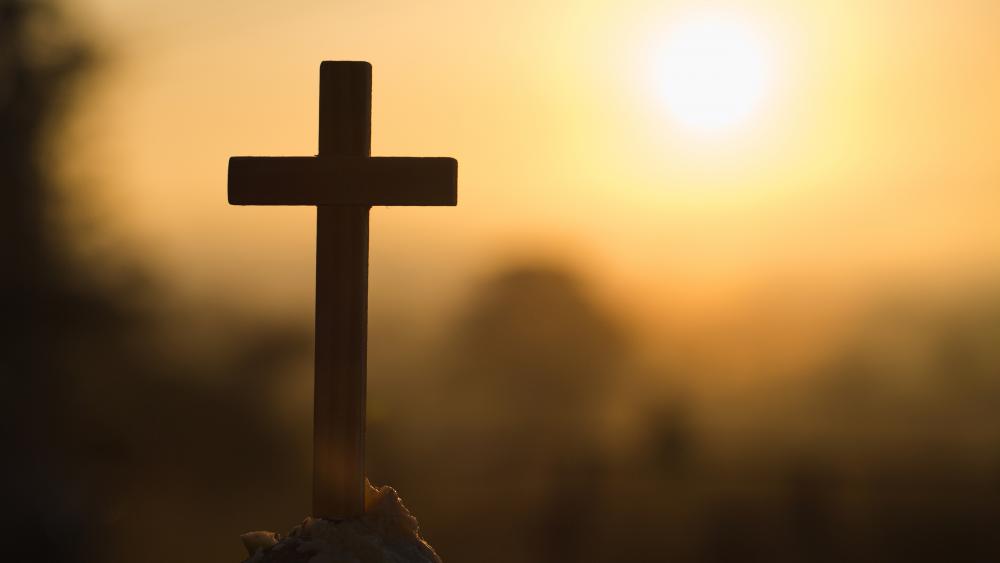 I’ve often been asked how it felt to learn I had cancer. “Were you afraid?” people ask. Absolutely! I was desperately afraid. There’s no disputing that. Was I afraid to die? No. I’m not afraid to leave this life, although I’m not eager to do so either. A good bit of my fear focused on losing precious years with the people I love. Some of it was simply about pain. Some of it was about the unknown.

How would you respond to the news that you were suffering from a possibly fatal disease? Imagine the thoughts and feelings that might flood your heart at such a time, and you’ll know the same things I experienced. Let’s examine a few of those feelings.

The first thing a serious crisis does is burst that pleasant bubble. Suddenly everything we’ve believed about life seems to be shattered. Our lives are in chaos just when everything seemed to be in such fine order. Psalm 71:7 says it this way: “I have become as a wonder to many, but You are my strong refuge.”

What was David talking about? David was a king. He knew that everyone was watching him to see what he’d do. Everyone knew the awful details of his dysfunctional family. He was not only the king but also the man who talked to everyone about God. Now he seemed to have feet of clay. What was he going to do? David didn’t know what to do, but he knew enough to watch God to find out what God would do. The king didn’t have all the answers, but he knew Someone who did. He was wise enough to know the limits of his own wisdom.

In Psalm 71:2, David cries out, “Deliver me in Your righteousness, and cause me to escape.”

Can you identify with that? It’s the most basic cry the soul can release: Lord, I want out! Stop the world; I want to get off! Oh, how we’d love to simply wake up tomorrow morning and find that God has miraculously delivered us from all the effects of the coronavirus. We want things the way they were.

We’ve already heard David’s words, “Do not cast me off in the time of old age; do not forsake me when my strength fails” (v. 9). Can you see the insecurity and loss expressed in those words? Remember the bold and courageous kind of man David was. But time and circumstances and failure have removed any illusions he had of being in control of his own destiny. He no longer buys into the illusion of invulnerability.

If we choose the right path, we find ourselves hurrying into the presence of God for true security and ultimate comfort. We’ve seen the worst of life. Now we’re capable of understanding just how much we really depend on Him. We finally believe that indeed life is a vapor, as the Scriptures say. We have nothing to count on but our loving Father.

A powerful leader is invariably self-reliant and independent. It comes with the territory. He charts his own course and depends on his own resources. But sooner or later, he reaches his limit. Whether age or enemies overtake him, he finds he’s not self-reliant after all. When trials come, the greatest leaders of all, the wisest ones, will then turn their eyes toward heaven. They’ll seek a power higher than themselves and begin to experience a feeling of dependency.

In moments like these, we suddenly realize, “I don’t control my world after all! I could become a victim, no matter how smart or sly or strong or elusive I may be. Lord, I have nowhere to turn. I have no more ideas and nowhere to run or hide. Dear God, if You don’t stand firm and strong for me, all is lost and I have no hope. Only You can rescue me.”

Now you may be thinking, This is true, but I’ve still got a ways to go. I’m fairly young. These are all things that don’t need to concern me right now. Think again. Your clock is ticking, and your time will come more quickly than you felt possible. No one has ever said, “I thought I would never grow old. My youth seemed endless!” Every human clock ticks off the moments toward vulnerability, insecurity, and dependency.

Among my reasons for loving the Psalms is that they were written by historical people who faced trials like the ones you and I face, and they expressed themselves accordingly. The psalmists made no attempt to put a spin on things. There were no editors with red pencils marking out the really tough expressions of emotions. They told it like it was and let the words fly. Their tough, painful, and starkly honest words are there for you and me as part of God’s Word.

David could let the words fly when he felt a sense of urgency. He felt all the despair of anyone in pain. But he also leads us, time after time, to an understanding that completely changes our attitudes. This understanding is expressed in these questions: Are there truly such things as emergencies from the heavenly viewpoint? Is God ever taken by surprise? Is He ever alarmed? Does He panic? For each of these questions, the answer can only be an emphatic, “No!”

This is a tremendously difficult perspective for us to master and maintain: we move in time, but God operates in eternity. He sees the end from the beginning. He cannot be taken by surprise, for our past, present, and future are before Him and in His grip all at once.

How will you choose to deal with your personal crisis— as an emergency or an opportunity? A stumbling block or a stepping- stone? The moment you and I can begin to see things through the heavenly lens, the picture becomes bearable—and we find new strength.

The above is an adaptation of Dr. Jeremiah’s newly released book, “Shelter in God.”

Dr. David Jeremiah is among the best known Christian leaders in the world. He serves as senior pastor of Shadow Mountain Community Church in El Cajon, California, and is the founder and host of Turning Point. Turning Point‘s 30-minute radio program is heard on more than 2,200 radio stations daily. A New York Times bestselling author and Gold Medallion winner, he has written more than fifty books.