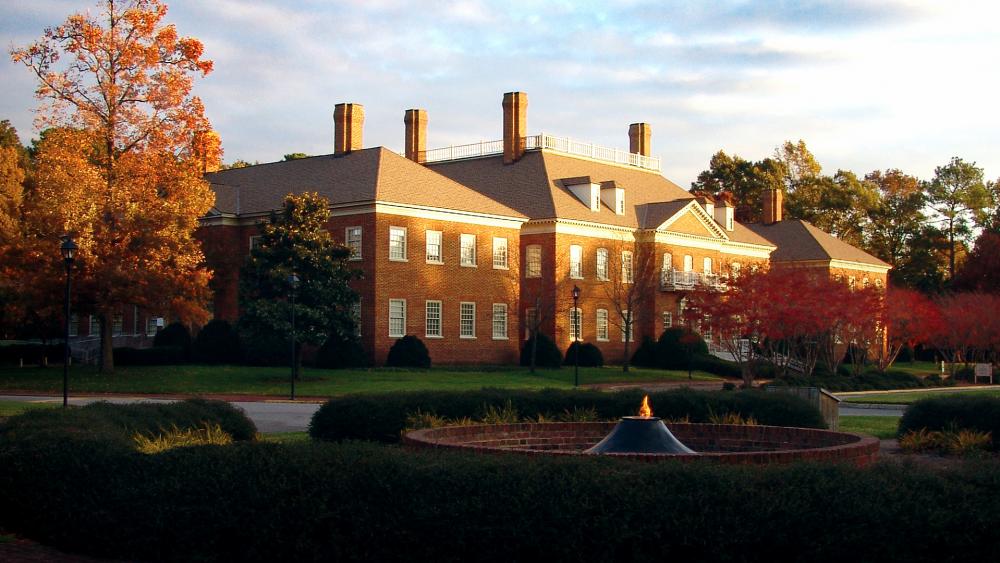 VIRGINIA BEACH, Va. – Regent University School of Law has announced the opening of the Robertson Center for Constitutional Law.

The Robertson Center for Constitutional Law will leverage the expertise of faculty, students, and its global network of alumni and legal experts to promote freedom of speech, separation of powers, and religious freedom. The center has already filed briefs in cases pending before the United States Court of Appeals for the Second Circuit and the United States Supreme Court.

"Regent University School of Law was established to train leaders to defend our Constitution and the principles upon which our nation was founded," said Regent's founder, chancellor & CEO, Dr. M. G. "Pat" Robertson. "The creation of this center is one more step toward fulfilling that mission."

Robertson expressed profound gratitude to the advisory board and Regent leadership for "the wonderful honor" of dedicating the center in his name.

Leading the Robertson Center for Constitutional Law as chair is former Chief Justice of the Supreme Court of North Carolina and dean of the Regent University School of Law, Mark Martin.

"The center will advocate to protect rights secured in the Constitution and work to restore enumerated rights that have been eroded or lost over time," said Chief Justice Martin. "We will always be guided by the judicial philosophy expressed to me by the late Justice Scalia: If the words of our Constitution do not actually mean something, then we are simply making it up as we go."

On May 12, the center filed its first brief. The brief was filed on behalf of amici former members of Congress Sen. Dan Coats and Rep. David Weldon, defending and explaining the meaning of legislation they sponsored protecting the freedom of conscience rights of healthcare workers. The case, NY v. HHS, is currently pending before the United States Court of Appeals for the Second Circuit.

"We were honored to represent Senator Coats and Representative Weldon in our first case," said Lingo. "Those who work in healthcare should never have to choose between their careers and their conscience." He continued, "And we were equally thrilled to work with Judge Starr on our next case. I can't imagine a better partner for the center's debut at the United States Supreme Court."

On June 3, the center filed its first brief with the US Supreme Court, asking the Court to reconsider a case that fundamentally altered the jurisprudence of the Free Exercise Clause of the First Amendment. That case, Fulton v. City of Philadelphia is currently pending before the high court.

"Regent University is continuously advancing the level of mentorship, scholarship, and preparation for our students. The Robertson Center for Constitutional Law is one more step toward that end," said Dr. Gerson Moreno-Riano, executive vice president for Academic Affairs. "It is fitting that the center bears the name of Dr. Robertson, who has dedicated so much of his life to defending the constitutional principles under which this nation has flourished."