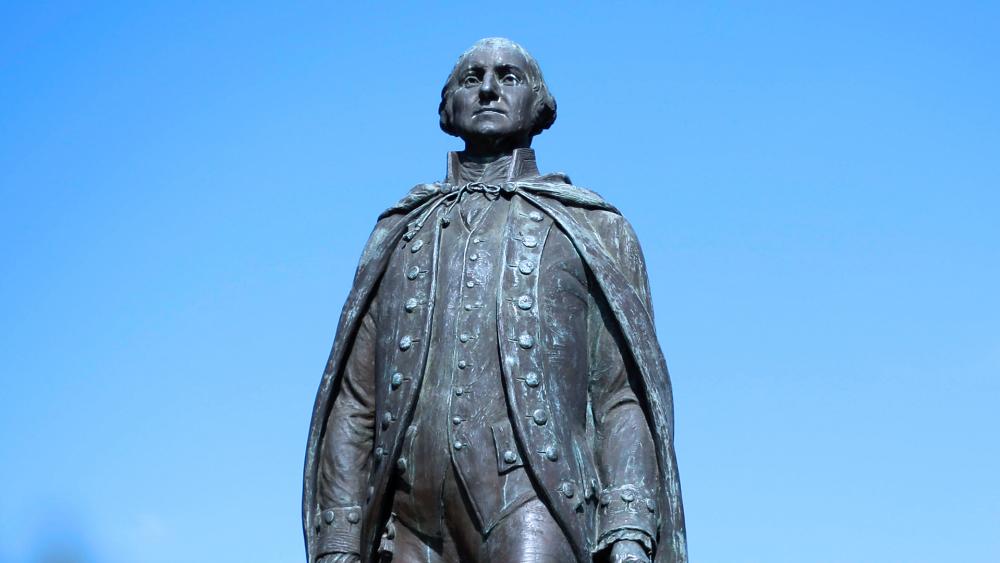 A statue of America's first president, George Washington, has been torn down by rioters in Portland, Oregon. Before toppling the statue, it was vandalized, draped in an American flag, and then lit on fire.

The destruction of the statue occurred after 21 days of protest in Portland, according to CBS News affiliate KOIN. Journalist Andy Ngo tweeted that the words "Genocidal colonist" & "f— cops" were sprayed on the monument. Rioters have begun to build another autonomous zone nearby."

Antifa rioters on Sandy Blvd. in Portland draped a US flag over a George Washington statue & set it on fire. They then toppled the statue. “Genocidal colonist” & “f— cops” are sprayed on monument. Rioters have began to build another autonomous zone nearby. pic.twitter.com/TrZkhPK9zp

The reason for the destruction, supposedly, was because Washington owned slaves, but there is no evidence at all that he was "genocidal."

Another American flag was laid over the toppled George Washington statue in Portland and set on fire. #antifa #BlackLivesMatter pic.twitter.com/Lm9e7Q84Gr

It is true. George Washington did own slaves. But according to the Mount Vernon website, George Washington, the great general who led American forces to freedom from Great Britain's tyranny in the Revolutionary War, and the first President of the United States, was also the only member of America's founders to make provision in his will for the freeing of the enslaved people on his Mount Vernon plantation.

Historian Fergus M. Bordewich told CBN News last year, "In his will, Washington freed every slave he owned and provided for them financially. And he advocated an exceptionally enlightened policy toward native tribes."

According to mountvernon.org, Washington also in accordance with state law, stipulated in his will that "elderly enslaved people or those who were too sick to work were to be supported by his estate in perpetuity."

Washington inherited ten slaves at the age of 11 when his father died. He did purchase a few more but gained most through his marriage to his wife, Martha Custis, which by law were to revert to her first husband's heirs when she died.  At his death, he liberated 123 people that he owned outright and legally was able to do so. Though he was in many ways a creature of his times and upbringing, there's strong evidence that Washington was not comfortable with slavery.

During and after the American Revolution echos of the Declaration of Independence that stated "All men are created equal" were on the lips of many thoughtful Americans. In 1782, Virginia loosened its laws about freeing slaves which resulted in many plantation owners taking the opportunity to do so. According to mountvernon.org, after America gained its independence, between 1780 and 1800, "Virginia's free black population rose from about 3,000 to more than 20,000."

Washington made provision to free his slaves in his will, but always concerned about national unity and the survival of the fledgling United States, he voiced his hope that gradually slavery could be eliminated from the nation by legislation.

"There is not a man living who wishes more sincerely than I do, to see a plan adopted for this abolition of slavery," Washington said in 1786, "but there is only one proper and effectual mode by which it can be accomplished, and that is by Legislative authority."

Eventually, it was American blood, shed by more than 600,000 men in the American Civil War, and the Emancipation Proclamation signed by Republican President Abraham Lincoln in 1863, which ultimately freed the slaves. Later, legislation and enforcement of laws helped make freedom a reality for former slaves.

It is to the Founders' credit, slave-owner or not, that they built a foundation for America that allows peaceful change and improvement of the American system.  The ability to change America is laid out in the US Constitution, where "We the People" have the right to amend our Constitution and create through our votes a better country. That greatness appears lost on the current group of protestors who seem to just want to burn it all down.

In a phone interview with the College Fix, historian Bordewich addressed efforts by radicals to eliminate art depicting great Americans like Washington, saying there "is a deeply wrongheaded habit to project today's norms, values, ideals backwards in time to find our ancestors inevitably falling short."

Without historical perspective and understanding of the past, America faces a rocky and uncertain future. Blotting out the past doesn't help us learn from it. Unless Americans who do have such historical knowledge and insight are willing to step up and articulate American values and resist the violent trashing of American heroes, the freest country in the world that George Washington helped birth, may indeed be on its last legs. 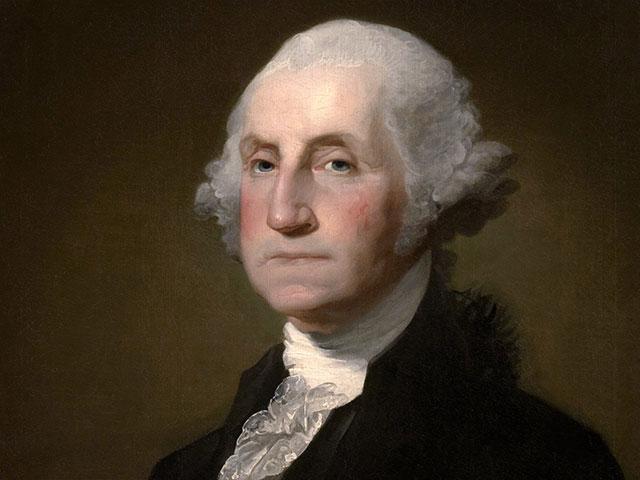 Why George Washington Was Not a Deist, but a Practicing Christian
CBN News Email Updates