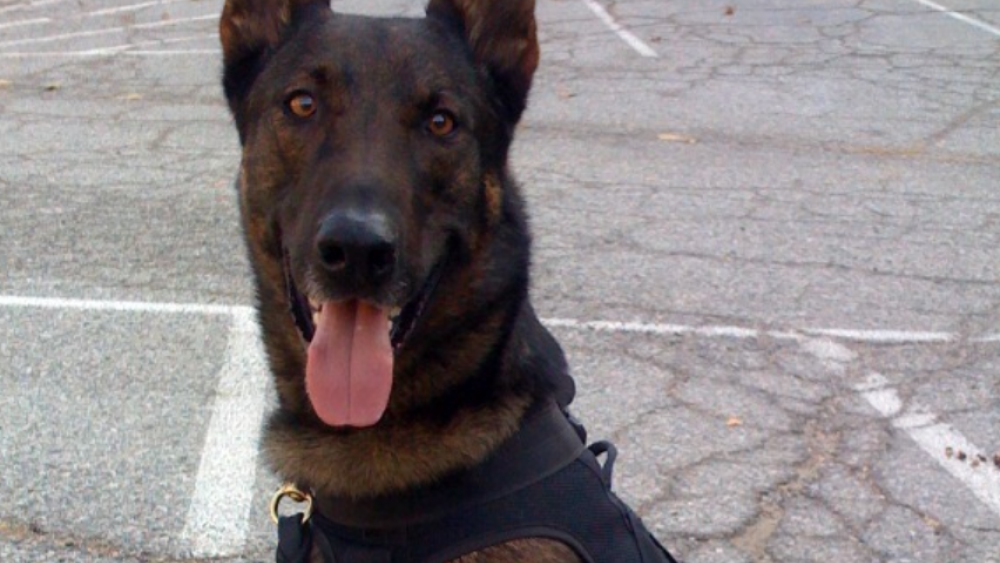 Image Source: Will Chesney
6155910963001
'He Took Care of Me, I Took Care of Him': Retired Navy SEAL Writes Book Honoring His Service Dog

The almost 20-year war on terror has claimed many American casualties. For those who survived their time on the front lines, sharing their stories can be therapeutic. That includes former Navy SEAL Will Chesney, who participated in the mission to take down Osama Bin Laden.

He's now written about it in a book titled No Ordinary Dog: My Partner from the SEAL Teams to the Bin Laden Raid. It focuses on his four-legged partner Cairo who, Chesney says, saved his life in more ways than one.

"I don't like talking about myself but I'll talk about Cairo, he's pretty easy to talk about," Chesney told CBN News.

The 36-year-old says he's always had a love for dogs and knew as a teenager he wanted to be a Navy SEAL.

It wasn't until years later, after achieving that goal that his two loves came together after hearing the testimonials of military dog handlers.

"Raise your hand if a dog's ever saved your life, and everybody's hand went up pretty much," Chesney said of the group of trainers. "The first time I met Cairo was at Dam Neck at the training facility. I remember him coming out toward the bunkers where we were working. He was a good looking, calm dog, and had a great bite. I got pretty lucky getting him."

"We ask these dogs to do some pretty dangerous stuff," Chesney said. "Sometimes they lay down their lives to save ours."

That almost happened during a 2009 mission in Afghanistan when Cairo was shot while protecting his teammates.

"When I saw him, he collapsed and I thought that he had passed away," Chesney said.   "I thought he was dead right there."

But Cairo survived and went on to take part in the mission to finally get Osama Bin Laden, the infamous mastermind behind 9/11.

"My job that night was to do a sweep to the perimeter, put the dog in the best position to find any explosives or tunnel systems," Chesney said.  "I like to say I was just there to babysit Cairo pretty much and let him do all the work. I remember...I'll never forget looking around and seeing that everybody was still alive and okay afterward, and we had accomplished the mission and I got to do it with my dog!"

Assignments then took Chesney and Cairo in different directions. About a year later, a grenade blast left Chesney with a brain injury and post-traumatic stress, resulting in a difficult discharge from the Navy.

By then, Cairo was also reaching the end of his career, and Chesney was able to bring him home.

"Cairo was a huge part of getting me through the tough times as well, Cairo got me through some really tough times," Chesney said.

After watching Cairo suffer from cancer, Chesney had him put down in 2015. He says he wrote "No Ordinary Dog" to honor Cairo's memory while bringing attention to military working dogs and service animals in general.

Just last week the Defense Department said soldiers helping the fight against COVID-19 in New York are getting stress therapy from service animals provided by an organization called Puppies Behind Bars.

That's why, even with shrapnel still in his body, Chesney says he'll continue to advocate for animals who assist and protect our military and first responders. He believes Cairo would be proud.