New Survey Reveals Most Americans and Many Who Identify As Christians, No Longer Believe In Absolute Moral Truth 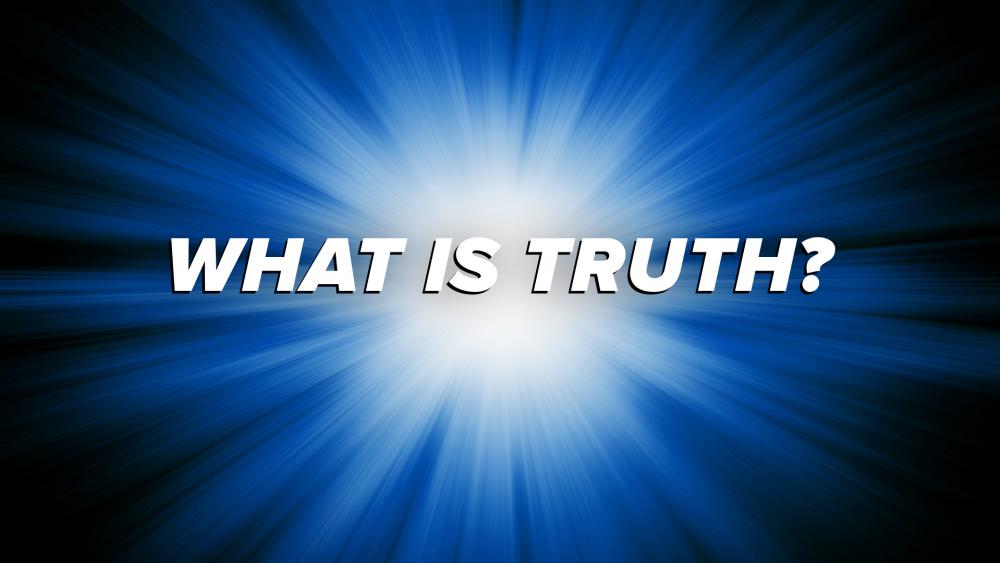 What is truth?  Where do we find it?  Past generations have looked to a source outside themselves -- namely God and the Bible -- for determining morality and truth. But a new study from the Cultural Research Center (CRC) at Arizona Christian University shows that some 58% of Americans surveyed no longer believe that and instead say it's up to the individual to decide what is true or moral.

The  American Worldview Inventory 2020 concluded that "belief in absolute moral truth rooted in God's word is rapidly eroding among all American adults, whether churched or unchurched, within every political segment, and within every age group." Shockingly, that does include American Christians, those who have historically pointed to the Bible as the source of absolute truth and the guide to how we should live our lives.

The study found that evangelicals, defined as those believing the Bible to be the true, reliable word of God, amazingly, are almost as likely to reject absolute moral truth (46%) as to accept it (48%).

Only 43% of those surveyed who identify as born-again Christians still embrace absolute truth. Those with a decidedly biblical worldview were two-and-a-half times more likely than other people to say that God is the basis of truth (96% compared to 38%). In fact, of those surveyed, nearly nine out of ten adults (85%) who have a biblical worldview reject the idea that moral absolutes do not exist and therefore people must create their own moral standards.

So where are Americans looking for truth?

Among Christians, just half (54%) identify God as the basis of truth. Within that group, those whose beliefs position them as "born again" Christians—seven out of ten (69%) say that God is the basis of truth. While a similar proportion adopts that same belief among those who attend either evangelical (72%) or Pentecostal (70%) churches, the percentage drops precipitously among those who attend either a mainline Protestant (37%) or Catholic (43%) church.

Interesting results that perhaps are having an impact on today's politics:  adults who are politically conservative were far more likely than those who are ideologically moderate or liberal to identify God as the basis of truth (62% compared to 36% and 26%, respectively). Liberals were equally likely to name God (26%), scientific proof (25%), and inner certainty (21%) as their basis of truth.

The group designated as SAGECons, described as Spiritually Active Governance Engaged Conservative Christians, were most likely to see God as the source of truth, with nearly nine out of ten (87%) selecting God as their basis of truth, while less than half that number (37%) did so among the rest of the nation.

CRC Director of Research George Barna notes a seismic shift in Americans' beliefs that historically have helped hold us together as a nation, as Americans increasingly define their lives apart from God.

"Only half of Americans now believe," Barna said, "in an all-knowing, all-powerful, loving, and forgiving God.  And less than half believe the Bible is completely true and relevant to modern life."

"It's one thing to lack theological clarity regarding biblical perspectives on immigration policy or the end times," he laments. "It's a much more serious condition when the general public outright rejects God as the source of truth, the Bible as the conveyance of truth, and the very importance of integrating a known, proven, and stable source of truth into our daily decision-making and lifestyle."

Perhaps not surprisingly, there is a generational divide in survey findings. Younger people, adults under age 30, were notably less likely than older adults to select God as the foundation of truth (31% compared to 45% among older adults).

Dr. Tracy Munsil, executive director of the CRC, says the implications of that finding are "staggering" for the next generation, and should be a call to action for older generations.

"We are seeing an untethered generation, young people completely adrift, with no foundation in God, biblical truth, or standards of morality—the very things that enabled generations before them to live well and flourish. Those who still recognize the truth of God and His standards have a responsibility to share these with the next generation. Or they will be lost to this next generation, and maybe to our nation forever."