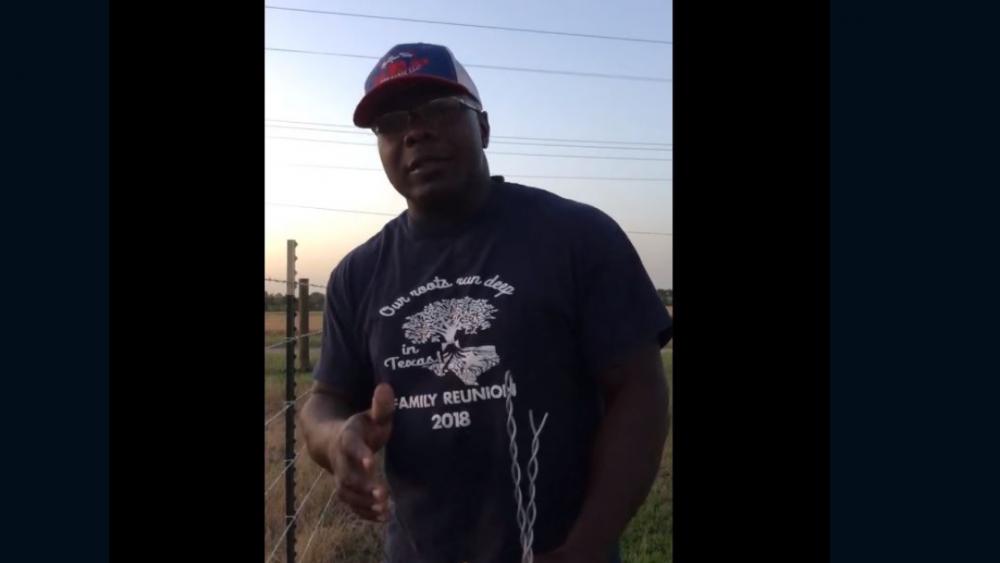 A Texas man’s message about what can truly change the country is resonating with millions of Americans.

Jerry Roberts, a maintenance manager at a farm in Texas, unleashed a six-minute message that has garnered support from all over the country.

“Protesting isn’t going to change anybody. Protesting is not gonna change anything,” Roberts said. “There’s only one thing that’s going to change people and that is Jesus Christ, the power of the Holy Spirit, sanctification of the world of the living God. John chapter 17 verse 17, that is the only thing that’s going to change people’s lives. God is the only one that’s gonna give you a new heart and a new spirit. That’s it. God himself. The living God. The God and Father the Lord and Savior Jesus Christ. So what we need to do is turn to the Bible and stop turning to social media and stop turning to the ways of the ungodly.”

You can watch his entire message here, or keep reading below.

“We don’t do things the way the world does things,” he began before summarizing the story from Luke 24 about the road to Emmaus. Two men were walking, and their conversation was fixated on Jesus’ crucifixion and death, and still downtrodden.

“What manner of conversation are you having?” Roberts asks before explaining that we should not get trapped, mired in the things that look bleak all around us, and instead fix our eyes on something higher.

“You’re falling into Satan’s trap. Satan wants us to talk about the things of this world. He wants to talk about this word called racism that the world comes up with – which is really the word respecter of person.”

Roberts repeatedly pointed to Scripture as our guide for navigating the tough issues of the day, explaining that there is nothing new under the sun, and that includes racism. “We should not be surprised at the things going on in this world when the Bible clearly explains the things that are happening today.”

He encouraged Christians to lean on the Bible and not to get mired into the discussions of the today without pointing back to God. He argued that staying focused on the negative will only serve to fuel anger and division.

“Make sure you’re someone speaking about things that edify. We have so much more to be talking about than the things of this world.”

He singled out ministers especially to be very intentional and careful about what they’re preaching.

Another contrast he drew from the Bible was in how we’re seeing people treat authorities. “While the world is slandering and beating down those in authority, 1 Timothy chapter 2 verse 2 tells us we should be praying for authority,” he said, before continuing on. “I heard this thing that black lives matter. Listen, if you are a follower of Jesus Christ all lives matter not just African American lives because Jesus died for all. Every life on this earth matters.”