'Called Home to Heaven': Wife of US Congressman Andy Barr Passes Away Suddenly at Age 39 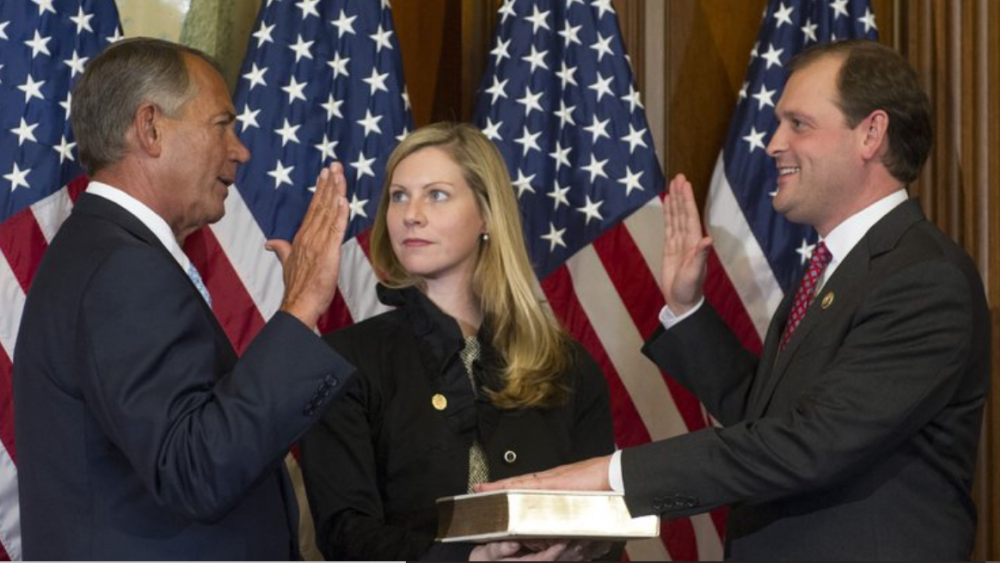 LEXINGTON, Ky. (AP) - The wife of a U.S. Congressman from Kentucky died unexpectedly in the family’s home Tuesday night at the age of 39, news outlets reported.

Eleanor Carol Leavell Barr, the wife of U.S. Rep. Andy Barr, passed away in Lexington, Barr’s Chief of Staff Mary Rosado said in a statement. The Fayette County coroner was called to the family’s home following the announcement of her passing, WKYT-TV reported.

“During this tragic time, we respectfully ask for privacy for Congressman Barr and his family to grieve Mrs. Barr being called home to heaven,” the statement added. “Congressman Barr may release a more detailed statement at a later date, but right now is solely focused on being a father to his two beautiful daughters.”

U.S. Senate Majority Leader Mitch McConnell said in a statement he and his wife are “stunned and heartbroken” by the news, and send their “sincere condolences to Andy, their family, and his staff at this terribly painful time."

Condolences for her passing flowed in through the night from other Kentucky politicians, including Gov. Andy Beshear and U.S. Sen. Rand Paul.

Barr, who went by Carol, grew up in the state, and went on to attend the University of Kentucky, news outlets reported. She married Andy Barr in 2008 and the couple went on to have two children. She had worked for Pfizer and as the executive director of Lexington’s Henry Clay Center for Statesmanship.