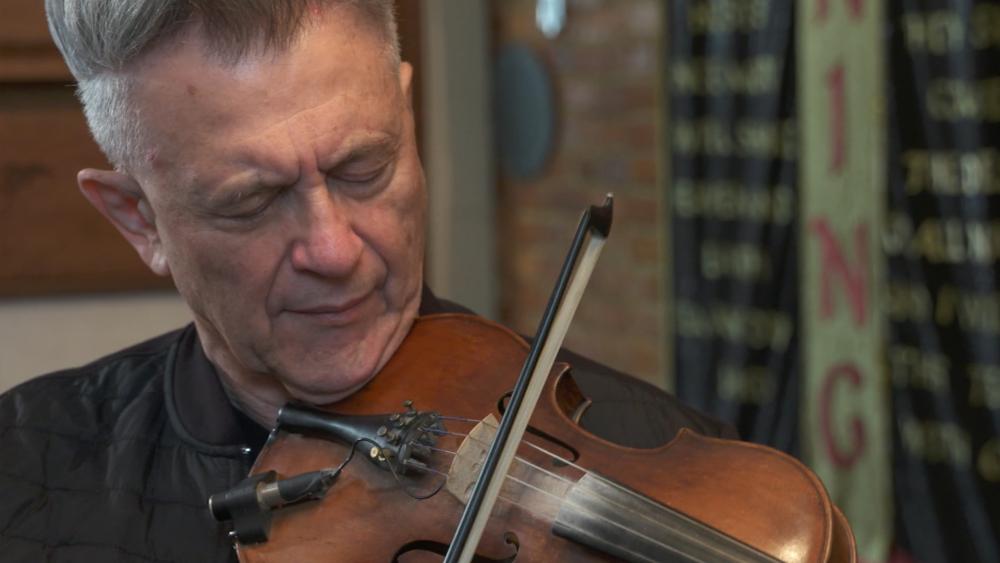 WASHINGTON – Surveys show more than half of young Americans would prefer moving to a socialist economy and government. About a third say they'd even opt for communism.

While things like free college tuition might sound great, it can come with a high cost, such as the government taking away the freedoms we enjoy today. Those who've lived under it warn against it.

Georgian Banov leads worship, often with Christian rock bands, across the world. Not only does he love rocking out for God, but he's also a classical violinist. While Georgian rejoices in his freedom as a Christian, he still mourns over those who suffered for decades in his childhood home of Bulgaria, trapped behind the Iron Curtain.

"They immediately went after killing every capitalist," Banov recalled of the communists who took power. "Because according to Karl Marx, capitalism is the main evil. They make them dig a ditch, they throw them in the ditch, they put oil on them and burn them."

Banov said his grandmother witnessed such mass murders and told him she could never forget the smell of burning flesh.

It's important to remember communism and socialism are inextricably linked. After all, the communist USSR was the Union of Soviet SOCIALIST Republics – a system controlling everything, leveling its people out by crushing individual incentive.

"Everybody makes the same amount of money," Banov stated. "So if you're good at something and work hard, you don't get a dime more than the guys who sit and do nothing. So the productivity goes lower and lower and lower. This is very destructive to a successful economy. Now everybody's poor."

"There's nothing to buy because everything is so depleted," Banov said, and remembered the stores in his youth. "The only thing you could buy every day is bread. Whatever came, we'd buy and we ate it right away. And there wasn't enough for you to even refrigerate in your house."

Five Families in a Five-Room Home

This was probably good because he can't recall anyone having a refrigerator. As for him, he remembers being so poor, his family was one of five packed into a five-room home.

Banov also remembers the constant fear of stepping out of line because the communists were constantly watching.

"Unless you're saying things that are in line 100 percent with the communist propaganda doctrine, you get pulled out and eventually you disappear," Banov recalled, remembering the cowed Bulgarians all about him. "They're afraid that if they say something, they're going to get arrested."

What You Can Say, Do, Believe All Dictated to You

And in the schools, one's life, profession, and the beliefs they were allowed to have were all dictated to them.

He said of his instructors at school, "You are directly controlled by a supervisor who is over the teachers, making sure everything you say supports the communists."

Banov pointed out it's not just about economics, but snuffing out God. He explained Karl Marx, the man behind communism and socialism, despised God.

Banov quoted Marx, saying, "'God, I hate You and I'll hurt you by destroying the people You create for Your glory.' So the whole system is actually an anti-Christ system. They became God. 'Praise us. Glorify the communists.' So it's a religion."

Banov saw how Bulgaria clamped down on Christians with an iron fist, demanding their membership rolls, dictating what could be preached and taking their Bibles. Because the communists couldn't stand that these Christians believed in and submitted to a power higher than the state.

"It is the only enemy that they cannot fight, they know," Banov said of the communists. "So they really pushed Christians, to break them down, to submit to them. And if they don't submit, 'you're out!' Bibles were confiscated. And every Bible press was destroyed."

But he pointed out in the end, the communists – just like ancient Rome – couldn't wipe out Christianity.

"Kind of like happened in Rome with the early Roman church," Banov explained. "We're talking about the most powerful war machine in the world – conquered Europe, conquered the Middle East, conquered northern Africa. It couldn't conquer a handful of believers in its backyard."

For those who think America can have a softer, kinder socialism, Banov wishes they could understand to succeed, it has to take total control, and that means taking away freedoms. He contrasts that to the God who gives freedom and power to care for all.

"You don't need to empower the government to fix your problems. We the people are well able to fix our problems," he insisted. "So instead of falling for what the communists will do for you, ask what God will do for you with the gift He has given you."

It was Banov's gift of music that got him into trouble with the Communists. He helped form a Bulgarian rock 'n roll band in the 1960s.

"We were the first rock band ever to come on national television. We weren't even that good, but there were no bands to compare. So we were on the television and there was only one channel, so overnight we're the Number One, Number Two…we're the Top Ten," Banov said, laughing over the memories of his group's unexpected sudden fame.

The rockers would drive their Bulgarian audiences wild with enthusiasm and that soon caught the Communists' watchful eye.

"Young people standing and clapping to them is like a revolution," Banov said, recalling, "They say 'no clapping during songs.' They tried to impose the rules. They actually arrested me for starting clapping. I got released, but I got arrested to show the rest 'even Georgian Banov, the rock drummer, cannot break the rule.'"

The Day the Music Died

And finally, the Communists shut the rock 'n roll down in the middle of a big concert.

"Unplugged all our guitars and instruments. They said, 'You're all going home. No more rock 'n roll. This is out of control.' That pushed me to want to get out of there. And I said 'That's it, I can't handle this.'"

When he could, Banov made a break for it and headed to the United States, saying, "Eventually I escaped through Iron Curtain and made it to the Free Country – Yay!"

And here in America, he met the Jesus People who led him to a personal encounter with God.

Banov remembered, "That's the first time I felt [the] freedom that I longed for on the inside."