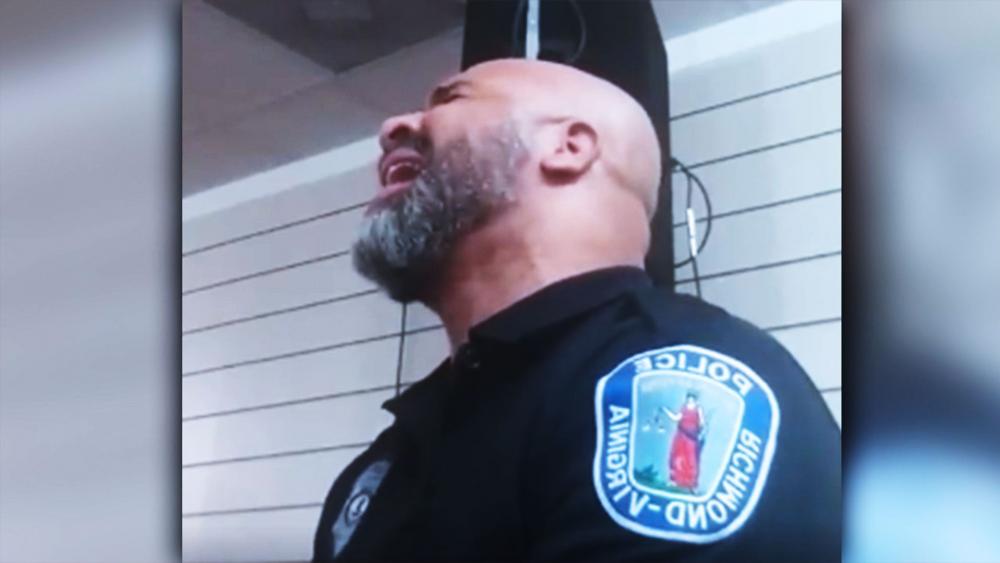 A video of a police officer in Richmond, Virginia has gone viral as he sings a breathtaking rendition of "The Best in Me."

Mayo has been with the Richmond Police Department since 2005 and works as a school resource officer at Richmond Alternative School, according to the Facebook post.

And the officer participates in the Police Athletic League program as a referee and mentor. Mayo's Facebook bio says he is also a minister of music at Truth Ministries.

"I've always been inspired by this song, but for some reason, I couldn't get it out of my head. So I had to get to a piano immediately to minister to myself," he said.

Mayo explained that he had just finished working and stopped by church to engage in some much needed praise and worship.

"I sing in or out of uniform at the drop of a dime," he said. "I had just gotten off work and stopped by the church, where I am a minister of music, on the way home to do Praise and Worship for myself. I have to minister to myself before I can minister to someone else."

Mayo originally posted the video on March 4 with the caption, "When everyone else around could only see my failures, God saw the best in Me...it doesn't matter what I did, because God sees me for who I am....He knows MY heart."

With more than a million views, the officer's profound performance has been a blessing to so many.

"Know that, no matter what you are going through, there is a higher power that looks beyond your faults and see your needs," Mayo added.