Light Against the Darkness: COVID-19 Results in Extreme Acts of Kindness or #Coronakindness 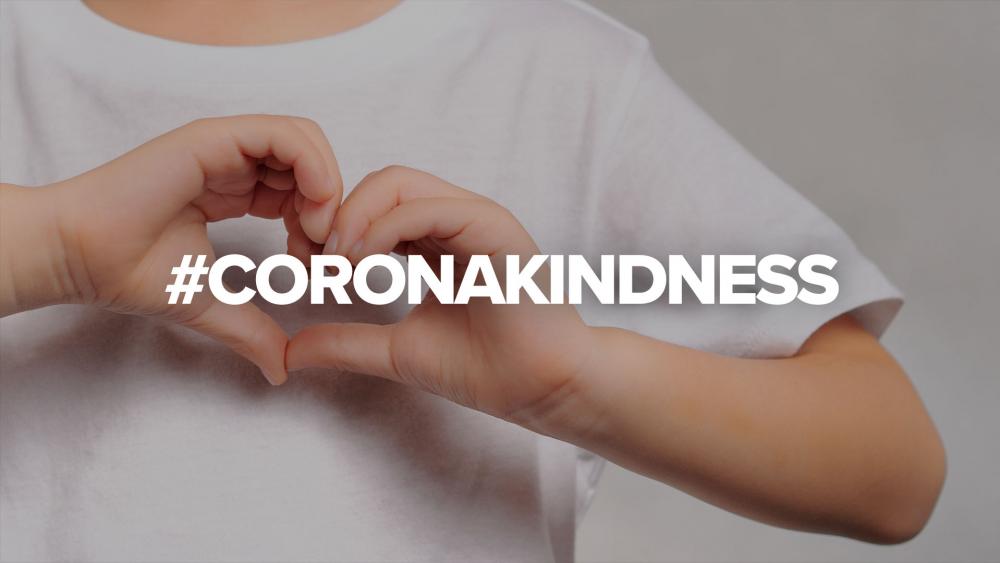 You may have heard or seen the stories of people hoarding everything from toilet paper to canned goods due to the COVID-19 pandemic. But even though these stories abound in the daily news cycle, there are also other stories of how Americans are banding together during this time of crisis to perform daily acts of kindness.

For example, a customer in Houston, Texas, left a $9,400 gratuity at a local restaurant, CBS-17 reports.

Someone came into Irma's Southwest restaurant last week and left the enormous tip after Harris County, where the restaurant is located, announced a mandatory shutdown of all bars, nightclubs, and restaurants.

"Hold tip to pay you guys over the next few weeks," the customer wrote on the receipt.

"This is beyond. I mean, I don't even have words for it," Janet Montez, assistant general manager of the restaurant told the television station. "It doesn't surprise me because they're so kind. Generous people. Always have been."

The Agence France-Presse reports another restaurant in San Diego, CA, was forced to shut down due to the pandemic but gave away 500 care packages before closing.

"We will come back strong with tacos for everyone," the restaurant said in an Instagram post after announcing it was shutting down.

David Nisenboyn said he first consults by phone and video before determining whether to receive a patient.

"I've got plenty of time to do consults if necessary ... we've got three weeks of lockdowns!" he told the AFP.

And the Shine Spirits Distillery in Portland, OR, is turning a byproduct from its normal operation into a hand sanitizer solution made of 80 percent alcohol.

Some people across the country are also putting back up their Christmas lights in order to bring the light to fight against the darkness and gloom that other folks may be feeling.

Twitter user Lisa St. Regis wrote about a friend who told her about an elderly neighbor's idea of using Christmas lights to make people feel better.

"A friend just shared that an elderly neighbor came to her house and asked her husband to turn on the Christmas lights because there's so much darkness and scariness now. So, there are bright dancing Christmas lights now on in their neighborhood. #coronakindness," Regis posted.

A friend just shared that an elderly neighbor came to her house and asked her husband to turn on the Christmas lights because there's so much darkness and scariness now. So, there are bright dancing Christmas lights now on in their neighborhood. #coronakindness

These extreme acts of kindness are not limited by any age. A first-grader in Gaithersburg, MD, decided to spend the money he had saved up to help those in need.

Fox News reports Cavanaugh Bell, 7, took $600 of his own money and purchased 65 "COVID-19 Carepacks" along with 31 hot meals from a local restaurant to help senior citizens. He also went on a shopping trip and filled up several carts with food for seniors.

In addition, Bell also helped feed 90 students in need. He has started a non-profit called Cool and Dope whose mission is to "eradicate all bullying and youth suicide through political and social action" by the time he turns 18 on Nov. 20, 2030.