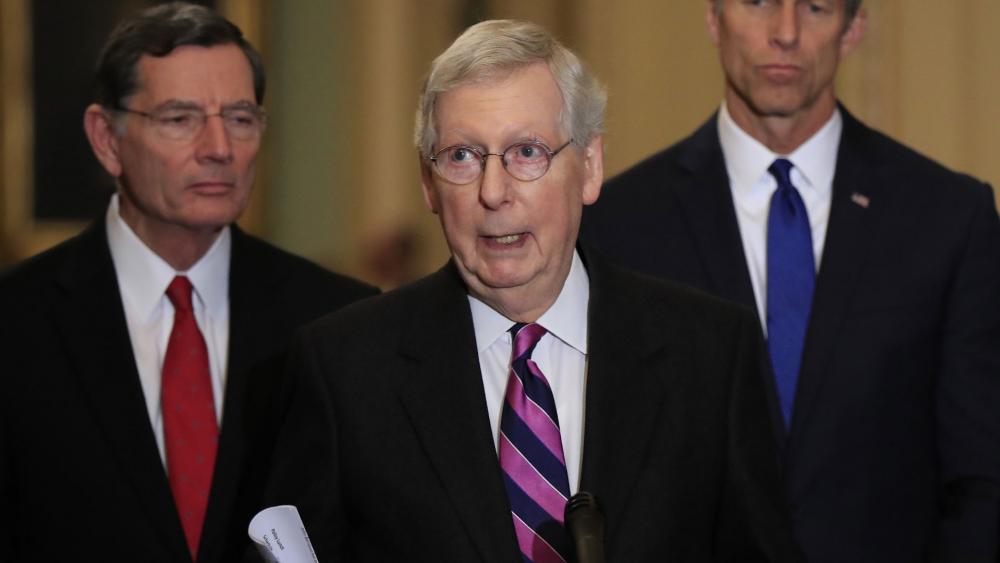 Senate Republicans (Photo: AP)
6144909954001
Record 3.3M File for Unemployment, but Relief Checks May Be in the Mail Soon as Senate Passes Historic Bill

The COVID-19 economic fallout has begun as 3.3 million people have applied for unemployment. That is a record-high number of jobless claims. It quadruples the previous record which was set in 1982. It comes amid layoffs by stalled businesses during the widespread economic shutdowns because of the coronavirus, and many fear it's just the beginning.

The unemployment news comes as the US Senate has just passed a historic $2.2 trillion economic rescue package that would mean checks in the mail for Americans within weeks.

Late Wednesday, the Senate voted 96-0 to approve the relief package which aims to help both families and businesses survive in an economy spiraling into recession.

The president tweeted about the relief package overnight saying "Congratulations America!" The House is expected to vote on the bill Friday.

The legislation includes generous help for individual Americans. As it stands now, the government will send people earning $75,000 or less a $1,200 check plus $500 per child. Those earning up to $99,000 a year will get a smaller check.

Treasury Secretary Steven Mnuchin explained, "Our expectation is within three weeks we will have direct payments out where we have depository information and we're looking to get a lot more information and we have procedures to do that."

He said business loans will be available even sooner. "And at the end of next week we want all the banks to be able to originate loans same day," said Mnuchin.

The president says he would like to reopen the country by April 12th -Easter - but his medical experts say that may or may not work.

Dr. Anthony Fauci, the top doctor on the president's coronavirus task force, has urged the public to understand that the spread of the virus is what will dictate policy. On CNN he warned, "You gotta understand, you don't make the timeline. The virus makes the timeline."

The number of US deaths from the virus now tops 1,000 and with the number of cases doubling every three days, there's enormous concern about hospital capacity.

An estimated five percent of the sick need ICU beds. An Associated Press analysis of federal hospital data shows that more than 7 million people age 60 and older, who are most at risk of severe illness from the virus, live in counties without ICU beds.

One month after Mardi Gras, Louisiana has the third-highest rate per capita in the country.

New York is still the biggest hot spot but the governor does say he's encouraged that the rate of hospitalization in the city is slowing slightly.