'We All Need to Turn to Our God and Pray as a Nation': Police Officer Prays Daily at School Flagpole 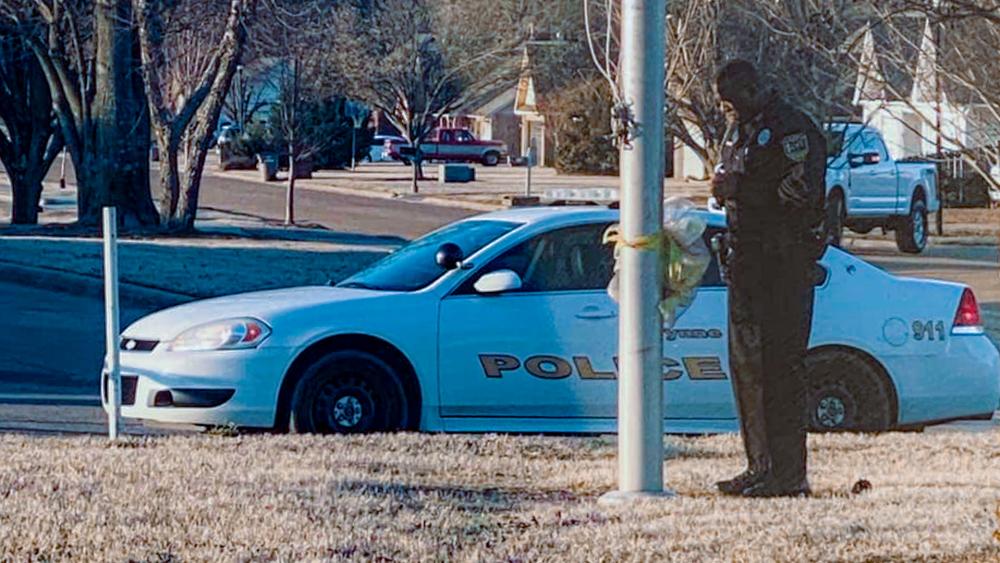 A school resource officer in a small Arkansas city stands before a flagpole everyday and prays for the safety of his community.

DeAndra Warren is a police officer with Wynne Police Department and said he was "led by the spirit of God to pray at the flagpole," according to The Washington Examiner.

Last month, a photo was taken of Warren praying at the pole, which was shared on Facebook by his eldest daughter.

De'Andria Warren wrote, "Often you don't see an officer on school grounds at the flag pole praying for our children! I know this amazing Man of God who prays for our school systems, your children, and our community every day faithfully! This outstanding man is my dad and I'm so proud to be his daughter! There's not too many people out here in this world like him! Officer Warren we are so thankful for you!"

The police officer said he prays for everyone because of the negativity in the world today.

"With the negativity in our world today towards our nation, law enforcement, communities and school systems, prayer is much needed," he said.

Warren, who has been a police officer for seven years, explains that he started praying for students while on patrol in 2015 and hasn't stopped, WTVG-TV reports.

"I'd be on my patrol and just pray as I walk up and down the halls," he said. "One moment I just felt the urge to stop at the flagpole and start praying at the pole because of what it represents and with so many things that are going on in our nation."

He added that we all need to turn to our God and pray as a nation.

"It's just time for America to turn back to God, and praying at the flagpole that holds the American flag is a way for me to stand in the gap for not just the students in Wynne, Arkansas, but for all students in America."

Warren is also a minister at the Tabernacle of Faith New Testament Church.