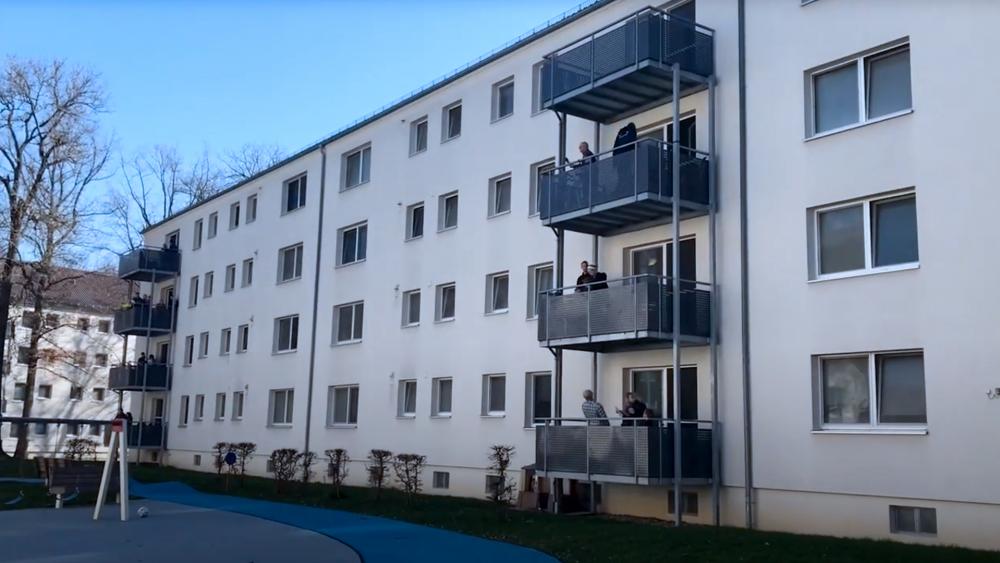 Screen capture of a US military housing in Germany where a worship service was held from a balcony.

The COVID-19 virus has led to many a creative effort by folks to maintain normalcy in the midst of a major disruption to normal life, and Christian believers are no different. Many churches have altered services and moved them to online or to drive-in meetings that maintain social distancing. But it appears those same kinds of efforts are causing a backlash in a US military barracks in Germany.

A group known for challenging religious expression in the military has lodged a complaint with the commander of the US Army Garrison in Stuttgart, Germany, against an Air Force officer for conducting church services from his barracks balcony. The complaint letter describes the singing and Bible reading from the balcony as "hideous" and "wretched", allegedly creating a "particularly horrific, unconstitutional situation."

Click the video below to see for yourself just what has caused such a stir.

In a letter to Colonel Jason W. Condrey, Mikey Weinstein of the so-called Military Religious Freedom Foundation (MRFF), terms the balcony singing and Bible reading as "Sunday Christian Porch Preaching" and says it is a violation of the First Amendment establishment clause and various other laws and directives from the military.

The offender, Weinstein says, is USAF Lt. Col. David McGraw.  And the fact that he is an officer makes his balcony services all the more egregious because, according to Weinstein, "he is directly violating Air Force Instruction (AFI) 1-1, Section 2.12."

That directive states that leaders have to maintain a balance between their own free exercise of religion and the prohibition against establishing a religion. It says "They must ensure their words and actions cannot reasonably be construed to be officially endorsing or disapproving of or extending preferential treatment for any faith, belief, or absence of belief."

Because AFI 1-1 is directive, rather than merely advisory, Weinstein says the "constitutionally odious 'Sunday Christian porch preaching'" by Lt.Col. McGraw is a crime under military law.

Weinstein demands that  Lt. Col. David McGraw be ordered "to immediately cease and desist from any further heinous violations," and that McGraw be "aggressively and visibly punished" for what he has done.

Weinstein told the Christian Post that he believes McGraw should be court-martialed. According to Weinstein, his complaint letter came about because of an email he received from a barracks resident objecting to the balcony services. The email says the services began on March 15th and have increased in duration to about thirty minutes, according to the site.  Weinstein says MRFF also represents about 28 residents in total objecting to the services.

Mike Berry, General Counsel for the First Liberty Institute, told CBN News that he would gladly represent Lt. Col. McGraw free of charge if any official charges are brought against him.

He explained that Air Force Instruction (AFI) 1-1, Section 2.12. cited by Weinstein does not apply to a military member engaging in religious activity from home, but only when it involves official duties, like if a commander were to take action against McGraw simply because he participated in religious activity.

Berry says he has seen the video and read the facts. "What we have here is a person who is not able to go to church who found a creative way to worship. It's an activity legally protected by the Constitution, and the Supreme Court has said that the mere fact that someone may be offended by it doesn't mean it violates the law or is grounds for a legal complaint."

Meanwhile, Weinstein's letter also contends "...once a person dons the uniform of our nation's armed forces, his or her First Amendment rights, to include rights of religious speech, will be SIGNIFICANTLY curtailed..."

Military members give up a lot of individual freedoms to serve their country, but Berry says the Constitutional right to practice their religion is not one of them. 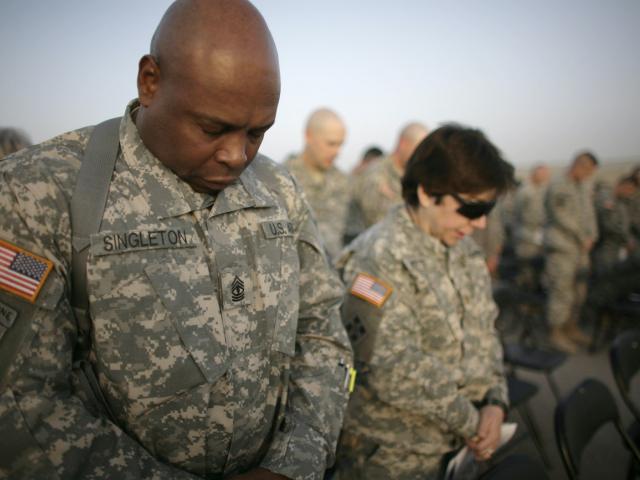