Jobless Claims Are up Again, and Home Sales Are Down 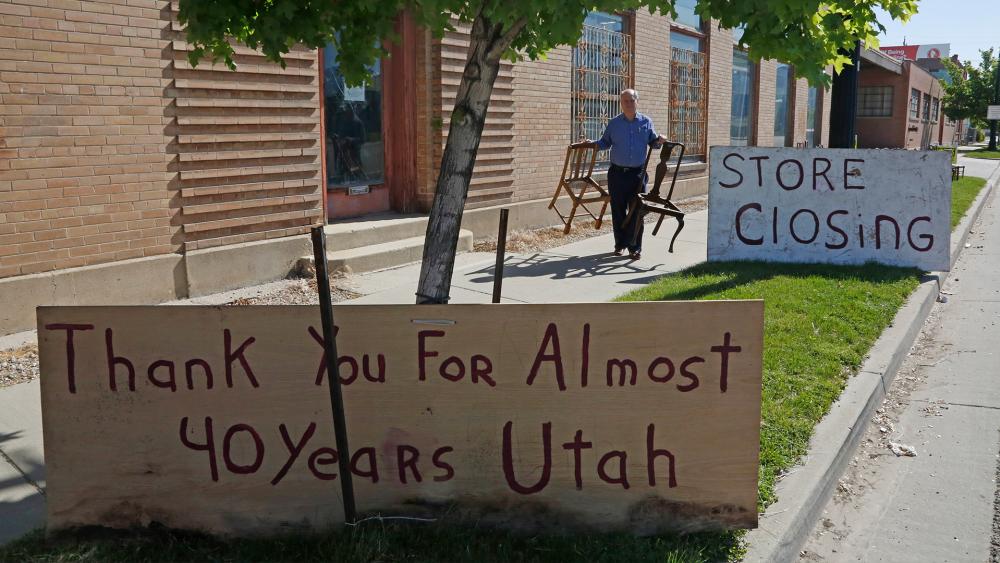 Business owner Scott Evans ended his art and antiques business in May of 2020 in Salt Lake City after 40 years, due to coronavirus impact (AP Photo/Rick Bowmer)

More bad news about the pandemic's impact on the economy came out today. Jobless claims are up again, and home sales are down.

The negative reports were expected since the coronavirus lockdowns have nearly ground the economy to a halt in some sectors. Sales of existing homes were especially hard hit, plunging 17.8% in April.

And another 2.2 million people filed for unemployment benefits according to a new government report. That makes 38.6 million jobless applications.

Among those 2.2 million people are the self-employed, contractors, and gig workers who just became eligible for jobless benefits for the first time.

Almost half of all Americans now say they, or someone they live with, have lost some or all of their income due to the virus.

Republicans in the Senate are holding off on another economic relief bill for now saying they want to see how money from the first bill is spent. That measure cost $2 trillion.

Some Republican senators say times are still hard for many businesses, and they think another bill is needed.