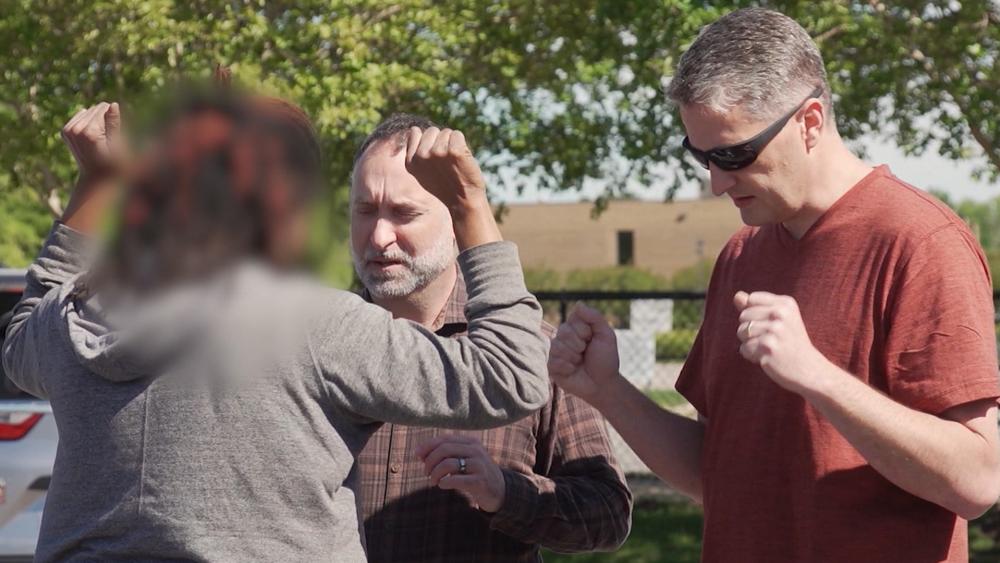 In Virginia, as of May 6, nearly 21,000 residents have tested positive for COVID-19 since the outbreak began and more than 700 have died. But a Virginia Beach prayer group is making a difference in this pandemic by praying outside of several area hospitals.

Almost daily since early April, Scott Gilbert and a few members of his group, "The Firestorm United Prayer Team," gather in the parking lot of Sentara Leigh outside the COVID tent and pray against the deadly virus and for the doctors and nurses who are treating patients.

The prayer group actually started before the pandemic began. But when Gilbert's Savior Martial Arts studio was forced to shut down due to the virus, he decided to use his time to encourage others. So, he called his prayer team and on any given day, you'll see them, arms stretched to the heavens, declaring God's healing power and deliverance for anyone who needs it.

"And so, we're out there in the parking lot, and the triage nurse (the triage is in the parking lot, you don't get to go in the hospitals now) hollers over to me and she says, 'Are you ok? Do you need help?' And I said, No ma'am, we're just praying. And she throws her hands up in the air, and she says, 'Well if you're praying, keep it up!' We had doctors sticking their heads out of the COVID tent saying 'Hey, my name's Mike, could you pray for me by name'," he recalled.

Gilbert says there's still a lot of fear among health care workers. For example, a woman who works at a nursing home drove up planning to visit the ER for extreme anxiety. Gilbert and his team asked her if they could pray for her in the parking lot.

"So, I was just able to pray for her and come against the spirit of anxiety, it completely left. She was crying, she was thankful, and we were able to minister to her in some other ways too," he said.

Gilbert says where he goes, Jesus goes, and that means miracles will happen.

"Really, I just want to provoke the body of Christ, normal Christians, you can do this!  I'm not special, I'm not a unique anything but the Lord lives in me, and He touches people and He casts spirits out of people and He heals people. So let's go pray for people, let's go bring the presence of God, let's go love people," he said.