Many MN Churches to Reopen May 26th With or Without Gov't Say-So: 'Worship Cannot Be at the Back of the Line' 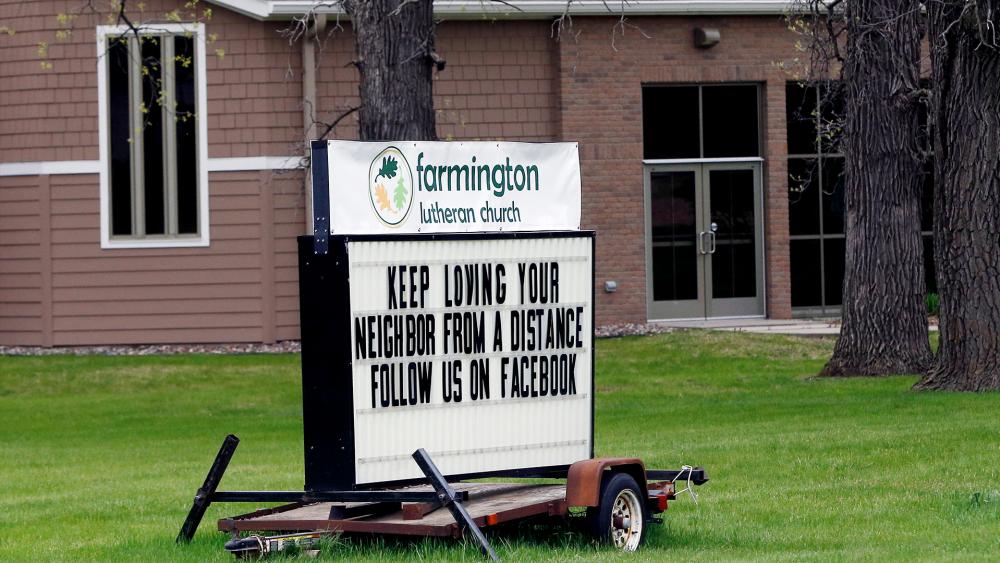 A church marquee has a take on the biblical "love your neighbor" and social distancing Wednesday, May 13, 2020 in Farmington, Minn. due to the coronavirus pandemic. (AP Photo/Jim Mone)
6158376040001

Many MN Churches to Reopen May 26th With or Without Gov't Say-So: 'Worship Cannot Be at the Back of the Line'

ABOVE: Becket Attorney Diana Verm appeared on the Thursday afternoon edition of CBN's Newswatch to talk about why the Minnesota governor's order to continue to keep churches closed is a violation of the First Amendment. Newswatch is seen weekdays on the CBN News Channel. For a programming schedule, click here.

In the early days of the pandemic, the Catholic and Lutheran churches of Minnesota closed their doors on their own to safeguard their congregations.

'No Pandemic Exception to the First Amendment'

But enough is enough for the Catholic bishops and the Lutheran leaders of Minnesota as they've seen Gov. Tim Walz recently allow retailers to fill their establishments up to 50 percent capacity while at the same time capping church worship services at 10 people.

On Thursday, President Trump said it's wrong to treat churches differently. "I want churches open, churches are not being treated with respect," he said. "We are going to take a strong position on that soon."

"I want Churches open, churches are not being treated with respect.. we are going to take a strong position on that soon." @POTUS remarks before heading to Michigan Ford Plant manufacturing ventilators.

"We are extremely grateful for the constitutional guarantee of the free exercise of religion in this wonderful country," Rev. Dr. Lucas Woodford of the Lutherans' Missouri synod said. But he added, "We believe that forbidding 11 people from gathering together in a church, regardless of its size, while at the same time allowing malls and other non-critical businesses to open for people to congregate fails to uphold that guarantee."

"There is no pandemic exception to the First Amendment, as a number of courts have said," explained Eric Rassbach of the Becket Fund for Religious Liberty, which is representing these Minnesota religious leaders. "The churches are asking for equal treatment, not special treatment."

Houses of Worship 'Completely Left Out'

Rassbach detailed that unequal treatment, saying, "A number of different institutions within society - malls, tattoo parlors, liquor stores, casinos, just your average retailer on the street - are all reopening and have a roadmap for reopening fully, whereas the houses of worship of all faiths have been completely left out of the situation."

So without the governor's say-so, the Catholic and Lutheran churches announced they'll resume in-person worship services starting May 26, with Sunday services resuming May 31, Pentecost Sunday.

Hopes Governor Will Avoid 'A Serious Violation of Religious Freedom'

"I'm hopeful that Governor Walz will heed our concerns and amend his order to avoid a serious violation of religious freedom," Archbishop Hebda said.

Woodford added, "Today is one of mixed emotions as we make the hard decision to reopen our churches for our communities after being left behind as the governor's office allows retail and other non-critical businesses to reopen."

The churches will all follow diligent safety measures to protect their congregants.

Not Taking This Reopening Lightly

"As a husband and father to six young children, ages two to 16, I'm especially mindful of protecting and caring for my family during a pandemic context," Woodford said. "In other words, the steps we are taking have not been entered into lightly. Now that the state has deemed the risk of spreading the coronavirus low enough to open non-critical businesses, we believe that we can responsibly and safely allow our communities to open in accordance with accepted public health guidelines."

Hebda and Woodford said Catholic and Lutheran leadership submitted to the governor's office their reopening plan on May 8th, including the details of the public health measures they'll take, but heard nothing back.

Woodford insisted they'd still like to hear from the government, saying, "As we have for months, we welcome a constructive dialogue with the state between now and then, one that hopefully results in religious worship no longer being treated in this discriminatory manner."

"It's not in our nature to push against the government, who holy scripture asks us to willingly obey," the Lutheran leader summed up. "Yet at the same time, just as the Apostle Paul exercised his legal right to appeal to Caesar while proclaiming the good news of Christ the crucified, so we have come to a point that we are conscience-bound to exercise our legal right of appeal regarding the extreme and prejudicial nature of the inequitable restrictions being put upon communities of faith."

Rassbach argued it's time for the government to trust churches, saying of the Catholic and Lutheran churches, "They're going to make every effort to ensure that there's not going to be any sort of danger that occurs from what they're doing."

For instance, the churches plan to restrict attendance to 33 percent capacity. Or as Rassbach put it, "If you think about pews in a church, two pews will be roped off, one pew open."

Families groups will be spaced off from other family groups or individuals. Spaces will be frequently sanitized, doors will be open, collection plates will not be passed and communion will not be taken from a single vessel.

'Religious Worship Cannot be at the Back of the Line'

He said of the Minnesota governmental leaders, "At the present, the plan is to reopen religious services sometime in Phase Four, which has a to-be-determined date at the top of it.  Under the First Amendment, religious worship cannot be at the back of the line. It has to be treated at least equally with other similar practices."

Woodford added, "Because we cannot abide in indefinite suspension of in-person worship, we have chosen to move forward in returning to worship. We do so humbly and respectfully."

During the media call, Rassbach was asked what will happen if the governor decides to crack down hard on the churches and try to stop them.

The Becket senior counsel indicated he expects nothing of the sort, saying, "I certainly hope that no one will be sending police into churches to arrest the worshippers. That's obviously something that would be reminiscent of some of the worst parts of world history - directly shutting down worship services."

And though he seriously doubts any such thing will happen, he said lawyers would be on-hand to quickly defend the churches and congregants. 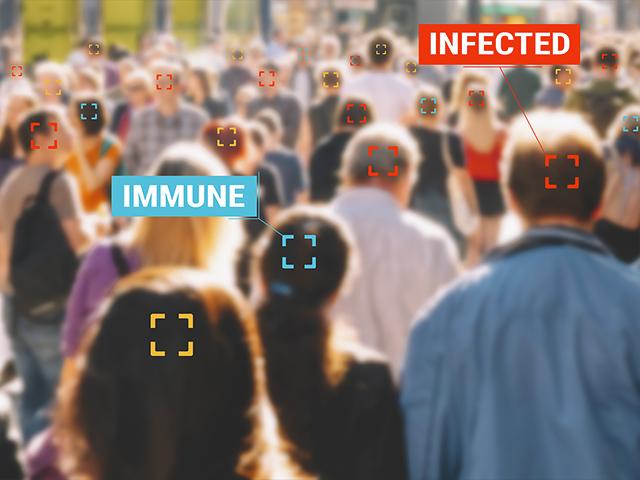