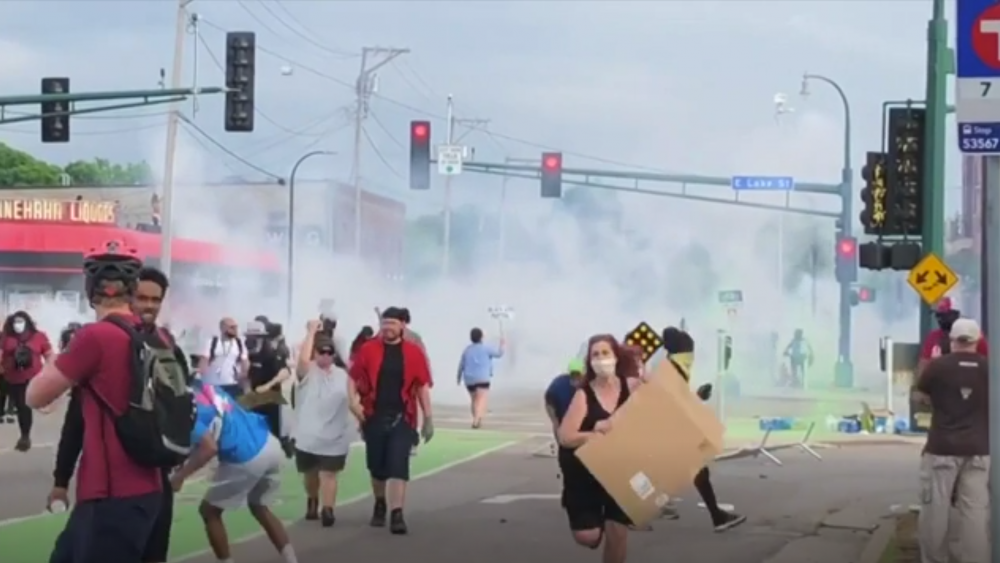 Protests turned violent and deadly in Minneapolis Wednesday night, with one man killed, as people across the country demand justice for the death of George Floyd, who died in police custody.

Demonstrators clashed with police and businesses were looted in Minneapolis. One Auto Zone was also set on fire.

Many demonstrators though marched peacefully.

In Los Angeles, protestors stopped freeway traffic, and others gathered in Houston where Floyd grew up.

Cameras captured the final moments of Floyd's life. The heart-wrenching video shows him pinned to the ground with a white police officer kneeling on his neck. Floyd, who was black, repeatedly gasps, "I can't breathe." After about 5 minutes, he stops breathing and appears unconscious.

Police were on the scene responding to a call about a forged check used at a store. All four officers have been fired and now, the mayor of Minneapolis is calling for that one officer to be arrested and charged.

Derek Chauvin, the officer who was kneeling on Floyd's neck, had reportedly received multiple complaints about police conduct during his 19-year career, but no disciplinary action was taken against him.

President Trump was asked about Floyd's death Wednesday in Florida. "We are going to look at it and we're going to get a report tomorrow when we get back," Trump told reporters. "But, a very sad day."

The president later tweeted he had ordered investigations into Floyd's death by the FBI and Justice Department.

At my request, the FBI and the Department of Justice are already well into an investigation as to the very sad and tragic death in Minnesota of George Floyd....

Trump continued, "I have asked for this investigation to be expedited and greatly appreciate all of the work done by local law enforcement. My heart goes out to George’s family and friends. Justice will be served!"

Faith leaders like Franklin Graham are speaking out too.

"This makes me sick to my stomach. What took place yesterday on a Minneapolis street, by the @MinneapolisPD should deeply concern each & every American," Graham tweeted.

This makes me sick to my stomach. What took place yesterday on a Minneapolis street, by the @MinneapolisPD should deeply concern each & every American. It’s inexcusable. To watch a police officer kill an unarmed black man is so disturbing. 1/3 https://t.co/GrbB6lnlKi

Police are not judge & jury. These officers will stand before God & the authorities on this earth for what they did.
Thankfully, this isn’t the story of every police department. Most law enforcement are servants who put their lives on the line to protect their communities. 2/3

Pray for George Floyd’s family, loved ones, and friends, that God will put His loving arms around them and comfort them during this tragedy. 3/3

Award-winning Christian artist Lecrae shared his thoughts in a video on Instagram.

"What we're experiencing out here right now in this world is pure, unadulterated evil," said Lecrae, adding a word about constructive anger.

"Use that anger to be constructive. Use it for prayer, for policy changes, for programs that we can get involved in and to change the way that things are right now." 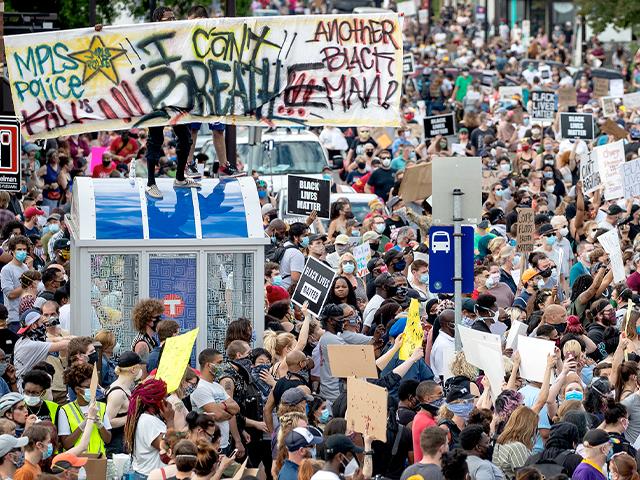 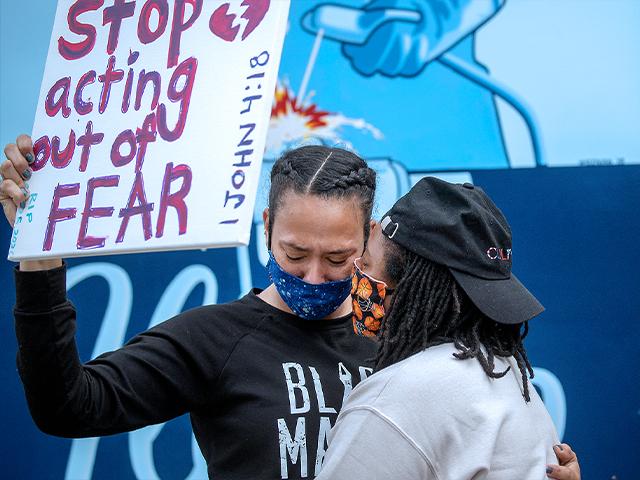