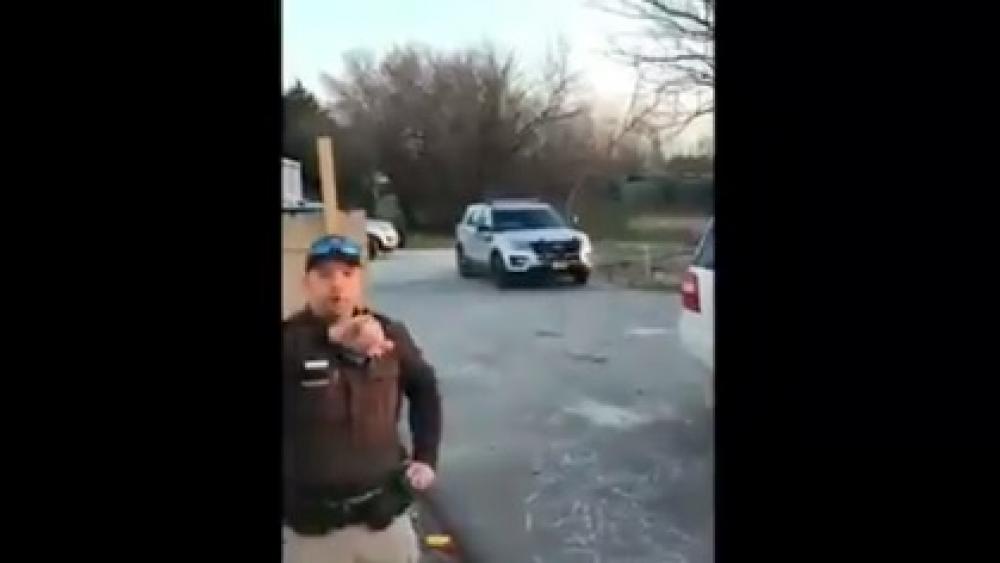 A Wisconsin mom videotaped two police officers who showed up at her home and accused her of “allowing” her daughter to play at a friend's house, an act they deemed to be in defiance of Wisconsin’s “Stay at Home” order.

The officers are clearly agitated and condescending in their conversation with the mother, who is addressed as “Amy” when she opens the door upon their arrival.

“Are you aware that we’re in a stay at home order right now by the government of Wisconsin? You’re aware of that? I don’t need to explain that to you? Ok, because I can if you need me to,” the officer says somewhat sarcastically.

“Your officer was here just two weeks ago and he said they’re not enforcing that order,” the mother said.

“Well, we’re about to,” he responded. “Stop having your kid go by other people’s home.”

Watch the entire interaction below.

Caught On Video: A pair of Wisconsin police officers on a crazed power trip show up at a woman’s home because she “violated a state order” by allowing her daughter to play at a neighbor’s house pic.twitter.com/JTtogvoE1X

There is no further context provided from the video clip, but frustration among Wisconsin residents is rising after the state’s stay-at-home order was extended earlier this week.

A woman verbally clashed with officers about her decision to open her store after being forced to close it down in March. WISN had the details of the back and forth:

“If you dare threaten to shut me down or give me a fine I will post this,” Darcy Bloom said in a video posted to YouTube. She recorded her confrontation with the police chief.

“You came into my territory, told me to shut down when I have food items, pet items, and bath products, we got bath products, so many,” Bloom said in the video.

“No, we are open year-round,” she replied.

“I’m gonna get an opinion on this,” the police chief continued.

Protesters also gathered outside the Wisconsin Capitol to voice their growing frustration. The AP spoke with one protester who explained why he was there.