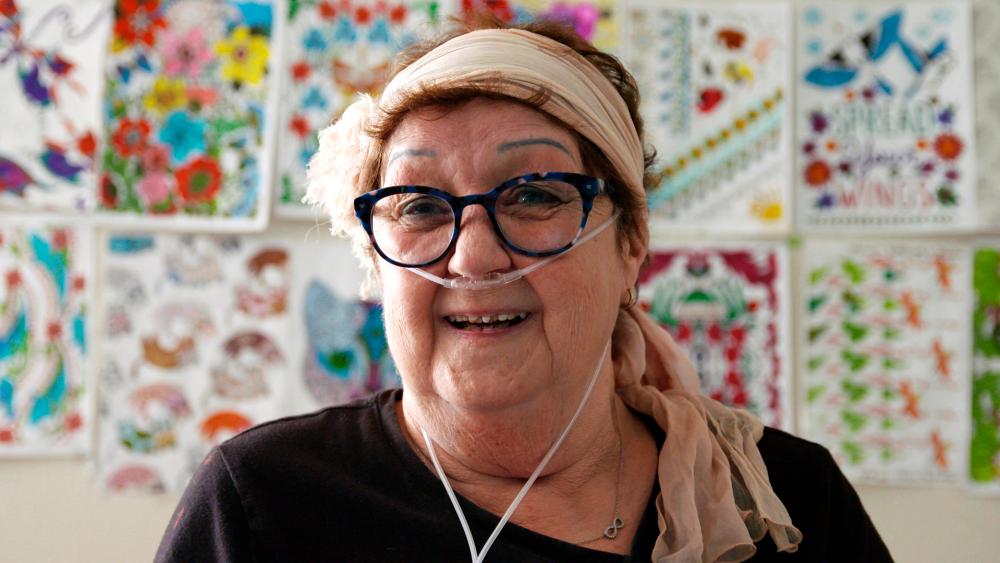 Norma McCorvey as she appeared in the documentary "AKA Jane Roe." (Image credit: FX via AP)
6158087748001
'They Manipulated Her Many Years Ago and Are Doing It After Her Death': FX Doc on Jane Roe Deemed 'Patently False'

ABOVE: Former Planned Parenthood director now-pro-life-activist Abby Johnson appeared on the Tuesday afternoon edition of CBN's Newswatch. During the interview, she was asked about Norma McCorvey. Newswatch is seen weekdays on the CBN News Channel. For a programming schedule, click here.

The attorney for Norma McCorvey –  aka Jane Roe of the infamous Supreme Court abortion ruling Roe v. Wade – has a warning for viewers of the upcoming FX documentary "AKA Jane Roe". He says, "Don't trust it. It's patently false."

And former Planned Parenthood director now-pro-life-activist Abby Johnson says McCorvey called her privately just days before her death. She tells CBN News that McCorvey's actions and life decisions were the opposite of what the documentary conveys.

In what the documentary bills as "a deathbed confession," McCorvey reportedly goes on camera to say her pro-life conversion was just an act. However, there are numerous facts and personal stories that contradict that so-called confession.

In an interview on CBN's Newswatch on Wednesday, Johnson was asked if McCorvey's conversion to a pro-life Christian was fake. She said two decades of history and her phone call with McCorvey prove otherwise.

"Her 22 years in the pro-life movement, of dedicating herself to overturning a law that bore her name was very sincere, and it was very real," Johnson says.

"And what I do know is that the abortion industry manipulated her when she was young, into being Jane Roe. And I believe that they manipulated her in the very last year of her life," she said. "What I saw in the final days of her life when I spoke to her on the phone was a woman who was contrite, she was repentant, she was tormented by what she had allowed the abortion industry to coerce her into doing."

Allan Parker, the founder, and president of The Justice Foundation represented McCorvey from 2000 to 2005 in her legal efforts to reverse her own case.

"In view of my many conversations with Norma and considering the sworn testimony she provided to the Supreme Court, I believe the producers of the newly-released FX documentary 'AKA Jane Roe' paid Norma, befriended her and then betrayed her. This documentary cannot be trusted and the perception it attempts to create around my friend and former client, Norma, is patently false," Parker said in a statement.

The facts of McCorvey's case cannot be denied, according to The Justice Foundation:

"I spoke to Norma McCorvey days before her death. It was the only time we had ever spoken. An unexpected call and a number I didn't recognize, I almost didn't answer. I am so thankful that I did. There was no long introduction. No formalities. She told me that she called because she needed to talk to someone else who had a 'big number' and would understand what she needed to ask me," Johnson wrote.

The "big number" was the number of babies who had been aborted while Johnson was at Planned Parenthood.

"Yes, I have a 'big number' - 22,000. But it was a drop in the bucket compared to the burden that she felt. My number was just part of 'her number.' Because she felt like she owned EVERY number. She owned my 22,000. She felt like she owned them all. Every abortion that had been committed under the law that bore her name...' Jane Roe'...they were 'hers'," she continued.

Johnson also writes about the burden that McCorvey carried with her every day of her life.

"Now imagine 50 million, 60 million. That's the burden that Norma carried. A self-imposed burden that she could not shake...that she carried with her until the day of her death. She was a fragile woman. A woman whose life was riddled with heartache. She was shamelessly used by the abortion industry at a young age. She was a vulnerable target for them and that's who they prey on. No one reading this can even understand the mental state of a woman tormented by that burden...especially in the last year of her life," Johnson wrote.

Johnson remembers McCorvey as a dedicated pro-life advocate and says the abortion industry has manufactured yet another lie.